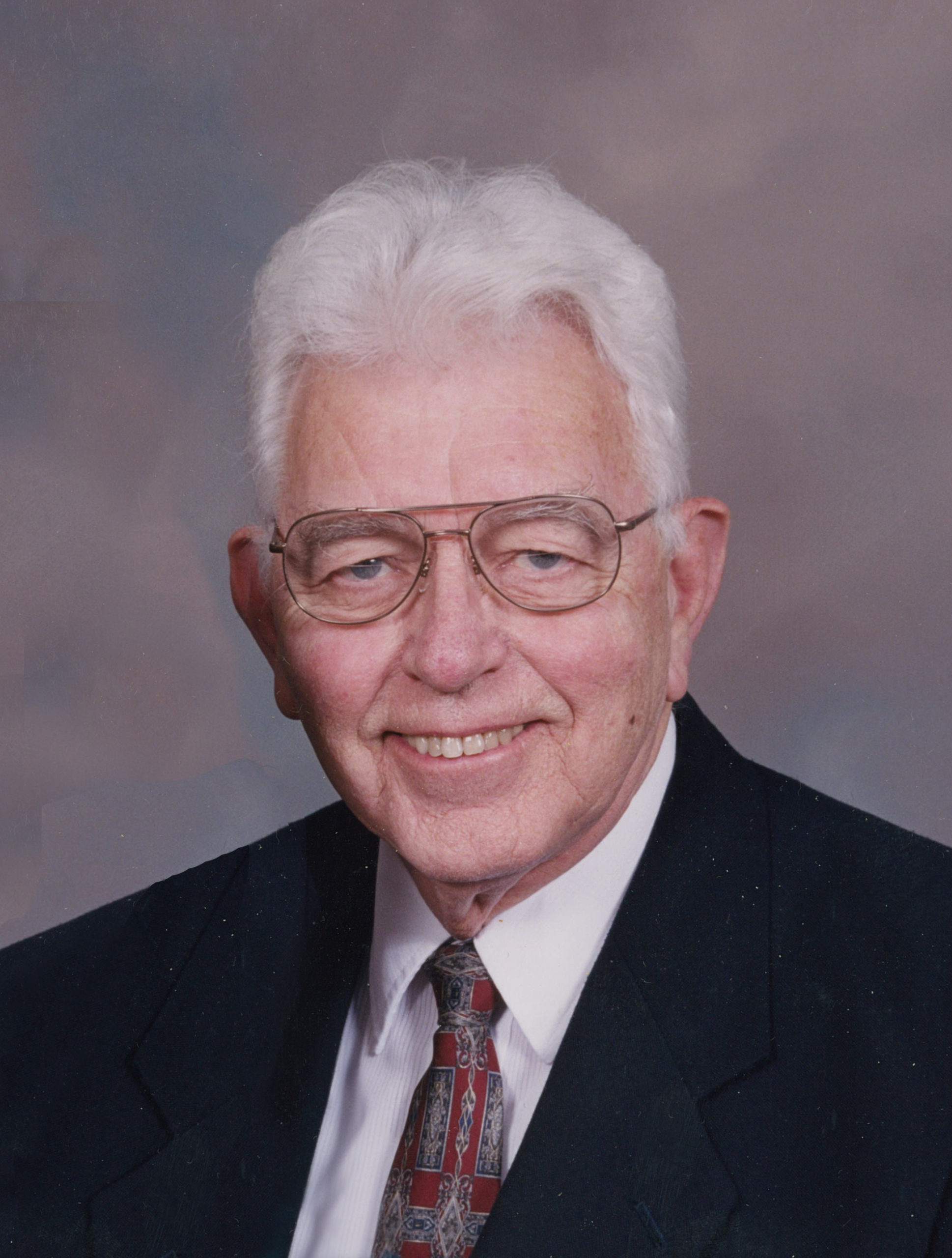 A Celebration of Life will be held at 11 am Saturday, July 24, 2021, at Trinity Lutheran Church, with Bishop Susan Candea officiating. Private inurnment is planned.

Donald Luther Conrad was born July 20, 1929 in Chicago, IL, to Rev. Theodore and Alice Conrad. He was named and claimed in baptism as a beloved child of God August 4, 1929. He was raised in a parsonage family, first living in Rush City and then St. Peter, MN, where he completed high school, and entered Gustavus Adolphus College in 1945, graduating cum laude in 1949. Don attended Augustana Theological Seminary in Rock Island, IL, beginning in the fall of 1949, with an internship in Galesburg IL, and a year in Europe (June 1952-August 1953). He graduated in May 1954 and was ordained into the Augustana Evangelical Lutheran Church, June 20, 1954. His first call was at Bethel Lutheran Church in Bemidji, MN and Zion Lutheran Church (Hart Lake) Cass Lake, MN, where he served July 1954 to January 1959.

While at the seminary, he met Janice Young of Frewsburg, NY, to whom he was joined in marriage July 7, 1956.

Over the years, Don and Jan travelled to many destinations in Europe, Africa, Central and South America. Among these were Lutheran World Relief tours to Peru and Bolivia, Kenya and Tanzania, and to Palestine and Israel. After a stroke in December 2019, Don died at Brandon Woods Retirement community in Lawrence, early on June 4, 2020, at age 90.

Memorials are requested to be given to Trinity Lutheran Church in Lawrence, KS, or to Lutheran World Relief.

A memorial service will be held at a later date.

Our lives were all blessed by you & Don’s ministry…. we cherish all of you as friends, and know your hearts are aching right now.
Ours are too, and our kids were sad when I sent them the obituary . Don always had such a wonderful upbeat attitude and always seemed to just the right thing to say to make someone feel better. Please know you and your family are all in our prayers. Let us know if we can help in any way.

From Ron and Joyce Wolf...

We will keep the family in our thoughts and prayers. Don was always so pleasant and seemed to have a permanent smile on his face. We truly enjoyed getting to know him and offer our sincere sympathies to Jan and the rest of the family.

Our hearts are heavy for you all. Uncle Don will truly be missed!!! Prayers for God’s comfort and peace. Sending our love and lots of hugs.

From Jan (Hicks) O’Neill on behalf of the family of Walter Jay and Jo Anne Hicks...

So sad to learn of your dear husband, father, grandfather and great-grandfather, Pastor Conrad’s death. How very blessed he was to have seen his children’s children and even their children.

As we mourn his physical death here on earth, we celebrate his birth into eternal life in heaven with his Lord and Savior, Jesus Christ. A faith filled and faithful man, Pastor Conrad was an amazing servant of the Lord. He fought the good fight and stayed in the race until he crossed the finish line on Thursday, June 4th, 2020. No doubt he was welcomed into heaven with Jesus’ words, “Well done, good and faithful servant.” May you be comforted by your strong faith and knowledge that one day, we will all be reunited in heaven.

Please know you have our heartfelt sympathy and prayers.

I am saddened to hear of Pr. Don’s passing as I will especially miss his bright smile and gentle nature, but it is at least comforting to know where he now resides. I’m sure, too, his sense of humor now makes the angels in Heaven laugh. You are in my prayers, Jan and family.

From Renee Melchiorre and John Sweets...

We are truly sorry that Don has passed. We held Don in the highest regard for as long as we knew him — over 30 years. We celebrate his extraordinary life with all those whose lives he touched. Don was a true humanitarian for he cared deeply about the hardships and sorrows endured by people all over the world. He reminds us of what it means to leave a legacy of respect and human kindness. Don was a gift to all who knew him. Jan, David, Julie, Anne and John, our thoughts are with you.

No kinder, more spiritual man than Don. He was always able and willing to offer guidance and support to anyone facing what might seem to be an unsurmountable trial. He made one feel that their concern was the most important event he had to consider. His spirit cannot be replaced. One can only try to use his memory as a ‘best’ example of how well a life can be lived in service.

Don was a man of faith, open to conversation, curious about the world, unafraid to explore places and ideas, and gracious in every respect. He blessed many and his memory has earned many blessings.

From John and Char Helgesen...

Our condolences to you and your family, Jan. We will remember Don as an excellent example of a “good and faithful servant” of the Lord. Blessed be his memory!

From David and Karen Kullman...

We are so sorry to hear about Don’s death. We first met him, along with Jan and the children, when Dave began grad school at KU 55 years ago, and we have been good friends ever since. Don was a kind, passionate person who was easy to talk to about many things, and we shared many meals and conversations together. Our hearts go out to Jan and the family.

Don was the very first “Lutheran” that I met at an information table my first day at KU in 1987. Even though I was Missouri-Synod, and was going to attend Immanuel, it didn’t matter. We became good friends for a lifetime. Attending Bible Studies on campus and our friendship with the Hoelters’. He was truly a gem!

Dear Jan and family, Deepest condolences from the Palmer family. I don’t know if you are aware that Bob died two years ago. Prostate cancer with bone mets. I am still in my own home in North Kansas City. Son Stan is a MoSynod pastor in SW Kansas. Daughter Jean is a nurse at St. Luke’s North. She and her husband now live in Lawrence. Daughter Elaine is an art teacher in Milwaukee.
You and Don were so very important in our lives as our children were growing up. Thinking of you with love and prayers for your comfort and peace.

Jan, when I think of you and Don, the word that comes to mind is “team.” His calling was yours, and I thank you for your faithfulness. May God’s comfort wrap around you like a warm blanket.

I was so sorry to hear about Rev. Conrad’s passing. He was always so kind and eager to help. When I was going through a rough time in my life, he called me up, invited me out for a meal and gave me some good and sound advice. He will be greatly missed. My thoughts and prayers go out to his family.

So sorry to hear about Don’s death. He was a good friend for many decades and always a good conversationalist. Not long after we came to KU more than 50 years ago, I met Don and learned that he was a friend of the man who had confirmed me, Bernard Erling. Don and I have been friends ever since. Our thoughts go out to Jan and the children.