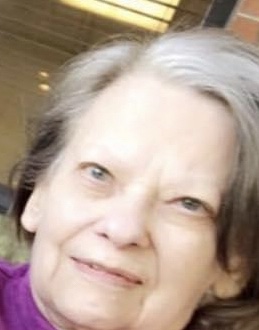 Margaret Jane Rogers passed away July 23 2020, at Hickory Pointe Care and Rehabilitation Center in Oskaloosa KS. She had previously resided at Legend Healthcare in Tonganoxie for over 4 years prior to moving to Hickory Pointe.

She was born January 10, 1938, to William and Frances Loving of Wellsville. She attended school in Ottawa and later obtained her GED in Lawrence.

She married John Willard Rogers in 1959. They had two children Dale Gene Rogers and Karen Kay Rogers. John and Margaret operated a pest control business from their home for 30 years.

Margaret also babysat many children in the Lawrence area for more than 40 years. She had attended various Baptist churches most of her life with her most recent being First Southern Baptist. Prior to her declining health she had resided at Babcock Place and had many friends there. She was known for her constant companion Skippy.

Karen & Dale,
Keeping you in my thoughts and prayers. Your Mother was a kind and sweet person.

Bless her heart, she always had a smile and good Word.
Loved her dog, thought of others, and was always friendly.
Know her family will miss her.

My condolences to the family. She was a kind and gentle soul.
She always wanted the best for others.