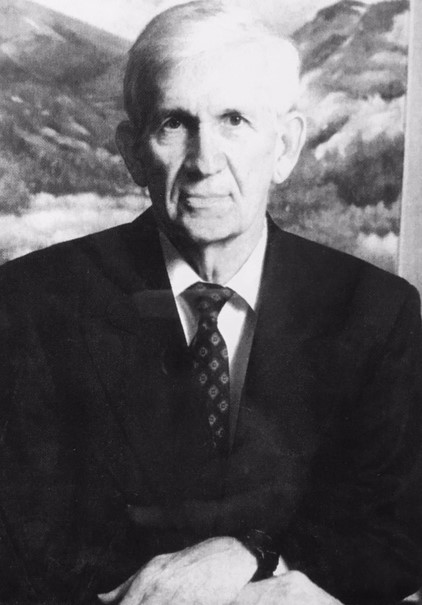 Ralph M. King, Jr, 89, of rural Lawrence passed away peacefully at home on Sunday, August 2, 2020. He was born August 28, 1930 in Stuttgart, Arkansas. He is predeceased by his parents, Ralph M. King Sr. and Ruth Kennedy King. He is survived by his wife, Mary Anne, and children, Ruth Anne Sneegas (Randy), Kathy King (Larry Chance), and Steve King, all of Lawrence. He is also survived by four grandchildren, John Sneegas (Dr. Liz Pollock) of McAllen, TX, Jason Sneegas (Alex) of Overland Park, Dylan Hedges of Vail, Colorado, Apryl Kincaid (Sam) of Mission KS, and two step grandchildren, Nick Chance of Mission, KS, Daniel Chance (Brittney) of Wildamor, California. There are three great-grandchildren, Park Kincaid, Olive Sneegas and Ireland Chance and three more will make an appearance before the end of the pandemic.

Ralph spent his childhood in Stuttgart, Arkansas, the rice and duck capital of the world. His family moved to Memphis,Tennessee, where he attended secondary schools. One of his last reminiscences was of sitting in a dull class on a hot day and hearing the animals calling out from the zoo across the street from the junior high. Ralph maintained friendships from his high school days in Memphis and he and Mary Anne traveled to the Georgia coast for many years to reunite with them. Visits home from college were to Stuttgart as his parents had moved again. While never an avid hunter, he enjoyed the outdoor hunting experience with family and watching the sky, dark with ducks flying over the rice fields. Duck memorabilia permeated the household over the years and these items remain on the shelves of his children today.

Ralph graduated from Kansas University in 1952 as a proud third generation Jayhawk, earning a degree in industrial management. While at KU, he was a member of the Sigma Nu fraternity. He took a music history class, joined a choral group and fell in love with music, filling the halls of the fraternity with classical recordings on red vinyl 45’s. He then fell in love with his wife, Mary Anne Forman of St. Joseph, MO when they were both in the cast of The Bartered Bride. Mary Anne was a dancer, and he played the role of Micah, the landowner. The leading man of this production was James Ralston, the future director of the KU choirs. Ralph then graduated from the KU law school in 1954. After college, Ralph and Mary Anne married in St. Joseph, MO on September 11,1954. They spent two years in Springfield, Massachusetts where Ralph was in the army as a lieutenant stationed at the Springfield Army Ordnance District. The Korean War ended, and he and Mary Anne returned to Lawrence with a six month old, where he began his private law practice. They eventually fulfilled their dream of living out in the country and Ralph was able to live his last days where he wanted to be, in his rural home south of town on his historic family homestead.

Judge King had a “Matlock” style, as described by his colleague, Robert Fairchild, which put people at ease. Ralph practiced law in a house on Kentucky St, sharing the space with fellow lawyer Mike Elwell, who became a lifelong friend. He then officed with George Melvin and Wes Norwood in a downtown building upstairs over the King of Jeans. This wonderful, classic, colorful atmosphere was worthy of a scene in a John Grisham novel, however the stairs were difficult for clients so Ralph and Wes built a lovely office building which is now the Mathews Center next to Trinity Episcopal Church. Ralph had tremendous respect for and friendships with his former law partners, all co-workers, law enforcement and all with whom he shared office space.

Ralph was a member of the Lions Club, Plymouth Congregational Church, and was very involved with the early days of the Lawrence Aquahawks, often announcing at local swim meets. Ralph supported all athletic endeavors for the family including swimming, gymnastics and snow skiing. Family ski trips to Breckenridge and the condominium in Dillon, CO are priceless memories. Ralph earned quite a few medals of his own, swimming and throwing the discus in the Senior Olympics. He participated in the national event in San Antonio in 1995.
Ralph enjoyed traveling in the later years with his wife to places including the British Isles and Paris. They frequently went to Estes Park, Colo in September to celebrate their anniversary. He enjoyed the company of his Target coffee group, the Perkins Breakfast Club, and bridge club. Family was always the most important thing in his life and he never missed a sporting event to watch his beloved grandchildren. He made friends sitting in a chair at the ballparks, in the bleachers, and the fields of cross country.

A graveside service for the family is being planned at Oak Hill Cemetery. We can’t pack a church at this time, but we can pack our hearts with good memories and not let Covid-19 be that cruel spoiler of closure. We are grateful for the numerous kindnesses shown by health care providers and friends throughout this past year. Our father had a calming presence and voice and he will be missed.

If you would like to send a memorial, the family suggests Lawrence Memorial Hospital Endowment Association (LMHEA), Boys and Girls Club, Visiting Nurses Association (VNA) or the Senior Center sent in care of Rumsey-Yost Funeral Home, 601 Indiana Street, Lawrence, KS 66044.

To Ruth Anne, Randy, and Family,
So sorry for your loss. Reading his obituary – your dad was one amazing man! He had many talents and was well-loved in the community. I hope my mom has taken him to the nearest pool and they are both happily swimming laps. A toast to a life well-lived!

From Linda and John Lungstrum...

Ralph was truly a good person and his loss will affect us all. John knew him from the legal side and both of us knew him from Plymouth Church. Please accept our condolences..

To the King family – I worked for Judge King in the court system for a number of years. He tried to always be fair and impartial. He was not pretentious and treated all with respect. So sorry for your loss.

I had the pleasure of sharing part of my childhood with the King family while they lived in town on “Pill Hill”. I remember Mr. King as an incredibly kind man. It was a sad day for our neighborhood with the Kings moved to the country. Love and prayers to the whole family.

Barbara and I are so sorry for your loss. When Ralph retired from the bench his absence was felt significantly by all the judges. He had a calming way about him that made any problem a little bit easier for us to resolve. He was an excellent trial judge whose thousands of decisions were rarely overturned. By his example, he made the attorneys who appeared in his court better attorneys.

Mary Anne and family: Ralph was an outstanding Judge, a devoted family man and a valued friend. I join you in loss.

I had the good fortune to become acquainted with Ralph in the practice of law and appearing in his court when he was a Judge. I thought of him as a giant in the legal profession. As a judge he always seemed to endeavor to find a way to apply equity as well as the law to difficult circumstances. Beyond that I thought of him as someone often called a “renaissance man” with a broad scope of talents and interests. He had a good understanding of human nature. Virginia and I extend all our condolences to Mary Anne and all the family.

Mary Anne and family,
I am so sorry for your loss. You and Ralph were good friends to my parents, Gene and Pauline Nunemaker. They shared many happy times with Ralph at the bridge table and in Lions Club. Our family has great respect for you and Ralph. Our condolences. Mary Ross

Prayers for your family and friends.
I remember meeting Ralph when i was young and he always was so inspiring and full of wisdom. Kathy and Steve were friends of mine growing up and when i spent time at the house, it was always enjoyable.
sorry for your loss.

Condolences to the family. Ralph taught me in law school in a seminar called Trial Practice, with Jack Brand. He and Jack teamed up well and we all learned a lot. Later, I appeared before him when he was a Judge. He remembered that I was in his class, and was very professional.. A good guy and a very good teacher.

We are sorry for your loss. He was one of my Favorite Judges to testify before in my early years. Everything they described was true

Ruth Anne and Kathy, Mike and I are so sorry to hear of your dads passing. What an amazing man that led an amazing life. I know he will be dearly missed.

Kathy and family. So sorry to hear of your Dads passing. Thoughts and prayers to all the family during this difficult time.

From Jean and Floyd Goostree...

Kathy, so very sorry for your loss. Please know our thoughts and prayers are with you and your family.

Ruth Ann …. I am so sorry to hear about your father’s passing. I read his obituary and he sure had an amazing life. You and your family are in my thoughts and prayers.

Kathy and family-I am so very sorry. Your Dad was someone who led his life and raised his family with the strongest of morals and values. He was a good, honorable man. He will certainly be missed by his family and community.

Love and prayers for all of your family, beautiful life!

Ruth Anne & Family, we are so sorry for your loss. I did not know Dad well except I did serve on a jury in his court once. He was very gracious & professional. I know you will all miss him dearly. Hugs & Prayers Debi & Rod

mary anne, i have been your local waitress for 15 years and you two have been like family to me and the judge was so good to me. i will never forget him and your kindness. thank you for the beautiful memories every sat morning i had so many laughs with those men and then soon to the women thank you.