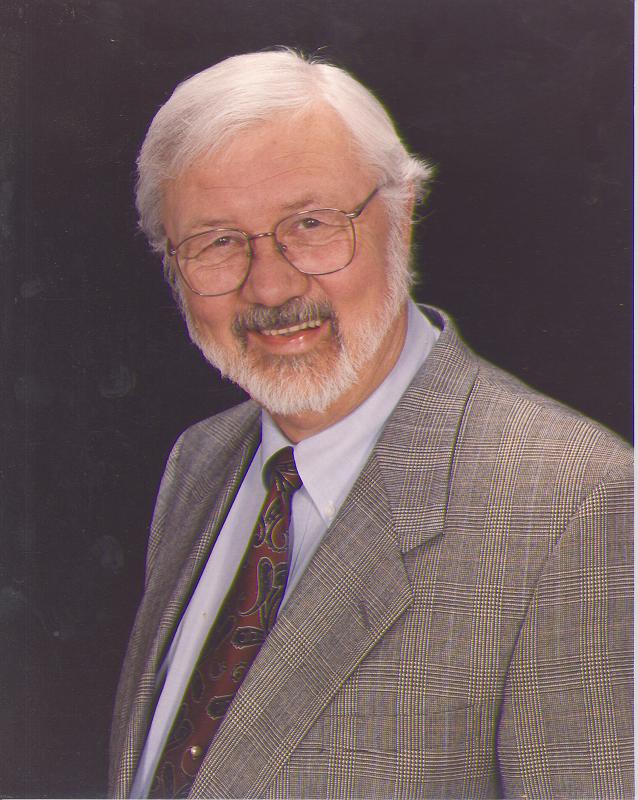 The headwaters of the Kenneth Harvey Koger river of life originated at Horton Hospital in Horton, Kansas on August 14, 1936 where he was born to Dorothy Eleanor (Crawford) Koger and Stephen Harrison “Harry” Koger, Jr. He was blessed with a mother and father who took a great interest in his education, nurturing his curiosity and encouraging him to question all things. His mom was a high school teacher who excelled at teaching without prodding. His father had significant influence as well, and he carried throughout his life his dad’s favorite advice, “If something seems too good to be true, it probably is.” Like most of us, Ken didn’t truly appreciate their involvement until he was older.

Ken attended one‐room schoolhouses in his elementary and middle school years: grades 1‐6 at Maple Grove School in Willis, Kansas and grades 7‐8 at Fairview School. He graduated from Horton High School in 1954 and remained lifelong friends with many of his Horton classmates. He attended Highland Junior College for a year then transferred to K‐State for two semesters. His younger brother Johnny’s untimely death at this time had a significant impact on Ken, setting him somewhat adrift. He landed at Ottawa University, where he played collegiate football, and graduated with a degree in economics in 1960. He was a firm believer in the merits of a well‐rounded liberal arts education and frequently encouraged his children and grandchildren to always “keep your options open”.

His decision to attend Ottawa University turned out to be a percipient choice, as it was there he met Ruthanne “Chris” Christian in his senior year. Ken and Chris were married on March 4, 1961 in Topeka, KS and celebrated almost 60 years together, encompassing fantastic highs and unexpected lows. They reared their children, Pam, Jim and Steve, first in Topeka, then on the Horton family farm where Ken had grown up, finally moving to Kansas City when the boys were in high school. He often glowingly and with greatest respect credited his sweetheart Chris for being the primary driving force behind the successful rearing of their children and the development of their character.

Ken’s curiosity led him to a career in the stock market. He was always interested in what made a company work, and what would be the next big thing. He started as a trader with Burns Pauley in Topeka. Never one to sit back and follow directions, he and his good friend Ron Reimer started the investment firm Reimer and Koger in 1973, headquartered in Merriam, Kansas. The firm grew to be more successful than anyone imagined, managing investments for Kansas golf hero Tom Watson, as well as many others. An article in the Wall Street Journal highlighted the firm’s early focus on the field of genetic engineering. The firm also worked to invest Kansas money in Kansas companies with a goal of improving the Kansas economy overall. Such long‐term goals can be hard to achieve, but Ken was never one to back down just because it wasn’t easy.

In his quest to stay curious, Ken also had the opportunity to travel the world both for business and for pleasure, including visits to the Australian outback, Rio de Janeiro, London, and Japan, among others. Believing that when in Rome, one should do as the Romans do, he was always open to sample unfamiliar items on the menu to get a taste of the local flavor. He did note a particularly memorable meal in Bangkok, Thailand, stating graciously “it’s best if you find you have a fond affinity for stewed frog.” We believe that was his way of saying he held his dinner of stewed frog only in medium‐high regard.

Ken was unfailingly generous and complimentary of others who had a positive impact on his life’s trajectory, as noted in his words from a 2019 family Christmas letter: “Another wonderful year is about to be completed. We both think it’s been a wonderful ride. Yes, ‘we have entered that blessed state when you forever cease to give a damn’, a widely remembered quote by English writer Henry Green.

Hopefully this quote will help you better understand our sometimes irreverent attitudes. My sweetie and I count our blessings for having such a wonderful family. When wonderful things happen to the family, it’s important to remember we have been blessed with important mentors, both human and spiritual. Thanking all that have come before us to make everyone’s lives better.”

Ken passed away at Lawrence Memorial Hospital on Friday morning, October 9, 2020, in his 84th orbit around the sun. His last words to his family in an email the night before he passed are indicative of his consistently thoughtful, grateful and humorous nature: “Thanks for your concern and support. If everything works according to plan, I may be able to suit up for the big game on Sunday.”

As his final gift to furthering the education of young minds and the progress of humanity, Ken donated his body to the KU School of Medicine for study of his Parkinson’s. In his honor our family would like to ask that donations be made to the Parkinson’s Foundation. He would have also encouraged you to make a donation to save the world through a cause he felt worthy: 350.org.

No in‐person services are planned at this time. A memorial service via Zoom will be held on 11/15/2020 at 2:00 pm. Please email kennethkogermemorial2020@gmail.com if you would like to attend and the meeting link will then be sent to you.

I was honored and rewarded for having known Ken Kroger. He was truly a blessing in my life and I will miss him. As a mentor he had a profound impact on my upbringing and business career. To this day, I repeat many of many of the simple phrases or Kogerisms that so pointedly captured many of the important elements of the human spirit. My condolences.

Amazing write up for an amazing man. I admired him very much!

Chris.
I’m so sorry to hear this news. May Clay and Ken find he other and discuss the lives of their lives forever. Until we meet again Love to all of the family of Kogers

I held Ken in the deepest regard. Because of our friendship, I benefited from your father’s wisdom and kindness. In high school I was sure you had the coolest dad ever. He took us to our first rock concert and I think he genuinely enjoyed it! I am so sorry for your loss but his legacy will live on.

Chris and family,
My deepest condolences to you all. I remember good times at family gatherings on the farm when we were young. Take care.
Tonya (Grosfield) Jones

From Gary and Lisa Speer Merz...

You will always have the memories. May they bring you peace. Having buried a parent myself, I know your pain. Please know you are being prayed for

We are saddened to hear of this loss but are joyful that he lived life to the fullest. Joe and Helen Koger

Chris
I am sorry for your loss. May God bless you & your family.

Chris and family,
Our hearts and prayers are with you.
Bob, Evelyn, Sarah, Ben, Irma

Chris, Michele sent me this link this AM. I am so sorry to hear this news. Know that my thoughts and prayers are with you and your family. Ken was a special cousin and friend during our years of growing up together. His sense of humor and positive outlook on life was a blessing to all of us.
Love, Naideen