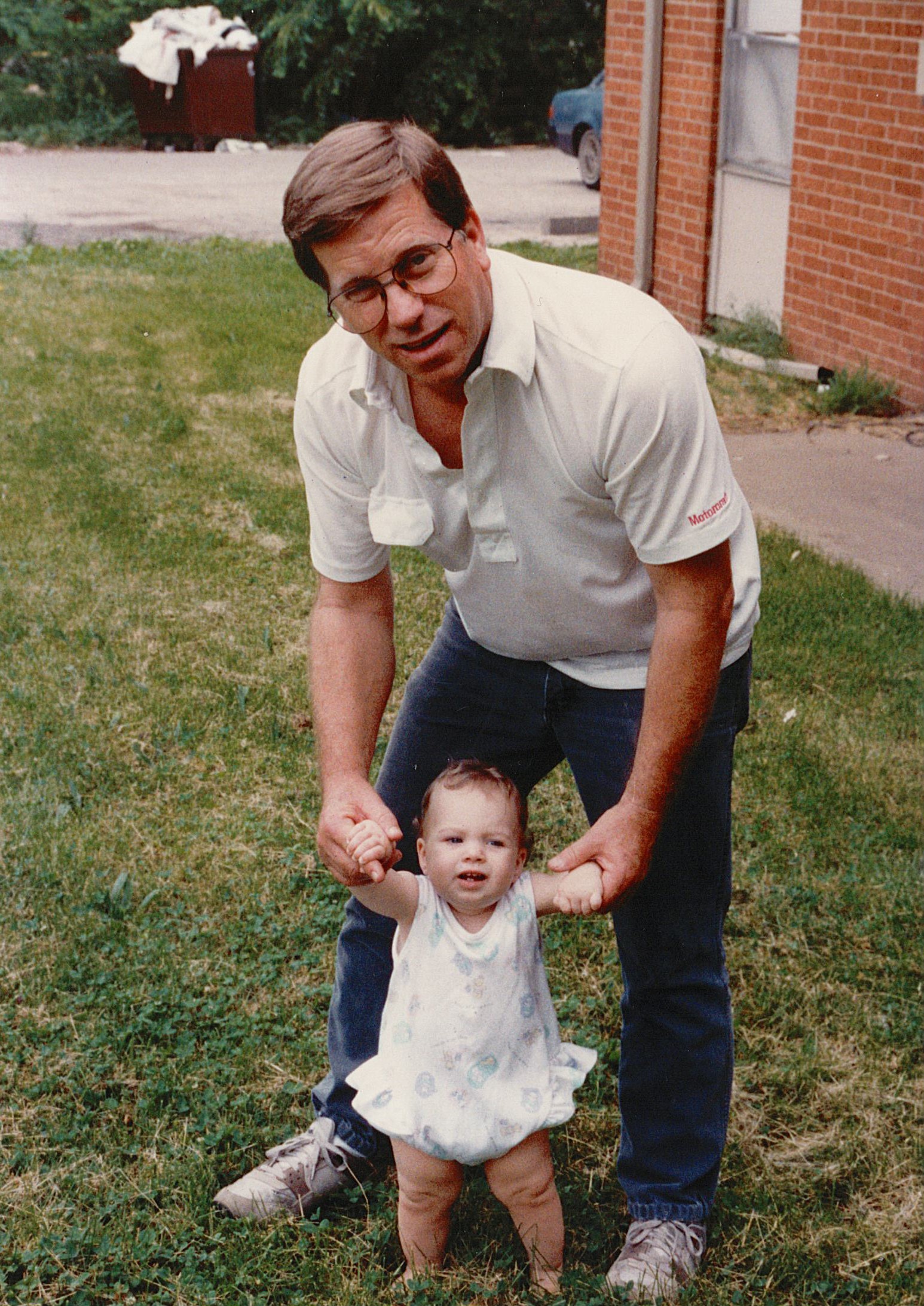 He was born November 6, 1942, in Marysville, Kansas, the son of Floyd Allen and Irene Agnes Jones Rutherford. He graduated from Manhattan High School in 1960 and attended Kansas State University.

Mr. Rutherford worked as a parts man in the automotive industry. He enjoyed golfing, painting, traveling to Oklahoma, and racing and working on cars in his early years. He was a collector of Route 66 memorabilia and whenever possible would use the highway during his travels. He was a fan of Kansas State sports and liked John Wayne movies.

He married Ruth Ann Crowley on November 16, 1963 in Manhattan, Kansas. She died November 28, 2010. Allen was lucky enough to find love for the second time, when he married Barbara Ruth Hoffman on April 7, 2014 in Lawrence, Kansas. She survives of the home.

He was also preceded in death by his parents and brother, Newell Nelson Rutherford.

No services are planned.

Allen gave my mom happiness and in turn she gave him a new lease on life. He blended well with the family from the beginning of when him and Mom started dating. He appreciated me accepting him knowing that I had my mom all my life and now I was sharing her with Allen. It was hard at first but I knew my mom deserved this after raising me on her own. Allen has a funny sense of humor and always made us laugh. We always teased each other- one time he called to let me know that he and Mom were in Graham Texas, He laughed so hard when I asked him if he picked up crackers. Allen really loved his route 66 and knew where the best diners were along the road. My only one wish was that we all could of gone to the Route 66 Museum together. One day I may have to go there in his memory. He will be sorely missed. Everywhere I look in the house I can hear his voice – phone calls when I call and he would answer: Whaddaya want ( pretending I’m a telemarketer). His last days I took him and Mom to the store. As much pain as he was in from his surgery, he still manage to reach over and tickle me in the tummy as I leaned over in the back to help Mom fasten her seat belt. When I looked up he had that ornery grin on his face. I remember when I dropped them off and was leaving I gave him a big hug kiss on cheek and told him I loved him not knowing that was the last time I would see him and told my mom I loved her too. When I see a John Wayne or Route 66 I will always think of him. He was the light in my mom’s eyes and best thing that ever happened to my mom. As I close I like to post a John Wayne quote: . “I want to go out in the world again and see the trees and the lakes and the hills and the sky.” – because I know that is what Allen loved to do.

Sorry to hear of Meredith’s passing. He was a good friend at Manhattan High. My condolence To his wife & family

So sorry to hear of Allen’s passing. I always enjoyed seeing the pictures of Barbara and Allen that Kristi would post on FB. They always looked so happy.

So sorry to hear of Allen’s passing. He was such fun to be around. Prayers for the family.

Just missing my friend of over 65 years. Rest well, my friend. R I.P.

I was shocked to see the obituary in the paper.I saw Allen at my wife funeral in late August. I am so sorry to hear of his passing. I knew Allen thru his first wife Ruth. Please accept my condolences and my thoughts and prayers are with the family.

Was a shock to hear of this today while I was at work. Doing what Allen started training me to do at Laird Noller back in 1993. Selling Ford parts. But now at a different dealership. Allen was always smiling and fun to be around. He had some of the best jokes ever. And always a quick whited response. And loved ” Blazing Saddles” quotes. He introduced me to Route 66 and I am planning to travel it in a few years. I hate to say I didnt stay in touch with Allen enough once I changed jobs. Allen, “mongo dont know where choo choo go, Mongo just pawn in game of life”. You will be missed good buddy!