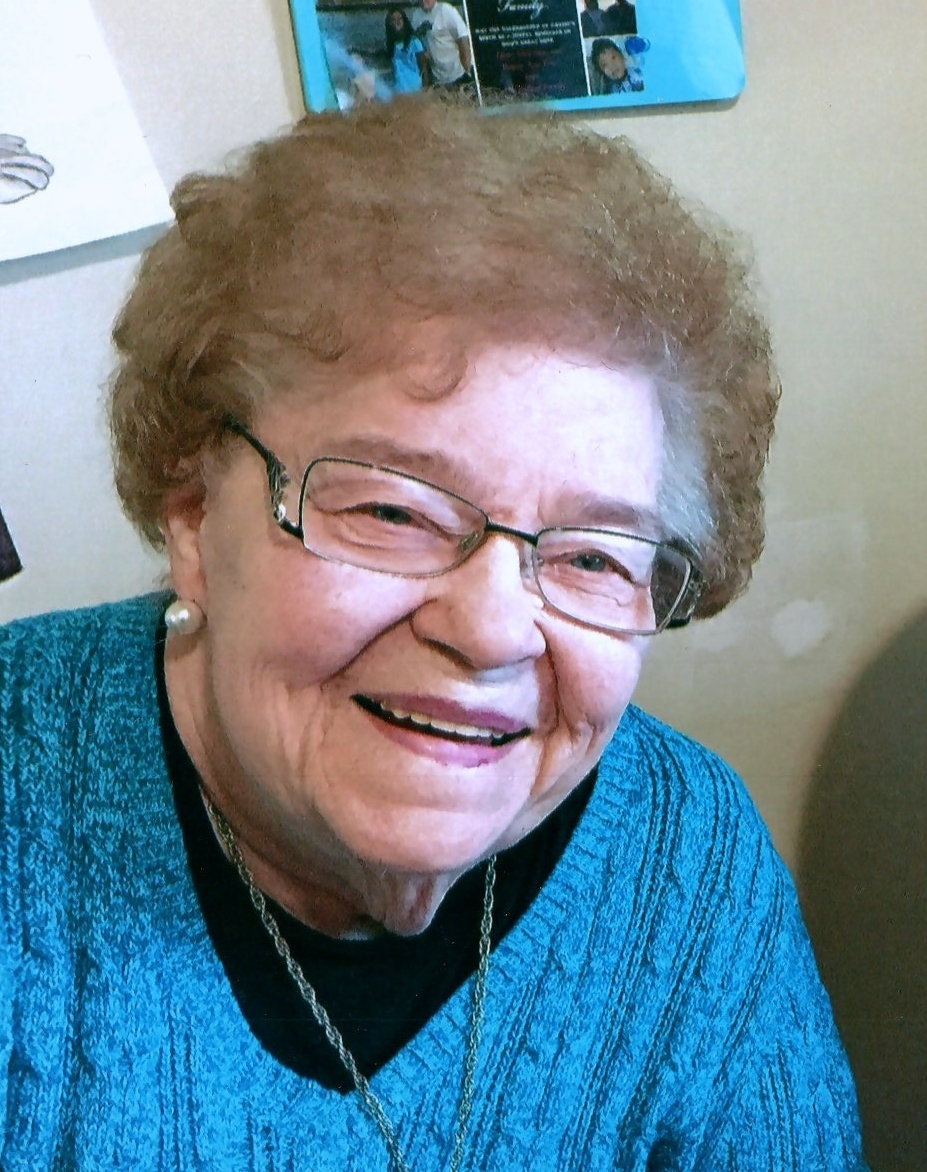 Naomi was born August 24, 1930 in International Falls, Minnesota to Merrill and Sadie (Anderson) Deneen. Oldest of 6 children, in 1948 she married Edward “Eddie” Roste. They met at a dance in Canada and never parted again. They were talented dancers and that dancing kept them stepping to their own tune through 51 years of marriage that only ended with Eddie’s passing December 25, 1999. Together they bought a restaurant, Aztec Inn, in Lawrence, Kansas where they worked hand in hand for over 25 years.

While Naomi enjoyed running their restaurant, she still wanted to pursue a career in nursing. So, she obtained her CNA certificate and worked in a nursing home in Lawrence. As a CNA she also visited patients in their home which allowed her to participate in the care of her paralyzed son, Corky, until he passed in 2000.

The couple was gregarious and enjoyed many a Caribbean cruise where they entertained everyone with their swing dancing expertise. They were always the life of the party.

Nothing brought Naomi more joy throughout her life than “babies”. She loved babies with such unabashed passion that if we were out shopping and heard a baby crying she would seek out the squalling little one to hold and comfort. Though sometimes embarrassing, without fail the mother would just be grateful for the help.

In retirement Naomi was an avid bowler, bowling two to three leagues a week. She was also a member of the Red Hat Society and enjoyed many outings all over Denver where she resided with her daughter Colleen. Anyone who knew Naomi remembers her as a diehard Kansas Jayhawk fan who could raise the roof with her cheering (and cursing) when they were playing on TV. She was an avid reader and was known to read 3 or 4 books a week when she wasn’t taking down someone in a game of cards or cribbage.

As Naomi aged and she needed more help, she transitioned to Fosston, Minnesota where her eldest daughter, Bonnie, a nurse, resided and soon after entered McIntosh Senior Living. There she continued cheering on her beloved Jayhawks, reading and playing cards with anyone brave enough to take her on. She was a well-dressed lady to the end and always insisted on donning matching earrings and necklace each day along with her always immaculately painted nails which of course matched whatever colorful ensemble she put together.

Naomi was preceded in death by her parents, a brother Earl Deneen, a sister, Carole Cassibo, a son Corky Roste and a grandson Benjamin Bennett.

Messages of condolence may be shared at www.carlinfuneral.com or rumsey-yost.com.

I’m so sorry to have read this today. Many fun hours were spent at Aztec Inn & being greeted by Naomi, first in d.t. Lawrence, then 6th, to 9th & Iowa. I’d start my laundry at the laundromat in the shopping center & buy 1 gr. beef enchilada, 1 taco & of course, cheese dip! My sympathies to the entire family.

Sending prayers for peace and comfort during this time of loss.i worked at the Aztec Inn in the early 70’s as a teenager and was my first job. Remember Ed and Naomi as well as Corky and Julie ….. hold close your memories as you grieve this loss.

So sorry for your loss!

Sorry for the loss of your Mother, I have great memories of fine dinners your Mom and Dad made. They would come to bar after a long day, they would entertain us with there passion for dancing. Prayers of peace and comfort as you endure this difficult time

Naomi was a wonderful lady. I worked with her as a CNA in Lawrence in 1993. She was a hard worker and a very caring lady. I am
glad I got to know her. I am sorry for your loss.