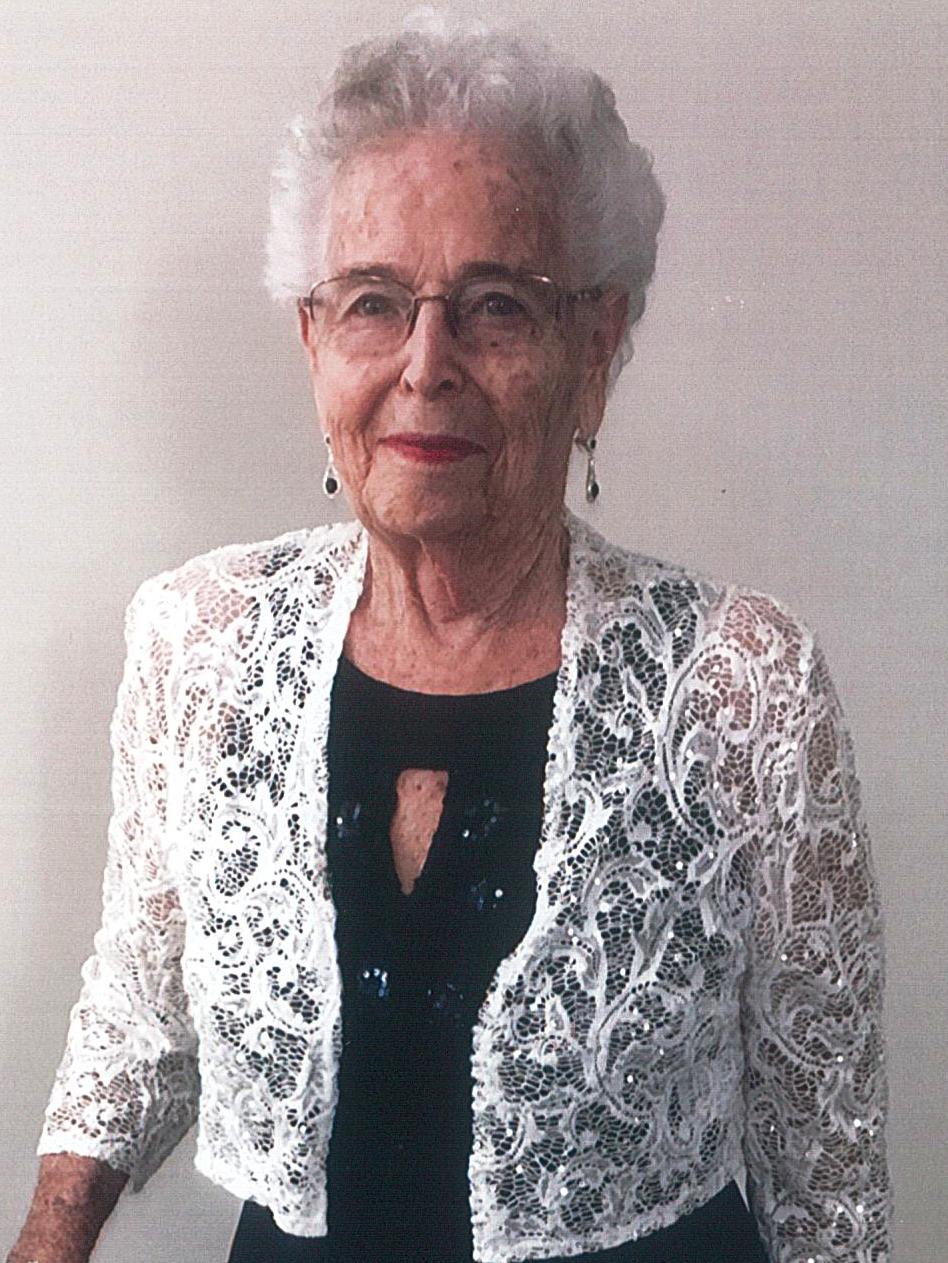 Private services will be held for Mary Ann Chamberlin, 90, Lawrence. She passed away at her home on January 14th, 2021.

She worked at the Douglas County Appraiser’s office from 1975-1992 until she retired. She was a lifelong member of Clinton Presbyterian Church. In her spare time Mary Ann enjoyed fishing, camping and traveling.

She is preceded in death by her parents, husband and brother William Herschell.

Memorial contributions may be made to Clinton Presbyterian Church, sent in care of Rumsey-Yost Funeral Home, P.O. Box 1260, Lawrence, Kansas 66044.

She was my other Mother. Bob was my other Father. They welcomed me to the family graciously and taught me life lessons that I never would have learned. We had a special like and love. Priceless. They will forever live in our memories, all of our memories. In lieu of condolences, I wish you the pictures in your heart and mind. Just as I have kept them. Love to all. Mart xo

I was introduced to Mary Ann when my mother, Mary (Tyke) Callicott was a resident of Arbor Court a little more than five years ago. She was so fun and I loved her stories and she was interested in mine, too. Always so engaged. The Fall of 2019 Richard Ramos drove a group of residents to the church supper at Lone Star. We visited a long time. It was the last time I saw her. That evening in particular she was, in a word, delightful. Godspeed, Mary Ann. Peace and Blessings to you all, Donna C. Hoffman

Sorry for your loss. Your Mom was a great person. My thoughts are with you.

We are so sorry for your loss of your mom. Cheryl & Charlene visited with MaryAnn on the phone a few weeks ago. She told us about each one of her children & grandchildren. She loved them dearly & was so proud of each of you. Mary Ann was a fun personable lady. Our families had so much fun when we were growing up while our parents loved to play cards together. MaryAnn & Bob would travel south in their camper and my parents Don & Charlene would catch up with them & have a lot of fun together playing cards & visiting! Their friendship & fun goes way back before any of us were born. Special memories to treasure! You all are in our thoughts & prayers.
Love, Charlene, Becky, Cheryl & family.

“I met Bob Chamberlin on June 11, 1963, and Mary Ann soon thereafter. What a wonderful couple. Sincere condolences to their family.

I am so sorry to hear of your loss. I always remember Mrs. Chamberlin’s laughter and energy!!

So sorry to hear if Mary Ann’s passing. I will always remember her great laugh and warm smile. My thoughts and prayers are with each of you.

So sorry to hear of Mary Ann’s passing. I will always remember her great laugh and warm smile. My thoughts and prayers are with each of you.

Beautiful lady that will be deeply missed. Her smile, her laugh, her attitude was Great. Glad I got to know her ❤️
Sorry for you loss,
Vicki Goff-Miller & Family

Your Mother will be greatly missed! Got reacquainted with her at Arbor Court where my wife’s mother is staying (great place). Your Mom always met me with a kiss and hug until the virus hit. We will all miss her so much. She has left a wonderful legacy in her family!

I am saddened to hear about Mary Ann. During my childhood, Mary Ann and Bob were corner stones for our Clinton community. She will be fondly missed by all who new and loved her.

I’m so very sorry to learn of Mary Ann’s passing. Over the past few years I had gotten to know her while visiting my uncle at Arbor Court. I enjoyed her quick wit and the stories she would tell about growing up in the area.