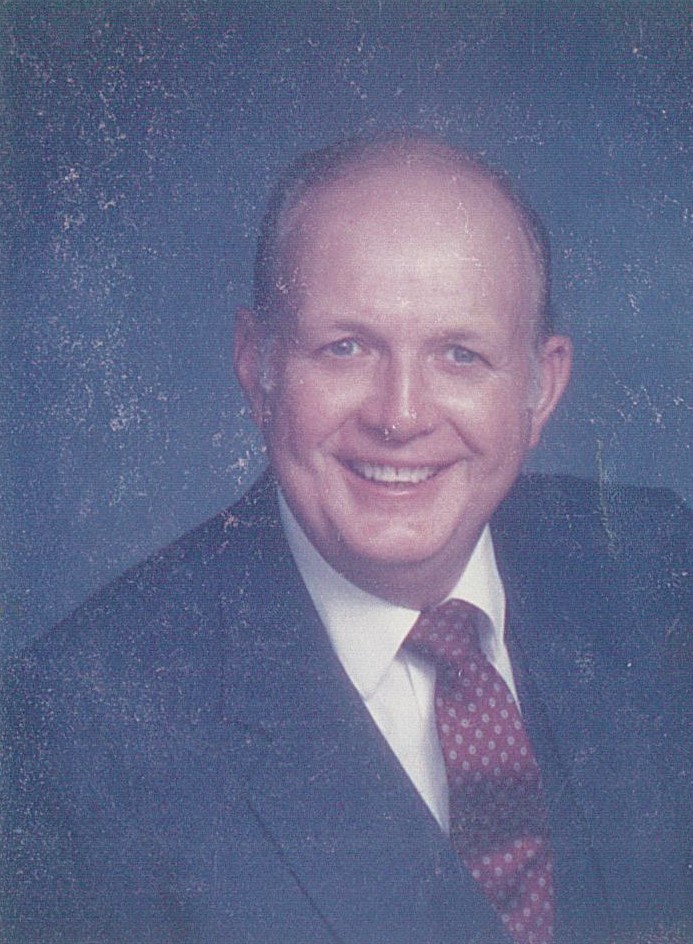 “Dale DeLoss” was born July 23, 1932 in Oak, Nebraska to Dale Martin and Mattie Missouri Walton Miller.  He attended Carleton High School in Nebraska with the class of 1951.  After graduation he worked for the Union Pacific Railroad for a few years and then joined the military during the Korean War.  Shortly after enlisting in the Navy, his love for Darlene Hottman was so strong he sent for his Kansas girl to come to Oakland, California where they married on April 8, 1953.

He enjoyed many sports, from basketball, football, track, and pool. Basketball being his best sport and because of the small size of Carleton, Dale was permitted to participate on the high school basketball team while he was in the 5th grade. The two handed set shot was the fad of the time but Dale perfected his jump and hook shots instead. This new innovative shooting technique allowed such performances as scoring 51 points in one game against Bruning High School in 1950. In 1949, Dale was nominated in football for All-State honors by the Nebraska State Journal. At retirement, Dale was quite the beanbag player winning 13 straight Rio Grande Texas Championships  and at the age of 65, he bicycled 500 miles across the state of Kansas in 4 days.

He was a kind and friendly man, one who made friends easily and enjoyed his close relationships with his family and friends.

A true to life love story with the love of his life and wife Darlene, of Lawrence; lead to the fatherhood to his loving daughter, Cynthia Byers and husband Bruce of Lawrence, his son, Dale Miller Jr. and wife Sharna of Lawrence; grandchildren Michael Alexander, Alex Miller, Tiana Jeimi Penny, Dale Miller III; and great grandchildren Virgin and Graceson Alexander. Oh yes, we must not forget his canine buddies Ringo I and Ringo II.

Dale was preceded in death by his parents; fantastic brothers, George and Bobby; and overwatching sisters, Mary Rachow, Emma Miller, and Betty Miller.

The family would like to take the opportunity to extend their sincere thanks to all of their friends and neighbors for their kindnesses so graciously expressed in so many ways.  For all of these acts they are truly grateful, and may God bless you all.

With all the uncertainties in our world today, it’s comforting for Darlene to know that her “Honey” Dale and Dale’s “Honey” Darlene will meet once again down the line. This love story is only beginning…..

From Bill and Linda Hottman...

Dale was one of the most happy and fun people i ever knew. I always looked forward spending time with him.

Darlene, so sorry to hear about Dale’s passing.
Prayers and our deepest condolences to you & your family.

“Honey” Darlene,
You know how much I love every chat we have had and during the past year, we had lots of times to “shoot the bull.” The two of you were like salt and pepper, just always together and complementing each other with genuine giggling of shared stories. May God’s blessings of love, peace, and strength comfort you during the weeks ahead. Come over anytime to chat, laugh, or cry. Warm hugs and loving memories!

So sorry to hear of Dale’s passing. You all were the best neighbors anyone could ever have. Sending my thoughts and prayers to you Darlene, Cynthia and Dale.

Dale was a great friend and person. Thought very highly of him. Lots of basketball hours with him at West Jr High. The Miller family was special to me. My sympathies and best to the family.

Sorry to hear. But look at the wonderful life you two had. Great memories.

Darlene and Family
Thinking of you at this sad time.

Darlene and family,
So sorry to hear about Dale. He was truly a great man. Prayers and condolences to you and your family.

Darlene and family so sorry to hear of Dale’s passing.