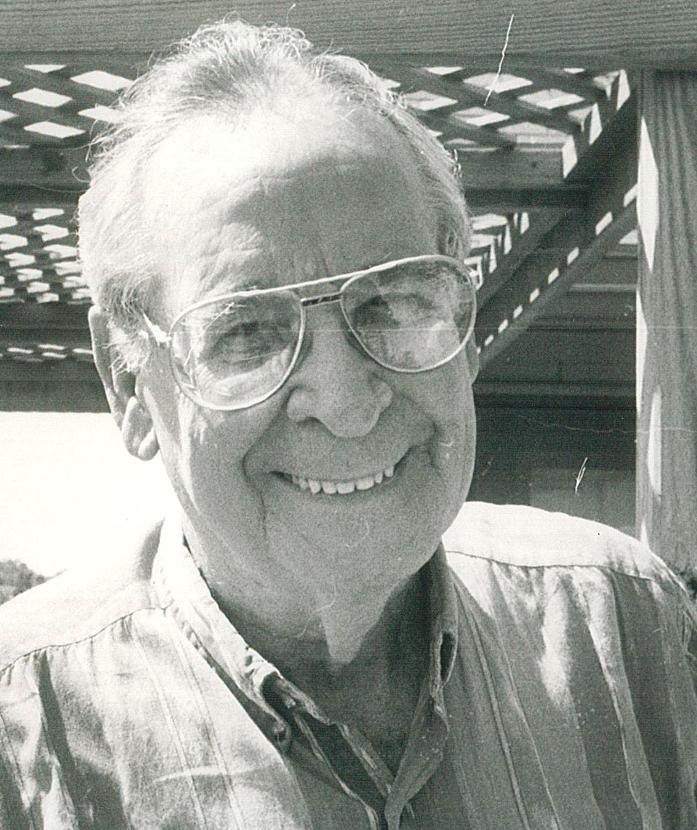 George Fredrick Berlin of Lawrence, Kansas died at home on March 17, 2021.  He was born on July 15, 1921 in Ottawa, Kansas to Anna Marie Maxwell and Clyde Augustus Berlin.  He attended Ottawa High School and delivered milk for his grandfather’s dairy.  He would sneak off to go to Kansas City to see the big bands including Frank Sinatra.  After leaving high school he hitchhiked and rode trains around the southwest.

George was a man of many talents and interests.  He was the owner of Berlin-Wheeler Credit Union in Topeka, Kansas for many years and then felt the calling to enter social work when he was 45 years old.  He graduated from Washburn University in 1970 and KU School of Social Work in 1972.  He was a child protection supervisor for SRS, a medical social worker at St. Francis Hospital, and then entered private practice as a therapist at Shadow Wood Mental Health Services.  He also worked at the medical Clinic at Valley Falls, Kansas with Dr. Rider.  He retired December 31, 2000.  He helped many people during those years and was loved by many.

Over the years he was active in many organizations: charter member and past governor of Topeka Moose Lodge #555, Disabled American Veterans life member and past commander of Topeka chapter #3, DAV Kansas State commander 1965 & 66, 32nd degree mason and 50 year member of Arab Shrine of Masonic Lodge #17, member of American Legion #14, active in Topeka Chamber of Commerce, active at Countryside United Methodist Church in Topeka and First United Methodist Church in Lawrence, and the KU Alumni Association.

George was in the Army infantry in the Battle of the Bulge and other battles in WWII.  He fought with the 75th Division Infantry and was a member of the 75th Division Association.  He received numerous medals including the French Legion of Honor.

Many, many thanks to Destiny, Kayla and Scott from Midland Care whose care and service were exceptional and brightened George’s days.

At ease soldier! Thanks so much for your service to our country, Rest In Peace.

Deann, May the joy and love you shared with each other carry you through this time. Billy and I send you our Love ❤️

Deann-My deepest condolences on the loss of a dear partner, friend and husband. Hugs and prayers to you. Bev

From Randy and Kay Mettner...

Randy and Family…Wow what a great life George lived. Kay and I loved George. You remember I worked for him selling lake lots. I always appreciated his advise and his friendship for many years. Your old Friend

Randy, my condolences on the loss of your father.

Dee Ann, I am so very sorry to see that George has passed on. I have missed seeing both of you during lunchtime at The Merc. My heart is with you.

DeeAnn-
We are so sorry for your loss. George was a wonderful man and I know the two of you took great care of each other. He will be missed dearly. Sending hugs and love to you always!

George was a very special person, who kept his optimism and sense of humor through many dramatic ups and downs in his life, and whose kindness and caring for others made a difference for many people. It is unusual for a successful businessman to decide at mid-career that he would prefer to be of service to others, to sell that business and go back to school to learn to be a social worker. Others may have imagined it, but George did it. That is where I met him, where we were two older students in the School of Social Welfare at KU. While our paths diverged after that, I always enjoyed seeing him at intervals as we caught up with each other. I wish he could have made it to 100, as I think he would have liked making that milestone, but he had a remarkable old age, much of it made possible by his wife. He will be missed.

My thoughts and prayers are with Deann George was a great guy and always fun to visit with.