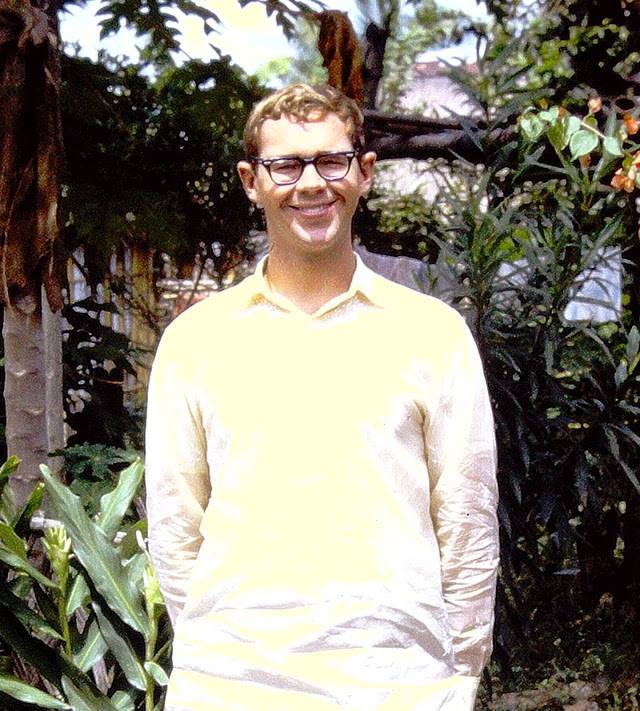 Robert (Bob) Dean Lillich, 77, passed away peacefully on March 19, 2021 at his family home in Lawrence, Kansas due to complications of Progressive Supranuclear Palsy (PSP).

He was born on November 15, 1943 in St. Francis, Kansas. He was the third of five children, all boys. He graduated from Kansas State University in 1966 with dual degrees in mathematics and chemical engineering. After graduation, Robert volunteered for the Peace Corp and was stationed in Balanga, Philippines where he taught science and math, and he would meet his wife, Erlinda. They were married in 1968 in Manila, Philippines.

Upon returning to the States, Robert began his career as an engineer, working for Dow Chemicals in Houston, Texas, where his first three children were born. Robert and Erlinda later moved to Derby, Kansas, where he worked for Vulcan Materials and sponsored several members of his wife’s family to come to the United States. In 1979 he moved overseas to work for Aramco in Saudi Arabia, where his two youngest children were born. He originally planned to work there for three years but stayed until his retirement in 1999. Afterwards, he split his time between Angeles City, Philippines and Derby, Kansas, where he started a second career as a tax preparer for H&R Block. In 2015 he finally retired and moved to Lawrence, Kansas to be closer to his children.

Robert was a workaholic and volunteered for many organizations within his community. He served as treasurer with the Junior Chamber of Commerce (Jaycees) in Texas where he helped returning veterans from Vietnam get jobs, was Vice President of the Saudi Aramco Employees Association (SAEA) in Saudi Arabia where he brought many world famous musical artists to provide entertainment into the country, and treasurer of his homeowner’s association in Derby.

He was a true character and never ashamed to be himself. He had a radiant personality, and always showed kindness and respect to all those who crossed his path.  He loved to make people laugh. He was a vocalist that loved to croon in his sultry baritone voice. He was a humble man, who never wanted praise for his random acts of kindness and service, but would love to brag if he saved a dollar. In his later years, he enjoyed working in the yard and spending time with his grandchildren.

Robert is survived by his wife of 52 years Erlinda; children: Arnold, Stewart, Scott (Alicia), and Crystal (Erick); grandchildren: Salvatore and Elliott; and brothers: Marlin, Wendell, Ronald, and Gary; along with many nephews and nieces. Robert is preceded in death by his parents, Julius and Arvella, and son Jeffery. Graveside service will be at Noon, Friday, March 26, 2021. In lieu of flowers, donations can be made to either: CurePSP at 1216 Broadway, 2nd Floor, New York, NY 10001 or online at psp.org/iwanttohelp/ways-to-give/ or to the Douglas County Visiting Nurses Association at 200 Maine Street Suite C, Lawrence, KS 66044 or online at https://www.kansasvna.org/make-a-donation

From Jim and Leah Rising...

Our thoughts are with your family. Sending our condolences

So sorry to hear of Robert’s passing. I am a cousin who didn’t get to know him well but what a remarkable life & a smart guy who was a force for good in this world! Rest In Peace.

Arnold, may you and your family find consolation in your grief, and may your father rest in peace.