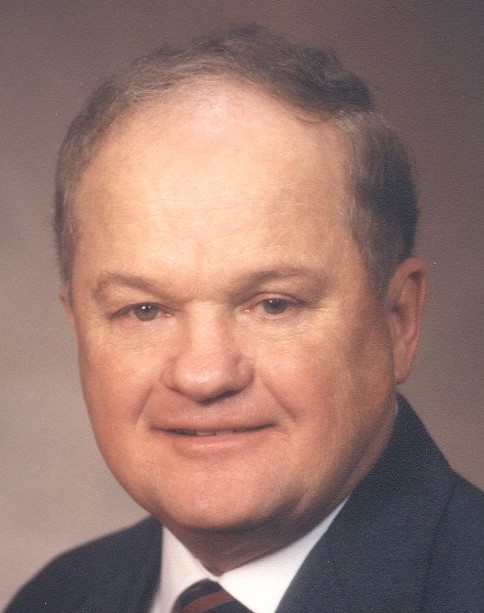 Memorial services for Kenneth E. (Ken) Fisher, 93, Lawrence, Kansas will be at 11 am Saturday, May 22nd at Rumsey-Yost Funeral Home, with the Rev. Jeni Anderson officiating Inurnment will follow at Oak Hill Cemetery with military services provided by the United States Navy and the American Legion Post 14. A visitation will be held one hour prior to the service. Ken died peacefully on May 6, 2020, at Bridge Haven in Lawrence.

Ken was born January 6, 1927, the son of Samuel and Lilias Fisher. He was raised in the Alta Vista, Kansas community. He served 2 years in the U.S. Navy during World War II. After the war he used the G.I. Bill and secured his first college degree in education from Kansas Wesleyan University in Salina.

His first year of teaching was in a one room school in Morris County, Kansas. He then moved to Council Grove, Kansas and while there for 10 years he was a teacher, a principal, and the Superintendent of the city school system. While in Council Grove he attended Emporia State Teachers College and secured his Master’s degree in Education.

Ken moved to the Lawrence School system in 1961 and was principal of the Sunset Hill Elementary School for 7.5 years; principal of Central Junior High for 2.5 years and Assistant Superintendent for Business and Facilities of the district for 19 years. During his time in Lawrence he secured his Specialist in Education Degree from Kansas University.

He retired from the Lawrence School System in 1990 and then taught Kansas Public School Finance and School Management classes in the Graduate School at K.U. for 5 years. During his 45 years in education he served on many state committees. He was president of the Kansas Association of School Business Officials (KASBO) during the 1981-82 school years and awarded their Distinguished Service Award in 1992. He was on many of the legislative committees of the United School Administrators of Kansas (USA) during the 1970s and 1980s. He also served on many local civic committees in both Council Grove and Lawrence.

Ken was preceded in death by 3 of his four siblings, and by his son Michael. He is survived by his high school sweetheart Helen, his wife for 73 years; his son Kenneth Joel and wife Denise; Mike’s wife Linda; 6 grandchildren, Laben, Jess, Jared, Makayla, Ashley, and Tyler; 4 great grandchildren, Kaden, Connor, Miles, and Wyatt; one step great grandchild, Kylie; and a loving network of extended family and friends.

Ken liked to play golf with his friends. And on special occasions he would write poems about his family and friends, and then read the poems at their gatherings. During the past few years Ken stated several times that he has been a lucky and fortunate person in that he has lived a reasonably long and healthy life; has worked in a vocation which he enjoyed very much; and has been blessed with a good and wonderful family.

The family suggests memorial contributions to the Lawrence Schools Foundation, in care of the funeral home, 601 Indiana St., Lawrence, KS, 66044.

Mr. Fisher was so very nice to everyone. He was my Principal for 5 to 6 years at Sunset Hills and Mr. Campbell followed him. He made a very shy girl feel welcomed every day.

Mrs. Fisher, we were in Colorado for our granddaughter’s high school graduation when Ken died. My father, Morris S. Dowell, hired Ken to come to Council Grove to teach and was very fond of him. He was an outstanding educator. We were pleased to meet you both again when we moved to Lawrence. He was a fine gentleman. My deepest sympathy to you and your family.

I’m so sorry for your loss, Helen. It was my privilege to work for Ken in the summer of 1982. He was a fair and kind boss. Thinking of you.

As a member of the USD 497 Board for eight years, I worked closely with Ken, who was in active attendance at every school board meeting during those years. I doubt there was anyone in Kansas who understood school financing as well as he did or explained it as patiently and comprehensively to his board members. Ken was a rock for the district, always the good shepherd of our financial affairs, and a man whom it was a pleasure to know. I offer my condolences to his family along with my appreciation for a good man who did a difficult job exceedingly well.

Dearest Helen, I just learned of Ken’s passing, I am so very sorry for you and your family. Ken was a wonderful man, I have many wonderful memories of my time at the School District and the Finance Office. You and your family are being held close to my heart. I wish you peace and comfort at this time.

Helen, I’m so sorry for your loss! It was my pleasure to work for Ken, he was so kind to me. Wishing you and your family the best. Love to all.💖

Condolences to Mrs. Fisher and Joe. Mr. Fisher was an excellent school administrator from his principal roles to his role as Assistant Superintendent. One of his many educational achievements was helping lead USD 497 through the rapidly changing and sometimes turbulent years of the late 60’s and 70’s. He was passionate about education, students, and his family. He was a class act!

Helen, l am so sorry to hear about Ken. Having started my career with USD497 working for both Ken and you were very good years. He was a kind hearted man.
May good memories bring you peace and comfort. Sending my thoughts & prayers.

Helen, so sad to hear of Ken’s passing. Had Barb Perry not let me know I would not had known. Just a couple of weeks ago I said to Phyllis the next time we went through Lawrence we needed to stop and see you and Ken. Sorry we did not get that accomplished. I believe the last time I saw you both was at your home, probably shortly before you moved. So enjoyed the times with you and Ken at ACC and some visits in your home. May God comfort you and your family in this time of sorrow.

I’m glad to say I had the opportunity of working with Ken when I worked for USD #497. He also worked with my mother, Pauline Bysom, at CJHS. She thought highly of him and I did as well. He was a smart man and also he was very kind. Helen, my heart goes out to you,

Ken was a kind, knowledgeable, service-oriented representative of Lawrence USD. Very welcoming and professional and provided invaluable service to students, parents, and patrons of education.

So sorry to hear of Ken’s passing. He was a great man to work for and a great leader. I will never forget the things I learned from him! Helen, you are in my thoughts and prayers.

Helen, i’m so sorry to hear of your loss
Thinking of you

I had the good fortune to work with Ken when he was a high level administrator for the Lawrence School District. He was a person of high moral character dedicated to his family and providing exceptional professional services to the District. I especially impressed with his mental discipline. The District benefited greatly from his services.

Very sorry to hear of Ken Fisher’s passing. He was my 7th grade principal at Central Junior High, back in the 1970s.

Helen, so enjoyed knowing and visiting with Ken. My heart is heavy for you and your family during this time of bereavement. Thinking of you, always.

Mr. Fisher was a kind man with gentle ways. He was my principal for the five years I attended Sunset Hills Elementary. God’s Peace and Comfort to his family and friends.