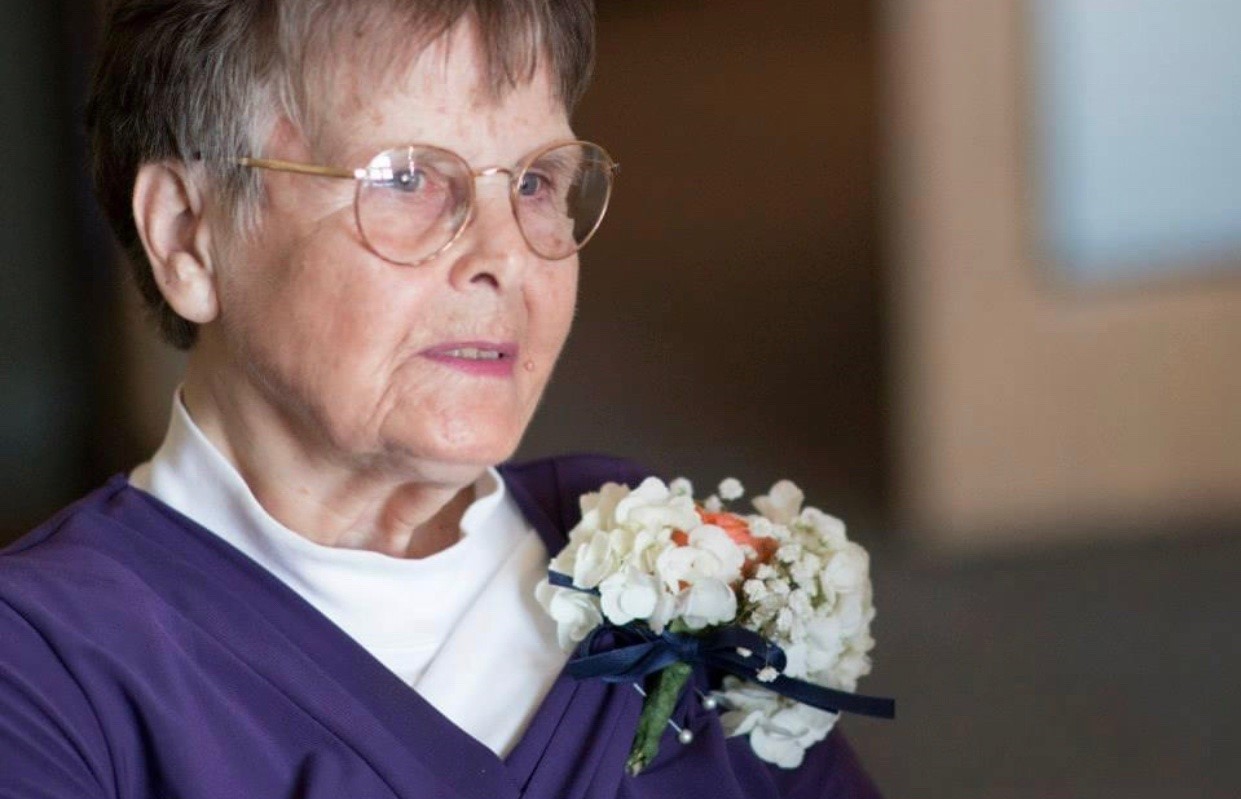 She was born March 21, 1940, in Lawrence, Kansas, daughter of Margaret (Spence) Penny and James (Pappy) Penny.

She was a lifelong member of Lawrence First Church of the Nazarene where she met her high school sweetheart, Glenn. They were married April 18, 1958.

She loved her church and serving wherever she was needed, whether that was VBS, teaching a Sunday School class, having families over for Sunday lunch after church to sitting in her wheelchair passing out candy when the children would come to her with bible verses they’d memorized during church. She also loved the outdoors, cooking, baking, sewing, and spending time with her family – especially Glenn.

Brenda worked at Hallmark Cards and Sears, Roebuck & Co. before suffering from a brain aneurism in 1973. She then went on to work at USD 497 Food Services where she was able to combine her love for cooking/baking with her love of children & so enjoyed the years she was able to work there. In 1996 she suffered her second aneurism which left her 100% reliant on Glenn to care for her. She was preceded in death by her husband Glenn, her parents, sister Carol Grant and sister-in-law Tina Penny.

Funeral services will be 10 am Thursday at Lawrence First Church of the Nazarene, with the Revs. Robby Giffin and Donald Dunn officiating. Burial will follow the service at the Worden Cemetery. There will be no visitation, and the casket will remain closed.

In lieu of flowers, memorial contributions may be made to Lawrence First Church of the Nazarene.

So sorry to lose Brenda. I am thinking and praying for your family. A wonderful loving family devoted woman. May she be safe in God’s arms.

Our condolences on the loss of your mother. We are thinking of you at this sad time.

From Shirley Sheaffer and Kay...

So sorry to hear of Brenda’s passing she was a good friend. Your family is in my thoughts and prayers.

My condolences on the loss of your mom. I attended school with Kris and know Carrie and family from working at South. God bless.

So sorry to hear about Brenda. I just loved her, she loved her family so. I know that she is happy now being with Glen. My thoughts and prayers to all the family, miss you all!

Thinking and praying for you all as you celebrate your mom’s/grandma’s life. She was such a great woman. Love to you all.

Our condolences to the Breithaupt family. I did not personally know Brenda but Julie shared many nice stories about her with me. Obviously she was a pillar in your family.

My thoughts and prayers to all the Breithaupt family. I was blessed to marry into this wonderful family, and Brenda loved me from day one. I will really miss her!

Carrie,
So sorry, please know you and the family are in my prayers.