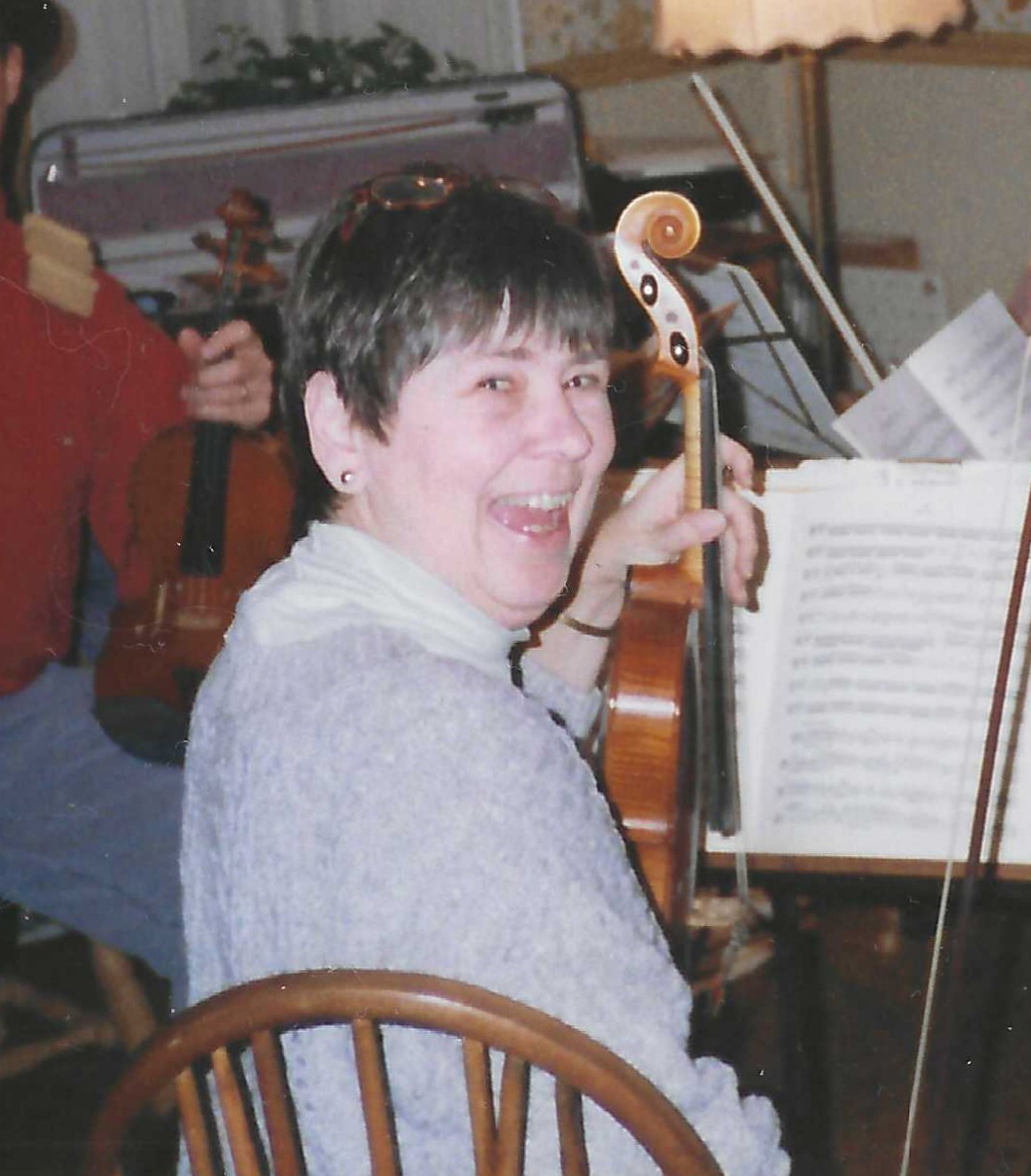 She graduated from Central High School in St. Joseph in 1961. She met her soon to be husband, Dward Moore, Jr. at the summer music camp at the University of Missouri in the summer of 1960. She attended St. Joseph Junior College and Texas Christian University in Fort Worth, TX. She graduated with a degree in music education in 1966. Dward also attended TCU and they were married September 5, 1965.

Jeanine and Dward joined the Peace Corps in 1966 and served in Uganda teaching at a boys’ boarding secondary school for two years.

Upon returning to the US, Jeanine and Dward started their graduate studies in Syracuse University. Jeanine received her Masters Degree in Information Studies at SU and over the years worked at libraries in Syracuse NY, Jamestown NY, and Brandon FL.

From 1985 to 2015, Jeanine and Dward lived in Brunswick MD. Jeanine taught violin and viola privately, played in the Frederick Maryland Symphony Orchestra and in several string quartets. She also taught music in several middle schools in Frederick County, MD before retiring in 2004.

Jeanine and Dward were ardent supporters of the Chesapeake and Ohio Canal National Historical Park, volunteering for many years in support of their beloved park as members of the C&O Canal Association.

In 2015, Jeanine and Dward moved to Lawrence KS to be closer to their sisters and their families who live in the greater Kansas City area.

Jeanine is survived by her husband Dward, her sister, Quinta Schwarzenberger of Olathe KS and numerous nieces and nephews.

So sorry to hear about Jeanine’s death. Sympathy to Dward and to her family. Jeanine and I not only were in a string quartet together for several years in Maryland, but she went with me to a chamber music worship in Vermont one summer. We performed together there as well as enjoying a beautiful drive up and back. Making music together makes for great friendships.

What a beautiful tribute to a lovely lady.

I remember Jeannine from our years together at Walkersville Middle. She was always very kind and encouraging. I am so sorry for your family’s loss.

Jeanine and Dward were classmates at Central High School in St. Joseph, MO where both were respected for their talent and ethics. Jeanine was very talented musically and a very likeable person. She will be missed by many. Dward and families, we are so sorry for your loss.
Central Class of ’61
Reunion Committee

My sincere condolences to Dward and the family. Jeannine and I were musical friends and colleagues throughout her time in Maryland. We taught together at Walkersville Middle School and were both affiliated with the Frederick Symphony for many years. She was expert in the field of string pedagogy, a master teacher, and of great help to me early in my career in music education. More importantly, Jeannine was my friend, and I will miss her.

Dear Dward,
Please accept my condolences. I will always remember the wonderful times we shared with Jeannine and you in Jamestown.

Sincere condolences to the family. I worked with Jeannine at Walkersville Middle for several years. I will miss her kindness and friendship.