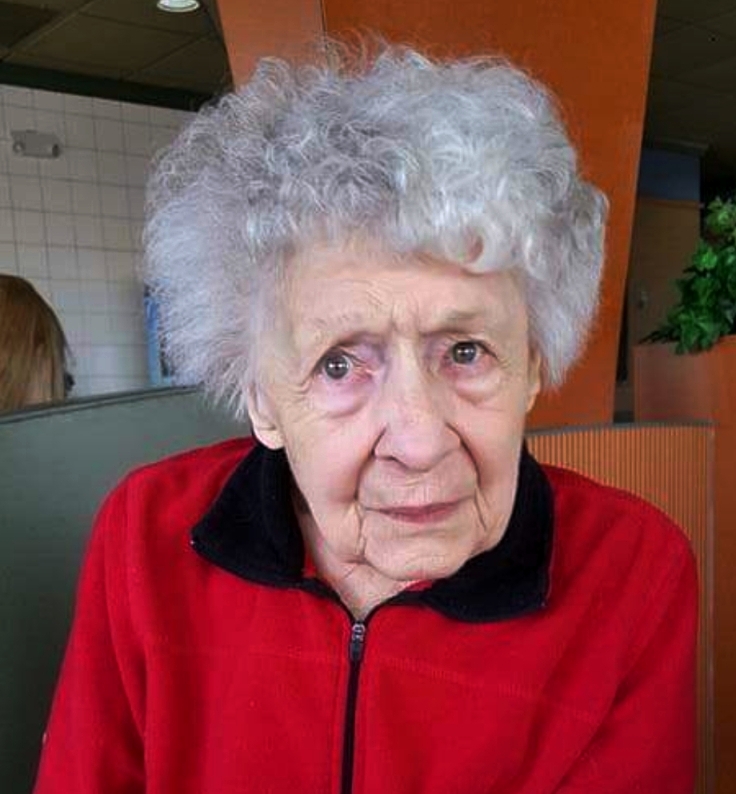 Katherine M. Percifield, daughter of Carl ( Shorty) and Mary (Liz) Newell was born January 10th, 1928. She lived her life in the Lawrence/Leavenworth area. She was 93 years old at her passing. Funeral service will be 12pm Saturday, July 17, at  Rumsey-Yost Funeral Home.  The family will receive friends from 11am until service time.

Katherine worked for over 50 years in the Lawrence and Leavenworth area as a hairdresser. She was owner of Cathy’s Hair Fashions. Later in life she decided to add to her profession taking care of the elderly in need as a CNA and CMA.

The last four years she spent living in Warsaw Missouri with her daughter. She enjoyed going riding, out to eat, shopping and going on picnics. Oh how she loved frog legs at her favorite Cajun restaurant in Sedalia, Missouri.

Katherine’s favorite days of the week was Sunday, Wednesdays and Thursdays when she could attend church services at Victory Temple Cowboy Church in Cross Timbers, Missouri, where she was an active member. One of Katherine’s biggest fears was finding a church that she really enjoyed and loved. She loved the old gospel hymns and over the years she watched the hymns and the church change so drastically, it became very difficult for her to be content. Katherine embraced the church family at Victory Temple, along with the hymns and preaching. There was so much love returned back to her from them. Katherine would sing periodically at the church when she felt up to it. She is definitely a jewel to the family at Victory Temple, that will always be remembered, and missed. The children would always make sure they had a conversation with her sometime before, during or after services. They loved her, and she loved them. Her desire was to work in the children’s ministry at Victory, but she was too weak and frail to get up and do the things that she wanted to do. She was a lifetime member of the VFW.

In 1965, Katherine married Donald Percifield of McLouth Kansas, who became the love of her life. He proceeded her and death in 1969.

Sorry for your loss. Thoughts and prayers from our house to yours

Kathy always cut my mom’s hair and gave her perms and also cut my hair when i was a little girl in the 60’s. she had a shop on 7th and Osage and i always think of her when i drive by. she was such a nice lady and would always talk while doing our hair. she was like a real friend, not just someone doing your hair. she really was a jewel and will be a great loss to many.

I have many happy memories of Katherine when Patti & I were childhood friends. She was a woman dedicated to God and she lived her life for him. Rest in Peace. Condolences to her family.

From Norman and Wanda Hoffman...

Sending prayers to all of Katherine’s loved ones, as they mourn her passing. Her work on earth is done, but her memory will remain in the hearts of all who loved her.

I only knew of her through her daughter’s posts on Facebook, of whom I have been friends with for well over 20 years. I pray for the family in their loss, but I rejoice in her victory she has now in Jesus.

We extend our condolences. Your mother, grandmother, sister seems to have been one to impact the lives of many! Reformed Presbyterian Cemetery Board, Winchester