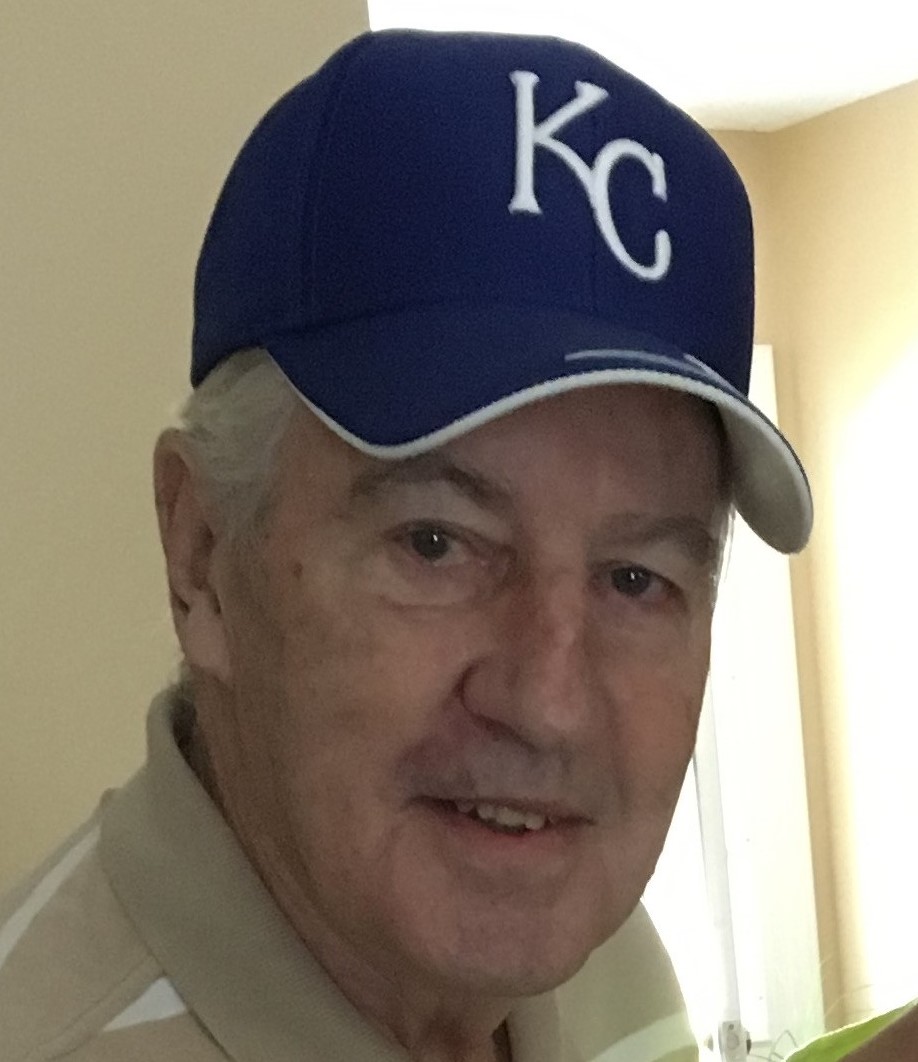 No public services are planned at this time for Darrel E. Spain, 82, Lawrence, who passed away Friday, October 1, 2021.

He was born on July 4, 1939, in Leavenworth, Kansas, graduated from Baldwin High School and was a Communications Specialist and Paratrooper in the US Army.

Darrel worked at the University of Kansas as a painter and later owned and operated his own company, Spain Painting.

He was preceded in death by his parents, Charles and Edith Spain Lauderback; his sisters Darlene Smith and Kathy Worden; and brother Keith Spain. His surviving sisters are Barbara Lee Spain Brizendine (Larry) and Peg Hawkey.

He was an avid bowler and golfer and enjoyed hunting and fishing, crossword puzzles and cheering on the Jayhawks, Royals and Chiefs. Darrel was a man of few words but a master of dad jokes. He loved spending time with his grandchildren and attended as many of their sporting events and school activities as possible. His smile and sense of humor will be greatly missed.

Julie, I’m so sorry to learn of Darrel’s passing. I know the last few years have been a labor of love for you and a testament to Darrel’s character too. Your devotion is an inspiration to me. Love and prayers to you, friend..

Julie, so sorry to hear about Darrel’s passing. I always enjoyed the many times your family and mine spent together. Sending you and the kids prayers from my family.

Julie, so sorry to hear about Darrel’s passing. I always enjoyed the many times your family and mine spent together. Send you and the kids prayers from my family.

Our deepest condolences Auntie Julie our thoughts and prayers are you and the family. Love Tom, Doug and Krista, Tracy, Mike Kong

So very sorry Julie and Family. Will keep you all in my prayers during this difficult time.❤🙏🙏

Dea and I were so sorry to hear of Darrel’s passing. He was a good guy! Our hearts go out to you Julie, and the rest of the family.

So sorry to hear of this. Knowing how wonderful this family is, I can only imagine what a special man Darrel was. May he rest in peace.

I don’t even know where to start but being we both loved golf that seems as good a place as any. Playing at alvamar, I asked Darrel what tips do you have for this hole? He responds, stay out of the woods very matter of fact like. I drove into the trees and finally met him on the green. Without looking up or making any specific gestures, Darrel spoke softly “ I told you to stay out of the woods” I just started cracking up and said the only remedy to that shot was one of his margaritas in which he responded” nope you’d gone in the woods for sure after one of those” he maintained a slight grin and walk on. His dry humor will always be remembered. Man, I loved the guy.

My heart is so sad for your loss, Julie and family 😢. Thinking of you at this difficult time.

Julie, I’m so sorry to hear of your husband’s passing. Sending love and hugs. Nancy

Kelly, Peter, Clauds & Juju,
We are thinking about your sweet grandpa/father. Over the years, we enjoyed getting to know him. He sure did love you all!

Julie–My thoughts and prayers are with you and all your family in the loss of Darrel. Steve always enjoyed playing golf with Darrel at Alvamar. Hugs and Prayers for all of you. –Jan Fox

Julie,
Our family so enjoyed knowing Darrel over the years, and will fondly remember the great times we shared. Especially loved his sense of humor! Just an all-around great guy, and fun to be around! Please know you are very much in our thoughts, and we’re holding you in our hearts.

Our family is sad to learn of Mr. Spain’s death. His daughter Kelly and our daughter Eve Hills Cummins spent many happy times together during their junior high and high school years.

From Ronda and Dan Consolver...

Julie, Dan and I are so sorry to hear of Darrel’s passing. We have such great memories of our days at Alvamar and golfing with you and Darrel. Take care and know that you and your family are in our prayers.

So sorry to hear about Darrel. He will be missed by many. Prayers for him and family.

Julie, Ray and I are so sorry to learn about Darrel’s death. We extend our deepest sympathy to you and your family.

Julie, I’m so sorry to read of Darrel’s passing. What a genuine person he was, and will
be sorely missed by those of us who had the privilege of knowing him. You take care, and I will keep you in my thoughts and prayers. Sincerely, Gerry McGuire

Julie, Dick and I are so so sorry to hear the sad news. We have such good memories of Darrel. He was such a kind and gentle man. Dick appreciated him so much when he was working with him through the years. He was loyal and hard working and I remember how fun he was to talk to when he was painting our house. I pray that God will be close to you and your family and comfort you at such a sad time. God bless always,
Dick and Janice

Julie:
I was sorry to read of Darrel’s passing in today’s paper. Please know that you and your family are in my thoughts.
I hope to see you soon.
Dorothy

Julie and family, we read the passing of Darrel, sorry to read it. Julie and family,Our sincere sympathy to all of you. Great fun memories from Schwegler School days to the card groups. Love to all, Anthony & Patty.

Julie, Kevin and I are sorry to hear about Darrel, our thoughts and prayers are with your dad your family. Kevin and Dana Wingert

I am so sorry to hear of Darrel’s passing. So many fond memories growing up at the Spain house. You are all in my thoughts and prayers.

Julie, Kelly, Gina and Darren I am so sad to hear that Darrel has passed. I have such fond memories of him and your whole family. He was such a sweet man. You are in my thoughts and prayers.

Julie and family,
I am sorry for your loss of Darrel. He was a nice man. You, Darrel and your family have been through a hard several years because of his illness. Thinking of you all. Judy Grant

From Brian and Sheryl Simmons...

Julie,
We are so sorry to hear the news about Darrel. Please know we are keeping you and your family close in our thoughts and prayers.

Julie, I am sorry to read this news. I will keep you in my prayers.