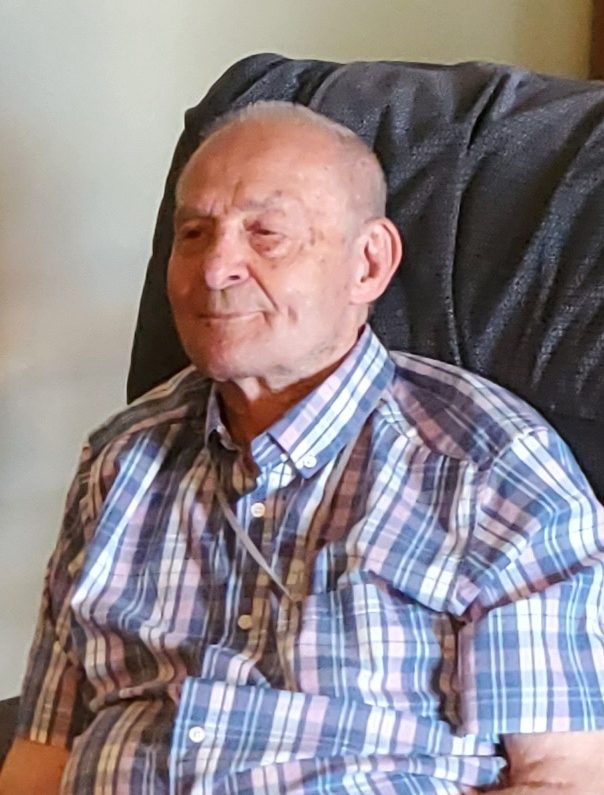 Funeral services for Henry Lana, 95, Lawrence, will be 10am Thursday at Rumsey-Yost Funeral Home. Burial will be in Oak Hill Cemetery.

He was born July 15, 1926, in Edmond, Oklahoma, the son of Jerry and Antonia Dolezal Lana. He graduated high school in Stillwell, Oklahoma in 1945.

Mr. Lana served in the United States Army during World War II and worked in construction as a carpenter in the Carpenter’s Union Local 1492.  He enjoyed fishing, camping, gardening, coin collecting, and being outdoors.

Friends may call from noon to 8pm Wednesday at the funeral home.

Judy,
I’m so sorry for the loss of your dad. Keeping you in my prayers.
Mark and Hazel Bahnmaier

To: Judy and family. Henry was a long-time friend. He will be missed. My condolences in our loss.

From Eldon and Charlene Statler...

Rhonda and Chris. We are so very sad to hear of
the loss of Henry. He will be missed.

So sorry for your loss! Thoughts and prayers to your family!