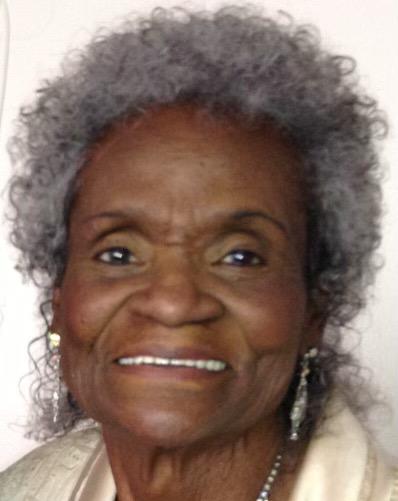 Earline was born on August 14, 1932, in Arcola, Mississippi. She was the ninth of nine children of Jim and Flora (Foster) Edwards. In 1974 she married Charles Morgan and she and her three children moved to Flint Michigan. She became a member of Born Again Ministry Church of Flint Michigan, where they designated her the mother of the church. In 2012 she moved to Lawrence, Kansas to live with her niece Katherine Bratton. Later her health needs required that she go to a nursing home. Katherine and other nieces and nephews would visit her often and take her to church.

Earline was a wonderful mother, grandmother, and “Auntie”. She doted on her family and extended family, and was happiest when the family could get together and break bread. Earline loved to sing unto the Lord and shout Hallelujah. She was known to sing and praise dance whenever the spirit moved her, even in the middle of a Walmart Store.

She is survived by her grandchildren Michael Harris, Jason Nelson, and Robert Nelson, and Aries Nelson, and host of nieces and nephews.

To the family of Earline Morgan, I am so sorry for your loss. Prayers for you and the family. I watched her on Facebook, what a great little lady with a lot of fiest. I know she will be sadly missed.