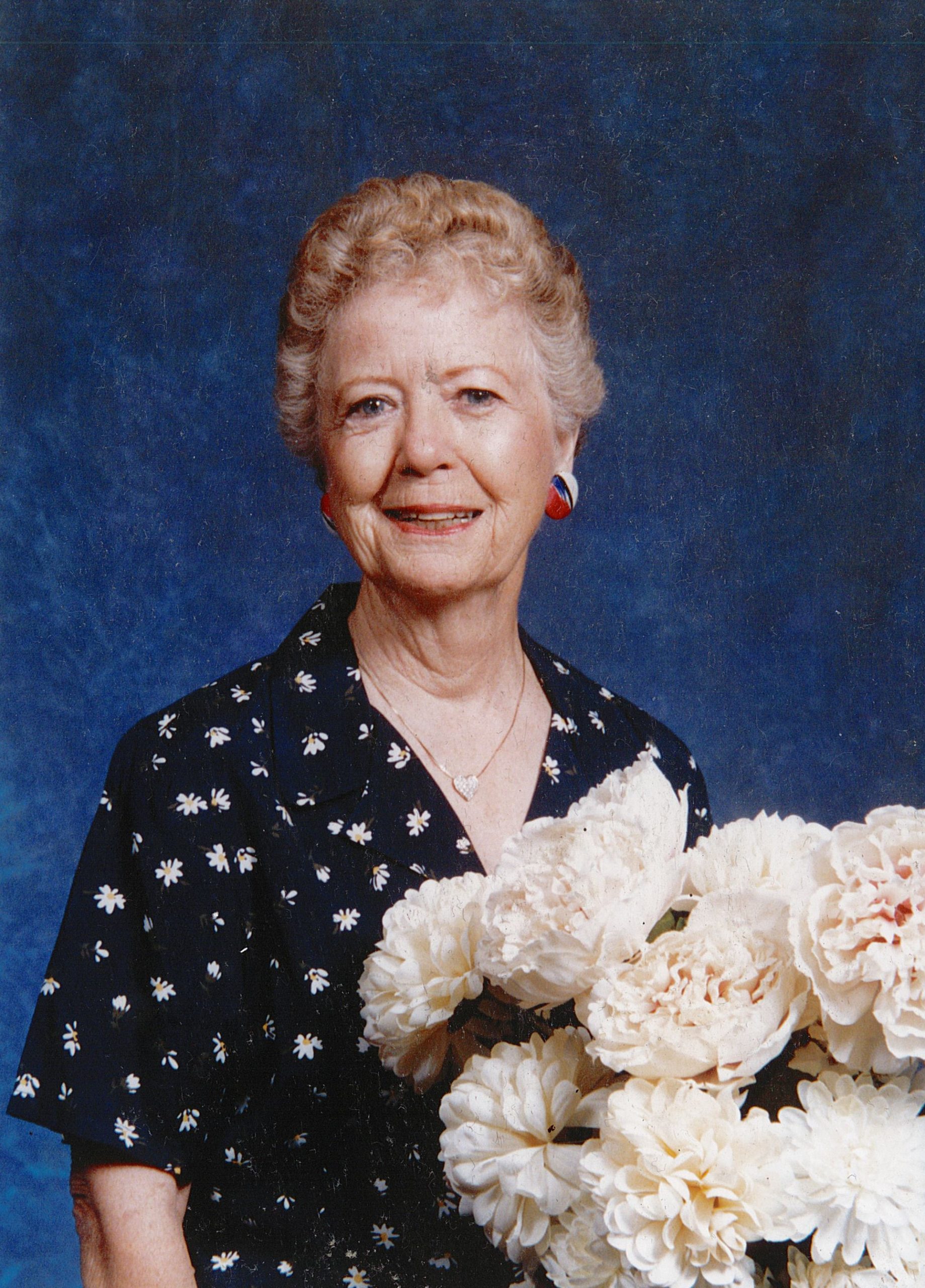 Patricia Creel Collinson Kelly passed away on Monday, November 8, in Lawrence at the great age of 96. A third-generation resident of Douglas County, she was born in Lawrence in 1925. During her nearly a century of life in Lawrence, she experienced the Great Depression as a child and attended KU during World War II. She loved, married and mourned two men, William Collinson and William Kelly. While raising three sons, she had a long and varied work life most notably in the office of the Douglas County Attorney and later as the administrator for Women’s Athletics at the University of Kansas. In recent years, she was active in the Endacott Society at KU and was a dedicated bridge player, traveler, gardener and reader of mystery novels.

A memorial gathering will be held at the home at 1301 Stone Meadows Drive in Lawrence on Tuesday, November 16 at 11:00AM. A private inurnment will follow.

Dear Bruce and Howard,
I send my prayers and condolences to you and every member of your family.
I loved Pat so very much. Pat was my administrative assistant for Women’s Athletics for several years. She was someone who loved working with the coaches and athletes. She was always so positive no matter the challenges. My daughter and I had a chance to visit Pat about a year or so ago…we had so much fun. Pat always enjoyed telling stories about our times together and she never failed to remind my daughter Josie
Of those special times when Josie would stay with her while I traveled.
Your mother was a wonderful person, a dear friend and a dedicated contributing member of the Lawrence community…. I will never forget her.
I’m so sad right now but the great memories I have of her will soon lift my spirits and bring a smile to my face.
God bless you and your family!

Pat was an absolutely wonderful lady, and I felt an immediate emptiness when hearing of her passing. I first met her when she and Bill came to see me at my medical office about 17 years ago. She treated Bill so kindly throughout his illness. Every time I met Pat she was gracious, thoughtful, and giving; and I always felt fortunate to be in her presence. She was a true aristocrat in the best sense of the term. My wishes are with all of you for the loss of such a marvelous lady.

What a wonderful lady
I knew her from Heinbach and Larkin dental office and enjoyed her live for life and people!
She will be missed

I was born and raised in Lawrence and knew Pat and Sharon because their parents and mine were wonderful friends. They were like my family. After Pat and Bill were married I remember seeing their sons when they were small. My thoughts and prayers are with all of you at this time. I know you will have wonderful memories to share.

I was so sad to learn of Pat’s passing. She was a lovely person, always smiling and upbeat, even when her speech was compromised. I met her through the Endacott Society and she always made a point of talking with me about her life, the kids and Sylvester. I will always remember the high heeled red sneakers she wore. I hope it gives you comfort to know she was loved by everyone.