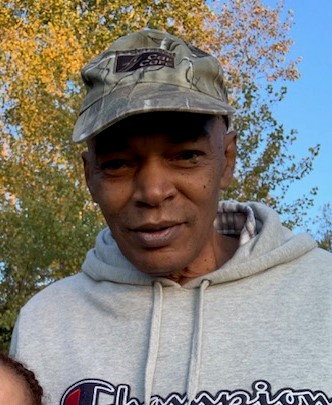 Randy Eugene Miller was born in Lawrence, KS on August 28, 1955 to Roffle Mayes Miller and Ella Mae (McPike) Miller. Randy passed away November 15, 2021 at the home of his brother Steven in Gardner, KS.

He attended Lawrence schools, graduating from Lawrence High School in 1974. He joined the army in 1975 and was honorably discharged in 1977 as a Pvt. 2nd Class. Randy moved to Maine upon leaving the army. He graduated from the University of Southern Maine with his degree in Communications. Randy eventually made his home in Gonic, NH where he was an automotive mechanical technician before moving back to Kansas.

Randy loved the outdoors and simply walking the trails, especially the Gonic trails. He was also a huge history buff who could keep you on the phone for hours describing all the facts he had researched.

He was preceded in death by his parents, a brother Roffle, Jr., and two sisters Linda Marie and Edythe Willhite.

I would lkke to send my condolences to Randys family whom he cherrished and talked about all the time so god bless you all and may peace be with you as he would want.
I’ve known Randy for several years and ironically we had more in common than i could even believe ,nor could he. You will be missed my friend at our bonfires,dinners,downloading music for me and just swapping stories,you were so smart about everything. You will be missed my friend-rest easy.
Until we meet again,
-Ray

Randy, We were not just neighbors,we became best friends. We went out to eat,we hiked all over maine and nh. Enjoyed the ocean,ponds lakes and rivers.i miss you every day.i will never forget our time together,and be sure we will see each other again,in a Much better place,until then rest in peace my friend!

I love you so much Randy. I thank God for the time I did have with you. You taught me a lot and I will miss you forever and ever and I am so broken hearted I am just devastated that I lost a person so special.

We love you Uncle Randy. I know you will be watching over us and we will be carrying you in our heart. I miss you so much.

To my BFF brother, life has changed. Our weekly phone calls or texts have stopped. Only God knows how painful life has been since you left. I love you so much.

Rest easy, Randy. I’ll see you on the other side.

So sad to lose another amazing classmate…..RIP Randy!

I’d like to send the family prayers from the Goff family. And my youngest daughter Jaimie and Husband Dagan. I found pretty quickly how wonderful my Brother in law John’s family was. I know Randy was loved and respected. He was a great man. These times are hard but I’ve come to realize how strength and loving family are what it’s all about. We mourn your loss and hope you keep good memories. Thankyou for your service soldier🇺🇸 And RIP. 🙏🏼🙏🏼🙏🏼