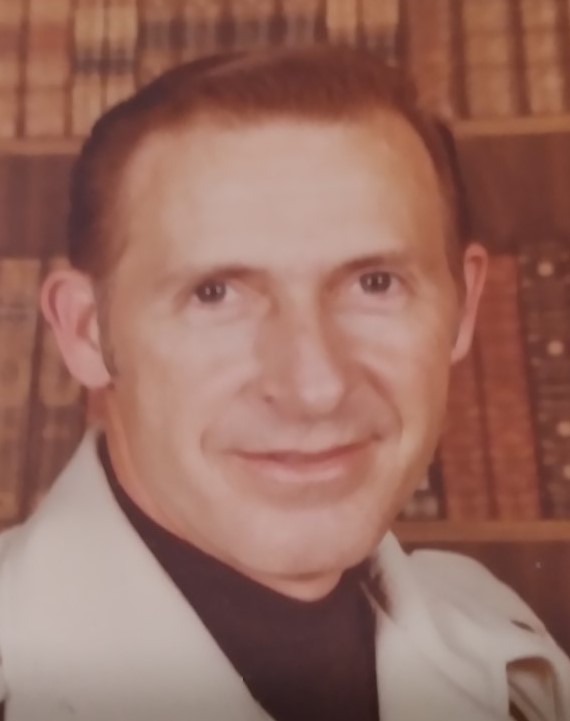 He was born December 29th, 1935 in Alton, MO. He was the son of Lorin Elwin Schell and Lillie Mae Schell and grew up in West Plains, MO, where he attended high school in Thomasville,  MO.

Most people remember him as Boyd Schell, sole  proprietor of Lawrence Window Cleaning from 1960 until 2019. He had numerous photographs and stories written about him over his many years of washing windows on Massachusetts Street and all over the city in the Lawrence-Journal World.

He was the youngest of 7 children. He is survived by his sister, Jenny Pitcock of West Plains, MO who is now 96 years of age. Gurtie Watkins, Gordon Schell, Glen Joseph Schell, Alfred “Lee” Schell and Robert Schell all predeceased him.

Boyd and “Dee” were avid bowlers and Boyd bowled a 300 game at a tournament in another city. They were in numerous leagues over the years at Hillcrest Bowl and then Royal Lanes. They enjoyed each other’s company as well as the company of family and friends.

In lieu of flowers, memorial contributions are suggested to St. Jude Children’s Research Hospital  501 St. Jude Place, Memphis, TN 38105-1905, or the charity of the donor’s choice.

No public services are planned at this time.

So very sorry for your loss! I will forever remember his smile and laughter especially at the bowling alley! Great person and will be missed.

Thank you again for all of your fond and happy memories of daddy and well wishes and prayers for our family. It put a smile on my face and in my heart just reading about how he touched you all and how nearly everyone looked up to him. He was always my hero. He taught me a good work ethic, and most importantly, how to play pool because he never ‘let’ me win a game. Thank you all again. I really needed this right now.

My deepest sorrow when I heard uncle Boyd’s passing. I was so glad to have seen him in 2019 and shared couple hours of fond memories together. I will cherish those hours and share those memories with my father Gordon Schell in silence. As they both are now together after all those years. As I write this, I just smiled, remembering when Uncle Boyd visited Alameda, CA, my youth in a hot rod…He looked at me and tempted me to “Burn rubber”. This is how I will always remember Uncle Boyd. Rest in peace Uncle Boyd. Christa and Robin, my heartfelt and deepest condolences to you both and the entire family.

It’s a beautiful obituary. I totally remember him washing our windows at Hair Lords! He will be greatly missed and was a blessing to many.

I am so sorry for your loss. I enjoyed knowing Boyd. He was always interesting to talk to.

From Wayne and Nancy Othick...

Wayne and I were so sorry to hear about your fathers passing-we
always enjoyed visiting with him-he always had time even washing
a window-we enjoyed building the addition on there house out side of Lawrence . He will be missed by many!Gods blessigs to all of you.

My condolences to all of Boyd’s family. I lost my father this year and know so well the feeling of a loss like this. I bowled with Boyd for many years on Wednesday night and so enjoyed being around him. RIP Boyd!

Thank you for all of your kind words and happy memories of dad. I am sure he is happy as he and mom are together again.

Christa & Robyn,
I’m so sorry for your loss. I hadn’t seen your Dad in a long time but I always looked up to him. He was a kind man and someone I will always remember.

Boyd was one of the finest men I have ever known and I was proud to call him my dear friend for nearly 40 years. I will miss him always.

I am nearly speechless. Boyd was one of my favorite people. I looked up to him immensely. I wish you all much peace.

So sorry for your loss, loved having them as neighbors when they lived south of town.

My deepest sympathy for the loss of your Dad, Boyd. He was one of the sweetest, caring man. Mom and Dad’s best friend. Hugs and prayers for the days to come.

From Paul and Wilma Ray, Ivan and Gloria Ray...

We are so sorry for your loss. Our thoughts and prayers are with you and your family.

From Jim and Linda Bost...

Ladies, just the mention of your Dad’s name brings smiles. He was joy. Please remember that as your loss engulfs you. Prayers

From Janelle and Tim Ballew...

So sorry and sad to hear of your loss. Our hugs and prayers go out to you!

Mr. Schell- It was such a pleasure being your neighbor in the 70’s and 80’s. I always loved seeing you pull in and wave. You were always a kind man. Robin and Christa -your dad was such a sweet man. May he RIP. ~Tracy Rose

So very sorry to hear of your dads passing. My thoughts & prayers are with you💝🙏🏻💝

Girls,
Very sorry to hear of your dad passing. I remember your dad cheerful smile when he came and cleaned the windows at Scotch Dry Cleaners. Such a wonderful man.
Prayers…

Christa and Robin, I am sorry for your loss. Prayer and hugs. Julie spain

Girls, I am so sorry about your Dad, Mr. Schell cleaned my windows at The Etc Shop since 1981 ,almost 38 years when he retired. I did not
know your Mom had passed away, Sorry….Linda Lester