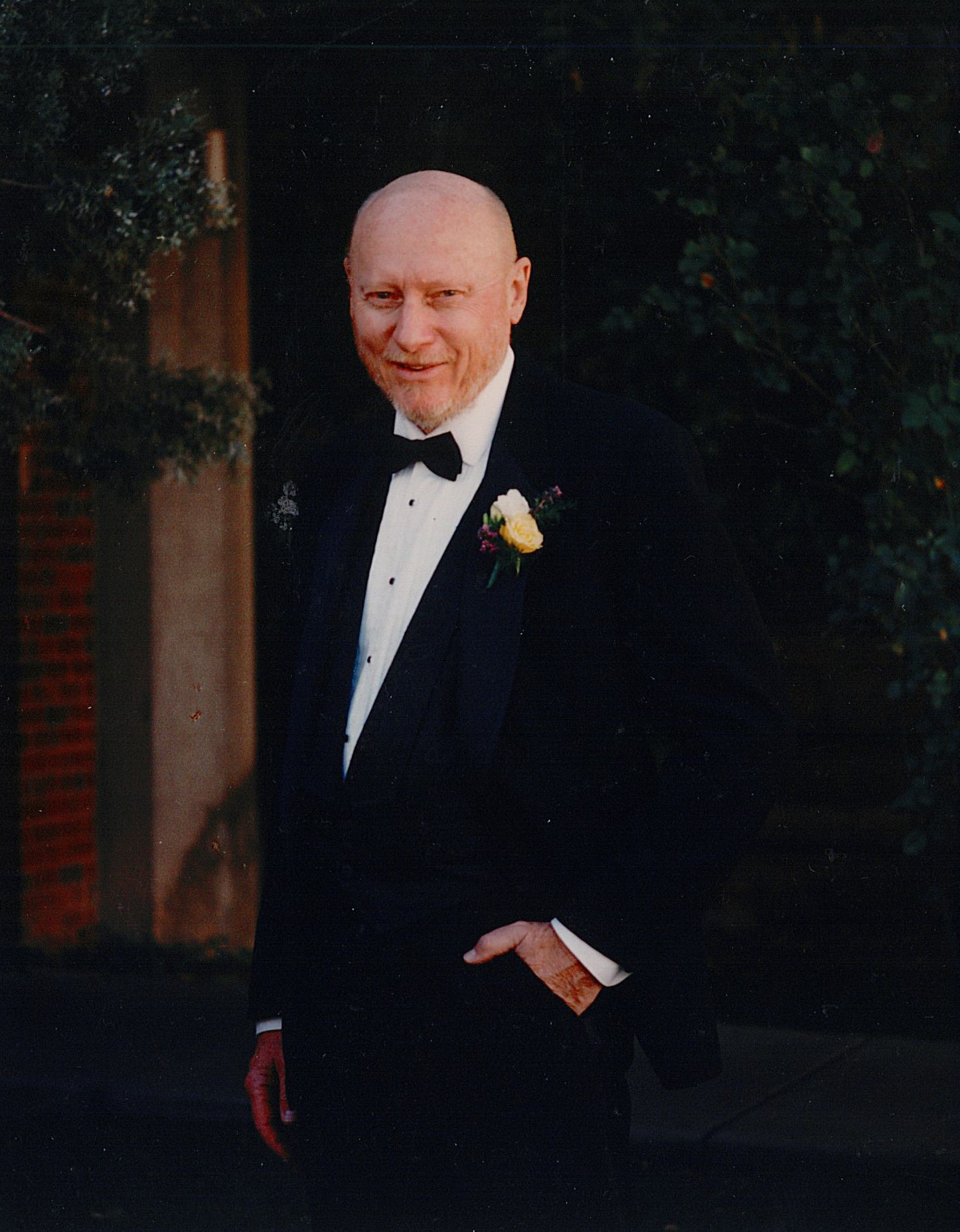 Clayton Gene “Skeet” Nuss, 89, of Lawrence, Kansas. Born in 1932 at home in Hoisington, Kansas to Henry W and Amalia Nuss. His parents were both “Volga Germans” who were immigrants to the United States from Russia.

Gene joined the U.S. Navy immediately after graduation in 1950 from Hoisington High School. He served on the USS Sperry, a submarine tender, and in Guam during the Korean War from March 1951 to February 1955.

Gene attended the University of Kansas using the GI Bill from 1955-1959. He graduated obtaining a BA in English and a minor in Art History.

Gene worked in various office positions at the H.D. Lee Company in Kansas City and Presbyterian Hospital Center and Plastic Surgery Associates in Albuquerque, New Mexico. Gene retired in 1993 from his “dream job” as a paraprofessional at the Fines Arts Library at the University of New Mexico.

Always an avid reader, Gene’s mantra was, “So many books, so little time.”

In 1994, Gene married Mary Jane Lybolt in Albuquerque. They moved to Lawrence, Kansas, in 1995.

Gene served as an usher at Trinity Episcopal Church and the Lied Center (from 1996 until about 2011), both of which fed his love of music and language. Gene was one of the first group of volunteer greeters at the Union Pacific Depot Visitor Center. His love of trains made that particularly easy duty as he’d count them as they came through Lawrence.

Mary Jane survives of the home. Gene was preceded in death by his parents, four brothers, and two sisters.

A Celebration of Life will be held Saturday, May 21st at 10:30 am at Trinity Episcopal Church, with Fr. Rob Baldwin officiating. In lieu of flowers, those wishing to honor Gene’s life can make a donation to the Trinity Episcopal Food Pantry, the Lawrence Humane Society or the Hospice division of the Visiting Nurse Association.

Mary Jane, I am so sorry for your loss. Sending you much love and warm wishes.

Mary Jane, I am so thankful that I ran into you and that you called me on one of Gene’s last days. I will always remember that. I also loved volunteering with him at the Lawrence Visitor Center. I could always count on him (and his sometimes sarcastic wit) to clarify things in the world. We had many enlightening conversations, and his love of trains was obvious. He will be missed.

I’m so sorry for your loss, Mary Jane. Wishing you comfort and solace during this time.

Mary Jane, I am so sorry for your loss. My thoughts and prayers are with you.

Mary Jane, So very sorry for your loss. My heart is filled with sadness hearing this news. Wishing you peace at this difficult and sad time.

Mary Jane, I am so sorry to hear of Gene’s passing. May all the memories of the good times bring you happiness in the days and years to come.

Mary Jane. I’m so sorry for your loss.
Hugs and prayers

Gene was a wonderful person, and we will miss him very much. Condolences and prayers go out to Mary Jane and all those who loved Gene.

Mary Jane, my thoughts and prayers are with you. Enjoyed working with Gene every Tuesday morning, he was one of the most dependable volunteers at the Lawrence Visitor Center.