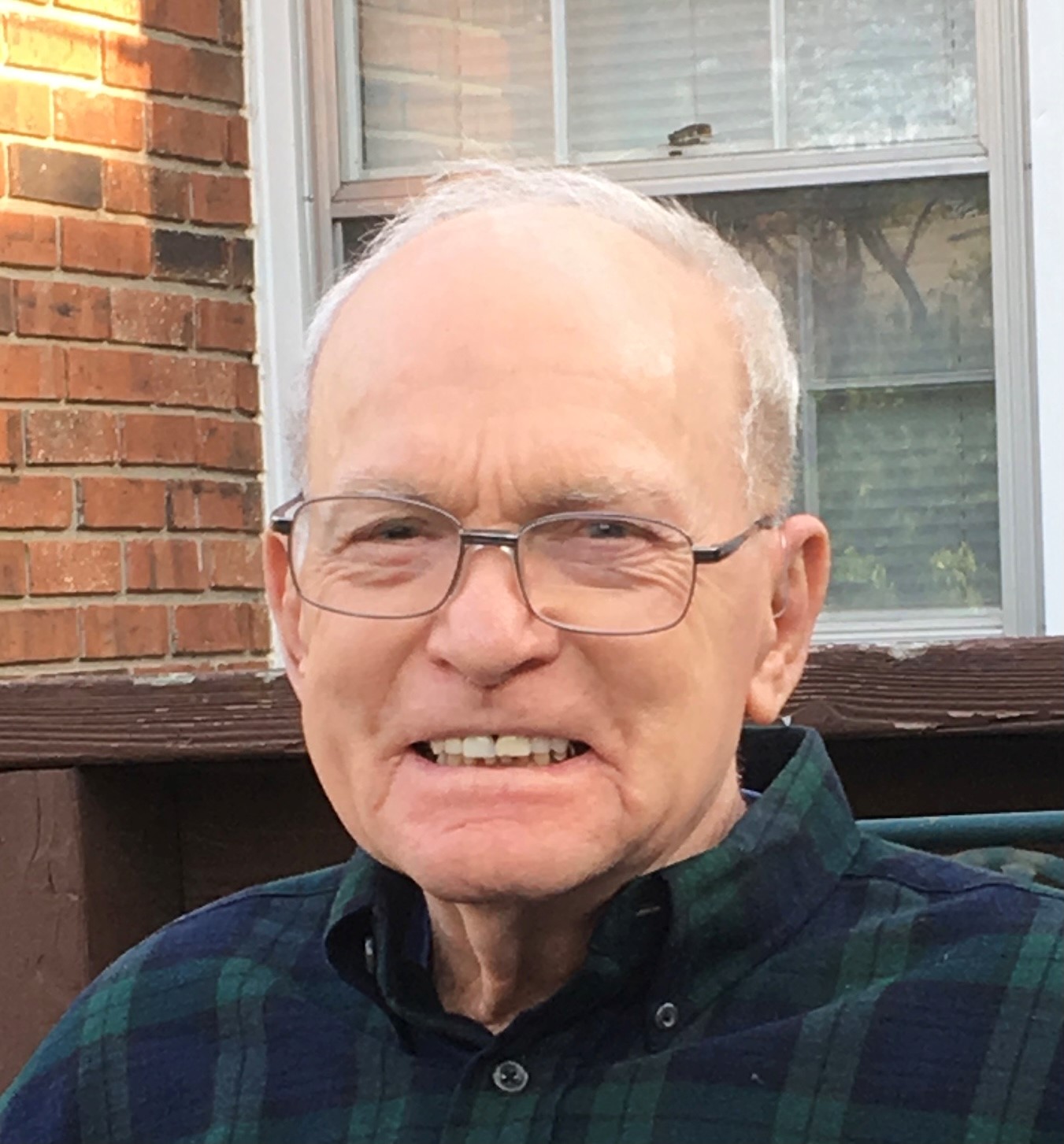 James Edward Sanders, 89, passed away Wednesday, December 8th, 2021, with his family by his side. Jim was born June 25, 1932, in Paola Kansas to Alice Gordon Sanders and Earl Edward Sanders.

Spending his early years moving from Paola to Tonganoxie, then Las Vegas, his mother, brother, and Jim settled back in Tonganoxie where he stayed, finishing high school, participating in all the sports, and meeting the love of his life, Joan Wiley, whom he married in 1953.

Jim joined the Navy in 1952, where he trained in electronics, and stationed in Oklahoma, Tennessee and Arizona. Upon discharge from active duty in 1954 and continuing on in the reserves, he and Joan started their life together in a home they built themselves in Tonganoxie. The first “J” was born while in the home there and they eventually moved permanently to Lawrence, adding two more “J’s” to the brood, completing the Sanders family of Jim, Joan, Jay, Juli, and Jon.

Throughout his life, Jim was active in community sports, coaching little league football, leading Boy Scouts, hunting, camping, and enjoying time spent with his many sister and brother-in-laws all while making new friends and being perpetually late because he was always running into friends that he had to visit with. One of his favorite past times, though, was traveling throughout the west in the RV with Joan and their best friends.

Jim enjoyed retirement from his 37-year career with Kansas Power and Light in 1988 by continuing and growing his electrical contracting company, Sanders Electric.

What an incredible person we have lost. Everyone was a potential friend to ‘Jimmie’ who always greeted you with a strong handshake and broad smile. It would be hard to walk away from a conversation with him without a smile on your face. He would jump to help anyone in need and never hesitated to be there for advice or to pass on his experience and wisdom.

His father in 1934, mother in 1977, and his brother, Kenny, in 2017 precede Jim in death. He is survived by his wife, Joan; three children, Jay and spouse, Sandi of Shawnee Kansas, Juli Hilz and spouse, Adam D’Agosto of Fountain Hills Arizona, and Jon of Tempe Arizona; four grandchildren; Chelsea Hahn, Jay Ross and Jordan Sanders, and Mason D’Agosto; and three great-grandchildren; Jenna, Juliet, and Jacey.

There will be no services at this time. The family will hold a Celebration of Life at a future date to be determined.

In lieu of flowers the family is requesting donations in Jim’s memory to the Alzheimer’s Association, sent in care of the funeral home.

RIP Uncle Jim. You were the uncle that always teased and joked with us and brought so much laughter into our lives. The family reunions,the many Christmas’s at the Sander’s house,the drop in visits will alway’s be precious memories to me. You are loved by all of us. My heart hurts for all of those that will no longer have you in this life.

Uncle Jim was the Uncle who would joke and tease with you. He always had a way of making you laugh and smile. So many Christmas’s spent at the Sanders will always be precious to me. So lucky to have had him for an uncle. RIP Uncle Jim.

From Paul and Rosina Houle...

We will keep all of you in our prayers. Paul will always be grateful to you!

I have been incredibly fortunate to have been brought into the Sanders family. A couple months after I met Jim and Joan’s daughter, Juli, she introduced me to her family, I was immediately welcomed with warmth and no judgment, just genuine affection…and of course ‘the Jim Sander’s torment’ began!! He hid fake plastic bugs in my food after sending me to the car to get Joan a jacket. It only got better from there! Jim was a mentor, a coach, a buddy; he was just an incredibly welcoming and warm person. I will miss him….we all will miss him. Rest well Jimmy. I love you man!

My sympathy to Mrs. Sanders and her family. Mr. Sanders and my dad, Ed Mechavich, worked together for many years at Kansas Power and Light. My dad had the highest regard for Mr. Sanders, he always had wonderful things to say about him. May Mr. Sanders rest in peace.

My deepest condolences to everyone who shared a loving and warm memory with Jim. May he Rest In Peace.

One of the good guys.
Rest In Peace.

Jim Sanders, no one could have a better friend than Jim.
These memories are sharp after so many years. He had a pet squirrel named speedunk. No clue where that name came from. If the squirrel crawled inside your shirt, you had better get him out. He went there to relieve himself. I saw more than one smile turn to a grimace. He had a dog named trouble (he had a talent for names) who came to live with us when he moved to Las Vegas. When he and his mom lived at 2nd and Main Street in Tonganoxie, he came into possession of several baby crows. He built a nice big cage for them. The crows did what all crows do, caw loud and often. He must have been a neighborhood favorite.
He was one of the best football halfbacks ever at Tonganoxie. Fast, quick, and like a bar of soap.
RIP Jimmy.