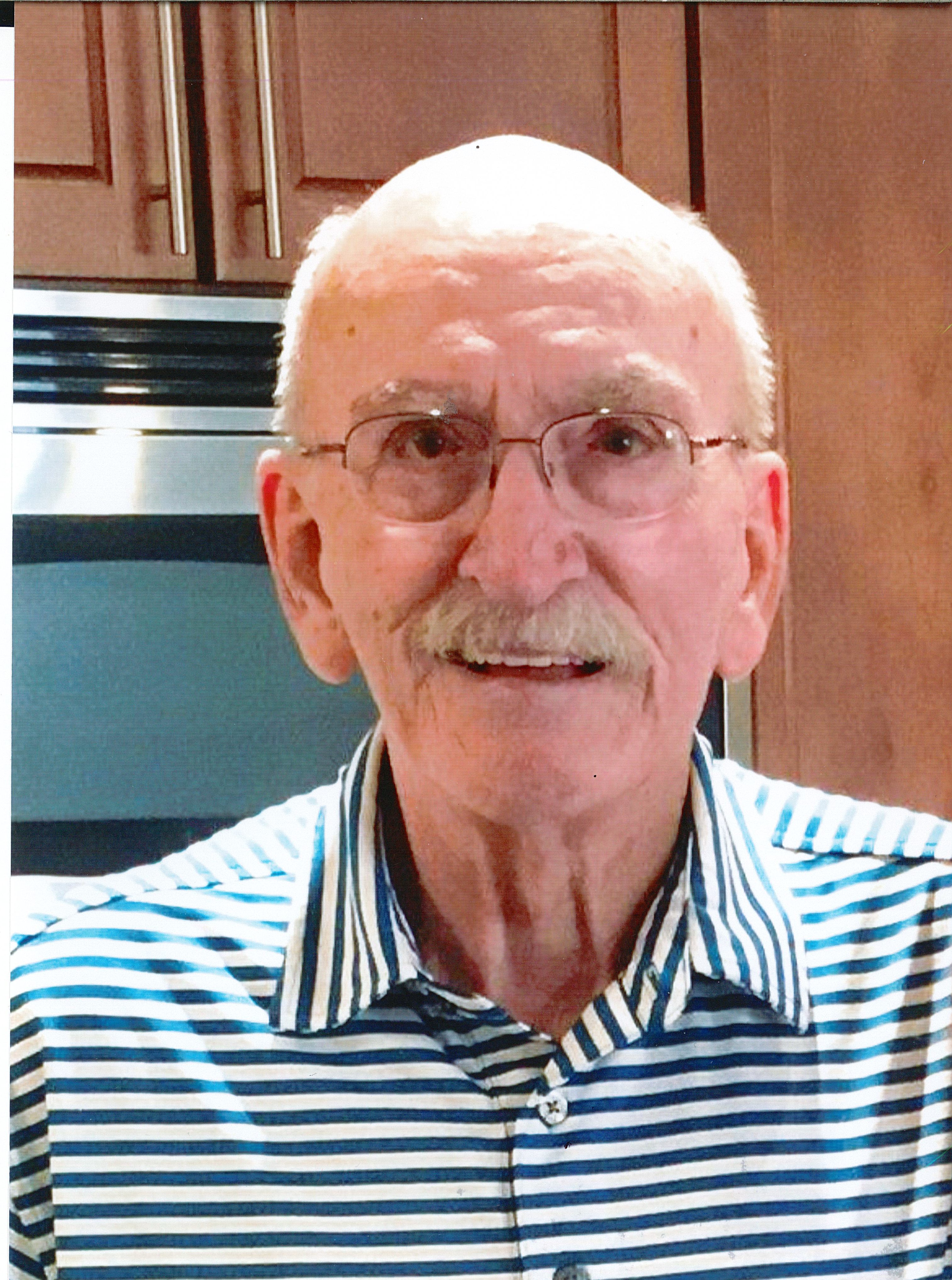 Services for Lynn Goodell, 85, Lawrence, will be Monday, December 27th at 11:00 a.m. at First Baptist Church, 1330 Kasold Drive, Lawrence, KS 66049. In the Spring an Inurnment service with full Military Honors will be held by the family at Pioneer Cemetery.

He was born in Vicksburg, Mississippi February 16, 1936, son of John William and Celestine Morrow Goodell. Lynn grew up in Texas where the family moved to in 1938. After completing high school, Lynn started college at North Texas State, but after a year or two he enlisted in the U.S. Navy in 1955. He served as a Metalsmith with the Pacific Submarine Rescue Fleet, and traveled the world on three different ships. Lynn has related many adventures from those years, including playing baseball for the U.S. Navy Pacific Submarine Fleet in Hawaii the last year of his service. Professional baseball teams visited Hawaii in their off-season to play against the Navy team. After his honorable discharge in 1959, he returned to college at Emporia State, graduating with a Bachelor of Science Degree and then later from the University of Kansas with a Master Degree in Public Administration. His Urban Renewal/Development career included positions with the cities of Tulsa, Oklahoma; Coffeyville, Kansas; and ultimately as Director of Housing and Neighborhood Development for Lawrence, Kansas for many years until his retirement in 2001. Upon retirement he was honored with a street being named for him – GOODELL COURT in east Lawrence.

His wife of 23 years, Marion Goodell, survives at the home. Other survivors include four sons, Bill, Eli, Bear and Sam; a step-son, Scott; a grandson, Clayton; sister, Lydia Williams, and brother, Wayne Goodell; four daughters-in law, Nancy, Brandi, Emily and Laura; and many nieces and nephews.

The family suggests memorials to Lawrence Habitat for Humanity, www.habitat.org/support/honor-memorial-gifts

I’m so sorry for your family’s loss. I worked with Lynn for many years in the City. He was so mild mannered and always had an open door for listening. If you had a problem, he didn’t just ‘fix it’, he challenged you to help with the solution. He took great pride in getting the red pen out for ‘grammatical proofing’ – haha. May your many wonderful memories get you through this difficult time.

From John and Mary Pringle...

We are so sorry to hear of Lynn’s passing. He was such a fun, warm and loving man. He will be greatly missed.

Marion and family, I am so sorry for your loss. Lynn always had a smile on his face and always put one on mine. I loved hearing his stories from his past. I’m so grateful to have had the opportunity to get to know him over the past few years. He will be greatly missed. Much love, Amy

From Linda and Richard Finger...

Dear Marion, Bill, Eli, Bear ,Sam and all the other family members missing Lynn.
Lynn was one of the first people at city hall that I met when I joined the City of Lawrence in 1978. I had the great pleasure of knowing Lynn as a co-worker, a friend, and as a neighbor on Atchison Street.
Lynn’s office was a haven from the stresses in city hall and he was always there to listen or offer advise, sometimes unsolicited. Many times I’d join up with Lynn in George Williams’ office to pass the time between 5pm and the start of a city commission meeting on Tuesdays.
As a neighbor, Lynn watched our kids grow from babies to toddlers, as we watched Eli, Bear and Sam grow up.
He knew community development inside out and his opinions were valued throughout the community.
In more recent times, prior to 2020, we would catch up with Lynn and Marion at the Sports Pavilion when we were all out for a little exercise. Have missed seeing both of you since the pandemic shut-downs.
We offer our deepest sympathies to Marion and your family in this time of mourning.

My sincere condolences to his family. I had the pleasure of working with Lynn as my boss at the City of Lawrence. He taught me so much, and I will never forget his very kind and generous soul. Rest In Peace, Lynn.

I had the privilege of meeting Mr. Goodell at his son Eli’s wedding to Brandi Flisram this past April. In a matter of minutes I discovered I had met a very smart man…one of the good guys.. Eli and Brandi and family you have my sympathy. I know you have so many memories to celebrate!
Faye and I give you our love!

Mr. Goodell was a fine father and an accomplished gentleman. requiescat in pace. His kind legacy will live on with his sons and their sons and daughters

I am sorry for your loss Eli and Clayton. Thoughts and prayers during this difficult time.