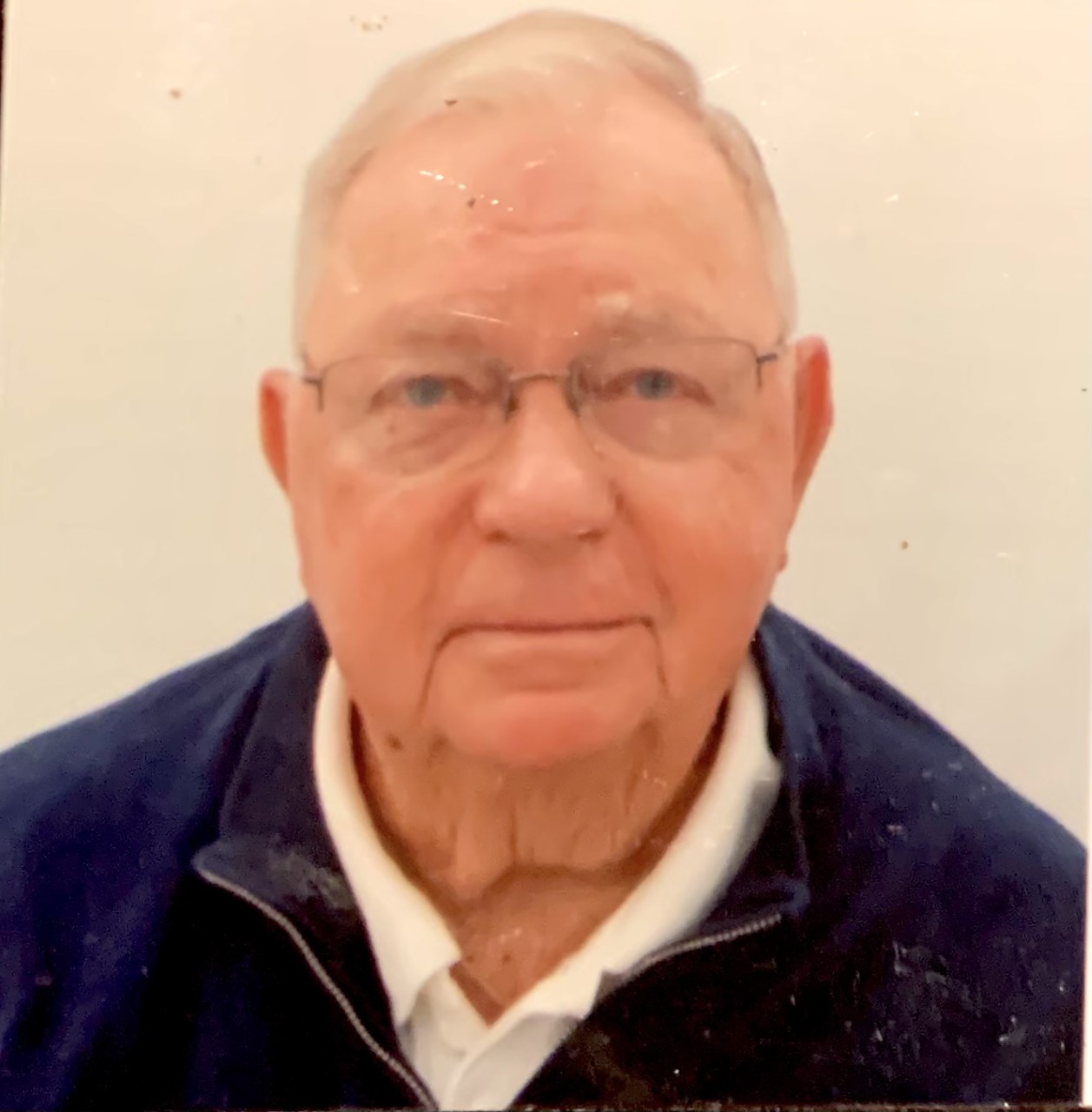 Graveside services for Richard L. ‘Dick’ George, 90, Lawrence, will be at 2 pm Tuesday at Oak Hill Cemetery with Pastor Todd Seifert officiating. Dick passed away peacefully at his home on Wed., Dec. 22, 2021, with his companion of 8 years, Judy Gragg beside him.

Dick was born June 29, 1931, in Irving, Kansas.  A small town that is no longer there.  He was the only child of Leo and Alice Youngquist George. In his earlier years, Dick went to Kansas State University.  Not attending long, he was then enlisted to the Army where he was trained and served as a heavy artillery instructor.  During that time, Dick married the love of his life, Betty Webster.

After the Army, Dick and Betty moved back to Lawrence Kansas and Dick began his career at the Lawrence Paper Company where he stayed until his retirement in 1992.  Throughout the years, Dick and Betty also had rental property.

Dick, being of Christian faith belonged and was an active member to the Scottish Rite of Freemasonry and also the Kansas Freemasons until his death. He was also a life long member of the American Legion.

Once retired Dick pursued his interests.  He and Betty loved to travel to different states and areas searching for the best golf courses.  During the winter months, they would reside in Florida playing golf, escaping the cold weather, and listening to dixieland music.

Dick will always be remembered for his sense of humor and his love for his family.  As a father, grandfather, and a great grandfather, he was an ideal role model.  He always disciplined with instruction and stressed to always put oneself in the other shoes for perspective.  He always showed his love and always gave sound advice.

Richard L. “Dick” George, was a hard worker and a genuinely caring and compassionate Christian gentleman.  We will dearly miss him.

Walker, Cole and I were saddened to hear about Dick’s passing. We shared many laughs and fond memories during the holiday of being Dick and Betty’s neighbors.

Our thoughts are with you.

Steven and Eva and family. You are in my prayers. May God bless you with comfort, healing, and understanding, and may the promise of His Son be in your hearts so that you will know that this parting is only temporary; that this is not goodbye, it is only so long, til we meet again. God bless you.

Lynnie, I am so saddened to hear of your dad’s passing. He was such a great guy and I truly enjoyed the little bit of time I spent being his “helper,” and also with your mom. He was a barrel of laughs and made a person feel comfortable with just being themself around him. I hope he did finally get a new vacuum!! Haha! Sending you lots of love,
Pam

Lynnie, I’m sorry about your dad passing. I’ll be thinking of you, sending love and hugs.

Steve, Josh and family; Very sorry to read this news, especially during the holiday season. Your father/grandfather was a kind man and instilled his legacy beyond this life in both of you. Peace for all of you during this difficult transition.

Steve, Lynnie and Family,
So sorry for the passing of your Dad and Grandfather as I know how close you were as a family. Please know my thoughts are with you.

Dear Steve and Eva,
So sorry for your loss…Dick was a great guy and I thoroughly enjoyed working with him at Lawrence Paper Company, and seeing whole bunch of you for meals at the Wooden Spoke in Baldwin several times over recent years.