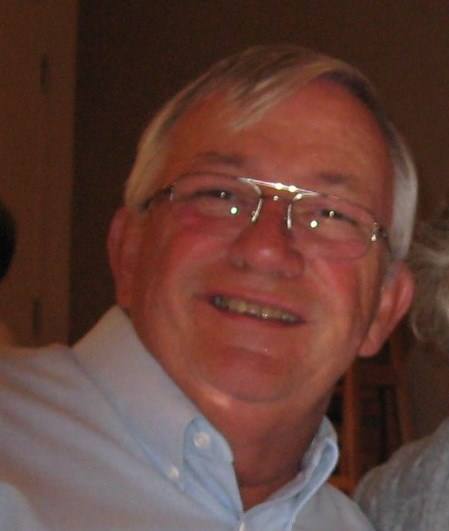 He was born December 7, 1950, in St. Joseph, Missouri, the son of Hugh Lawrence and Brodine Langston Lawrence.

He enlisted in the U.S. Marine Corps in 1968 and served in Vietnam.  After being honorably discharged in 1972, he began his 33-year career in the U.S. Postal Service, retiring in 2005 as the Manager of Main Post Office in Lawrence, Kansas

He married Bonnie Lutjemeier on November 28, 1968, and they had two sons, David and Shane.  They later divorced, and on February 3, 1996, he married Linda Bolton Stine, who survives of the home.

Other survivors include son David and his wife Barbara and their daughters Morgan and her fiancé Colton Wichtner and Samantha, all in Lawrence, son Shane and Shane’s daughter Shayla, stepson Jeff Stine, and his wife Tracy and their son Ethan in Pennsylvania, stepdaughter Kristen Stine in Lawrence and sister Nancy Reed of Easton, Kansas.

He was preceded in death by his parents, his sisters Patty Lawrence and Bonnie Stimac, and his brother Bobby Lawrence.

Bill always enjoyed an early golf game, a trip to the ocean, and cooking for others. But what he loved most of all was being a grandpa.  Whether splashing around in the pool or dancing his silly Grandpa dance, his grandchildren were the joy of his life.

Linda,and family,
I am heartbroken to hear of Bill’s passing. We were very close friends Bill, Bonnie and Bonnie we all went to school together at Washington High class of 1968. I think the main reason we were so close was because my brother Dennis and I were also twins. There were about 12 or 13 sets of twins in our class and this made us special. Oh the laughs we had as friends. I pray that God wraps His arms around your families and comforts everyone of you
So long to my friend Bill may he forever rest in peace.

I am so very sorry for your loss. Bill was a good man and I always enjoyed visiting with him. Wishing you peace at this sad and difficult time.

Linda and family , we are so sorry about Bill’s passing. We had lots of good memories of us all with our Beta Sigma Phi group. We were glad to know him. Mary Beth and John

Wishing you peace and comfort during this difficult time.

Dear Linda,
There are, of course, no words to ease your pain right now, however, may Bill’s memory forever be a blessing to you and may your sadness give way to the happy memories you shared together and bring you peace.
Love and hugs,
Susie

Linda, I’m so sorry to hear of your dear husband’s passing. Sending prayers to you and your loved ones.

From Bill and Sharon Reynolds...

Linda and family, Words aren’t enough to express our sadness at Bill’s passing. I was privileged to know him and work with him. I counted on him for his advice and his friendship. He was liked and respected by his employees because he was firm but fair. Personally, I never worried about taking a vacation because I knew the office was in good hands with Bill. Sharon and I hope that all the good memories you have will help ease the pain of the loss.

Linda, so sorry for your loss. Thinking of you and sending prayers to you and your family.

Linda, I was so sorry to hear of Bill’s passing. He was a good friend and and a great guy to work for. He taught me how to be a good supervisor and how to work with people. Rest in Peace my friend.

May peace be with your family as you deal with Bill’s passing. I worked with him at the post office and he really had a nice sense of humor and was a fair boss.

Dear Linda,
Heartfelt thoughts toward you and your family in this time of distress. RIP. Ken Wertzberger

From Judy and Eric Smith...

Linda, we are thinking of you and all family members during this difficult time.

Linda and Family, So sorry to hear this sad news. I loved Bill’s sense of humor. Too young to leave you, Linda. Lareeda

Linda and family, I am so very sorry for your loss. Bill had many friends at the Lawrence Post Office and was always eager to help. He was a great friend and teacher, who made my job much easier. He was interested in many things and had a smile for all. He just made things better.

From Larry and Nomi Redding...

Dear Linda and family, We are thinking of you and wishing you ease and comfort in your deep loss.