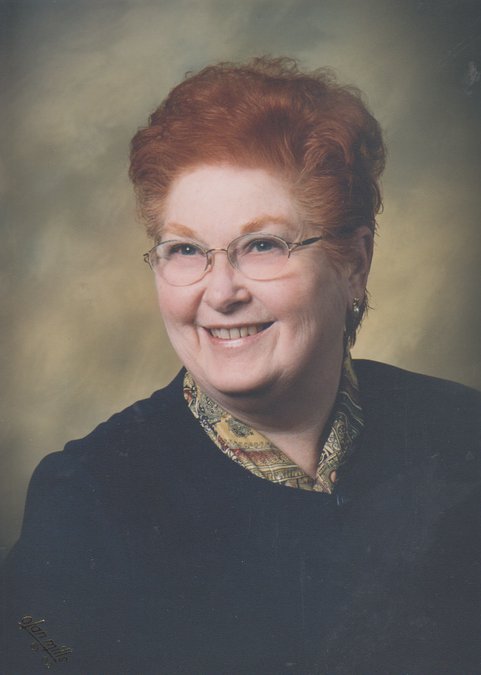 She was born September 28, 1930, in Cairo, Kansas, the daughter of Earl Edward and Martha Estella (Nossaman) Barker. The family moved to Great Bend where Joyce attended Great Bend
High School.

Joyce married Glenn Morrison and they had four children. Joyce and Glenn worked at Harvey’s Furniture Store until opening their own furniture and fabric stores the early 70s in LaCrosse,
Kansas. They later divorced.

Joyce worked Central Kansas Medical Center for over 20 years–mostly in the Admissions department. Never one to sit still, she also owned Nature’s Nest and Country Treasures gift
shops. She painted in oils, selling her art at regional shows. Joyce was licensed in graphanalysis and taught classes at Barton County Community College on the topic. In the 1990s, Joyce started and ran a support group for families dealing with the effects of ALS. She was a member of the First United Methodist Church of Great Bend.

Vicki, I enjoyed knowing your mother when we both worked at CKMC. After she retired it was a treat when I would see her in the community. I have no doubt that I will see her again in heaven. You have my sympathy.

She was one of the best friends I ever had. We had great fun on trips, and working together at CKMC in Great Bend, Ks. I’m a better person for knowing her.

Loved coming to visit you over the years with Vicki… Great Bend, Salina and Lawrence… will miss you, Joyce!

I loved her so much. She made me laugh and I loved her stories. Got to experience Bingo with her. What a wonderful lady who loved Jesus and was always helping others. Miss her too!