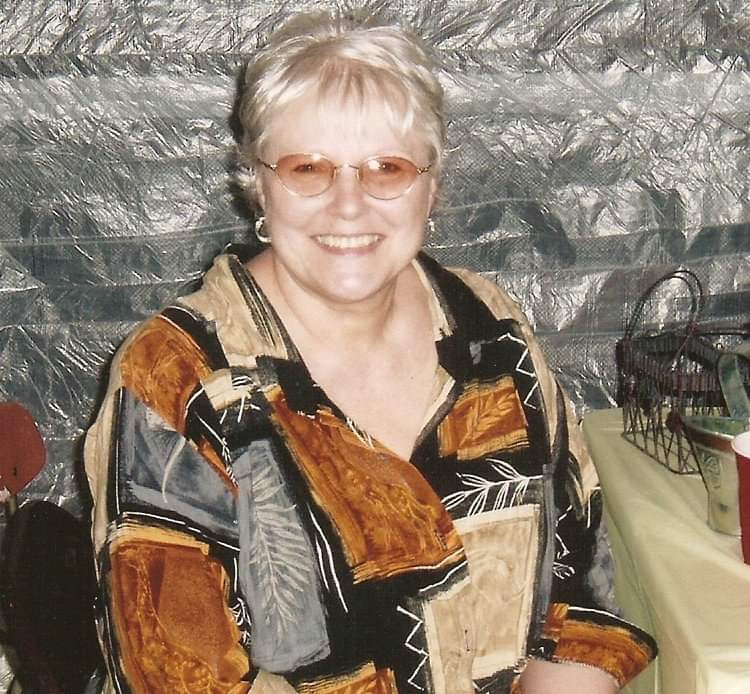 She was born on September 9, 1944 in Kansas City, the daughter of James and Hazel Tarwater. She graduated from Wyandotte High School in 1961 and earned an Associates Degree in Journalism from Donnelly College in 1963. While she and her husband Robert have lived in many different places in the United States from the east to the west coast, her favorite was Biloxi, Mississippi. She and her husband were currently living in Independence, Missouri.

Judy worked for many different businesses over her lifetime including Schlage Lock Co., Casey’s, Southwestern Bell, but the job she was most proud of was raising six sons. Her love, dedication, guidance, and determination ensured their success. (A smack on the hind section with a flyswatter didn’t hurt either.) She was not only their mother but their teacher, guidance counselor, confidant, and sometimes warden. Her pride in their accomplishments was evident if you ever got the opportunity to visit with her. She loved to dote on her ‘boys’ and share their successes with anyone that would lend her their ear. In her free time she enjoyed crafting, sewing, playing the slots, spending time with her husband, and taking care of her cat ‘Horatio’.

She married the love of her life Robert ‘Bob’ Degenstein on June 9, 1981. Their love was evident from the beginning, her sharing the most precious thing she had with him, her children, and him accepting the children and raising them as his own.

Survivors include her husband Bob; her sisters Nancy and Sue; her sons Eric, Adam, Krystopher, and John; and multiple grandchildren, nieces, and nephews.

Judy was preceded in death by her mother and father; her brother James ‘Jimmy’ Tarwater; her sister’s Hazel ‘Lady’ Davis and Lori Joy; and two of her sons Scot Johnston and Thad Johnston.

Judy and I were classmates at Central Junior and Wyandotte High School, we served together on the staff of the Pantagraph. She was fun to be around and a good friend.

I met Judy in second grade when I transferred to Park Grade School, and she became my first new friend. Of course Mrs. Tarwater was my Campfire leader, and I remember Judy’s older sister, Hazel (I think! Was she called Lady? So long ago!), and little brother Jimmy. We then went through Central Junior and Wyandotte High School, where we were both on the Pantograph (newspaper) staff. She was a lovely young girl. My sympathy to Judy’s family.

I was working our our class reunion (60th Wyandotte) and was trying to locate Judy and found this obituary. Judy and I went to grade school together. Her mother was our Camp File Girl leader. So sorry to hear of her passing . Condolences to Judy’s family.