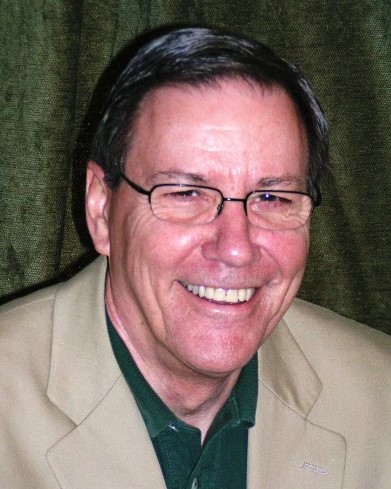 A celebration of life for Ralph Dana “Bud” Gage Jr., 80, a longtime newspaper executive with the Lawrence Journal-World and a member of the Kansas Newspaper Hall of Fame, will be at 3 p.m. Friday, March 11 at the Lied Center of Kansas. An opportunity to visit with family will follow the service.

Gage was inducted into Ottawa High School’s Wall of Honor in 2006. Ten years later he became a member of the Kansas Newspaper Hall of Fame; he received the Kansas Press Association’s “Outstanding Mentor Award” in 2009.

He was a 1964 graduate of the University of Kansas School of Journalism. After graduating from KU, Gage worked at the Salina Journal in Salina, Kan., as district editor and Sunday editor, and then moved to the Metro-East Journal in East St. Louis, Ill. He joined the staff at the Lawrence Journal-World in 1969, and during a 43-year career with the Journal-World and its parent company, The World Company, Gage served in multiple roles including managing editor, general manager, chief operating officer and director of special projects. As a reporter, he covered KU and was part of the team that reported on the 1970 burning of the Kansas Union and the civil unrest on campus. He had additional management responsibilities for other company operations, including weekly newspapers, magazines, cable television, internet, software development and a network-affiliate television station. He retired in 2013 and remained on the company’s board of directors until 2016, when the company sold its media assets.

“I just enjoyed reporting and writing and meeting people,” Gage told the Journal-World in a story about his induction into the Hall of Fame. “When I landed here, I had the opportunity to get into the management side, and then ultimately into corporate management. One thing led to another, and 43 years flew by. Writing and reporting, though, are still the most fun, I think.”

During his time in management at the Journal-World, Gage was particularly proud of the efforts to bring together the newsrooms of the newspaper and 6News, a cable news channel previously owned by The World Company. The “converged newsroom” attracted national attention from The New York Times and drew media executives from across the country to tour the operations.

Gage wrote about the World Company’s convergence efforts for Nieman Reports (Winter 2006) and presented about those efforts in numerous forums in the U.S. and abroad. The Times, in writing about the company in 2005, called him “a no-nonsense taskmaster…deputized to make sure the company’s trains ran on time.” Tim O’Brien of The Times, Gage frequently said, might have written his epitaph.

In a Journal-World story upon his retirement, he was lauded for the standard of excellence and reputation for detail he brought to his work. Dolph C. Simons Jr., chairman of The World Company, was quoted as saying Gage had “played a major role in nearly everything good that has happened to the paper.”

Gage was a graduate of Leadership Kansas (1983) and was active in community, professional and business organizations as well as First Baptist Church, where he twice served as Moderator and co-led fund-raising efforts with Martha. He was a member of the Kansas-Lower Republican River Basin Advisory Committee and served several terms on the Lawrence Chamber of Commerce board of directors. Before they were renamed, he was a board leader of the United Fund in Lawrence and the Boys Club of Lawrence. He had been a board member of Van Go Inc., and a board member of Presbyterian Manors of Mid-America.

He was a cyclist and a long-time participant in Red Dog’s Dog Days. He cherished his age-group (70s) victories in the Dr. Bob’s Run, as well as having completed five Matfield Green Metric Centuries (aka “the death ride.”)

He was preceded in death by his parents, Ralph and Thelma Gage.

Ralph was a leader in so many ways for the community he loved. My sincere condolences

Martha
Marie and I have been thinking of you and your family these past few days these. It seems like only yesterday, that we were visiting regarding New Generation Society. While I have known you for several years due your early work, we have only become acquainted with you and Ralph as a couple through the New generation Society. That was an enjoyable experience for us. I remember Ralph’s work with the Journal World well. I was always impressed with how he carried out his role. I knew of his contributions to the community but not the scope of his community involvement. The community will miss him as will his many friends and the benefactors of his community service. We look forward to your continued involvement in the New Generation Society. Hopefully , we will soon be back to opportunities to meet with friends. Our thoughts are with you.
Our best. Ed and Marie Meyen

Martha, Susan, Paul and family: My sincere regrets on your loss of a loving husband and father. I enjoyed being your neighbor along Rock Fence and teaching Calculus to Susan. May your many fond memories give you blessings and strength during this difficult time.

Sending prayers to the Gage family! I knew Ralph from Red Dog’s Dog Days and he always was so friendly and supportive of everyone who participated! His smile and friendship will be missed by many!

Thoughts and Prayers, Martha.
May the good Lord wrap His loving arms around you and give you peace.

From Ernest Angino and Margaret...

Margaret and I send our deepest condolence to you at this loss.Ralph was one of our cherished friends.We all hope to be reunited once again in the long future. He will be missed. His smile was one of warmest and best of all our friends.We add him to our prayer list. Hang tough. Margaret and Ernie Angino

Therese and I are very sorry to hear of Ralph’s passing. I feel very privileged to have worked alongside Ralph at First Baptist Lawrence, witnessing his strong leadership and benefiting from his mentoring myself and others. Our condolences extend to Martha the rest of his family and his many friends.

Martha, I am so sorry. I remember so many of Ralph’s articles . . . especially two: one about Elvis and the other about a submarine. He was a wonderful story teller. What a productive life he lived and what an important part you were in it.

Martha and family. I’m so sorry to learn of Ralph’s passing. My thoughts and prayers are with you.

A life well lived. Our sincere condolences to Martha and family.

I could not say it any better than Dolph did, what a loss for Lawrence. He was so helpful and instructive to me with the relationship between the Journal World and LMH. He will be missed.

My deepest sympathies to Martha and his family. I enjoyed getting to know him during my time at The Journal-World. He was a community leader and a true advocate for journalistic excellence.

I only had the honor and pleasure of knowing Ralph through the New Generation Society of Lawrence starting in 2015. It was immediately clear that he was a leader. In committees, he was rarely the first to speak, but his was the opinion we all wanted to hear. If Ralph said he would do a thing, it got done and done well.
Even in social situations, Ralph was a good listener, an active listener. He was a quick study. In a conversation, one could tell by his expression that he got the point before the sentence was finished, but he never interrupted or became impatient.
I never heard him make a judgmental comment, even if he did have a mischievous twinkle in his eyes.
Lawrence feels a little colder without the chance to talk with Ralph again.
I loved that he wore cowboy boots with his jacket and tie.
I will miss the almost impossibly deep rumble of his voice.
I will miss his smile.
-Barbara Mason

I’m so sad to hear about Ralph’s passing. He was such an inspiration to many of us at The Lawrence Journal-World. My thoughts & prayers to your family.

We were sorry to hear of Ralph’s passing. He was a lovely patient. May his memory forever be a blessing.

We are so sorry to hear of Ralph’s death. He was so instrumental in so many things in Lawrence. His guidance and smile will be missed by all. We share your loss.