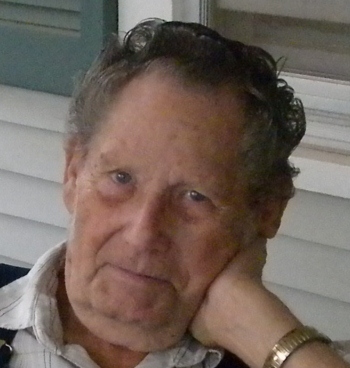 Max, 94, passed away at his home in Lawrence, Kansas on March 14, 2022, surrounded by family and friends. Max was born in Lawrence, Kansas on March 5, 1928 to John and Gladys (Cline) Lingenfelser. At the age of 2 weeks the family moved to rural Leavenworth County where Max attended a one room school house with his two brothers Jackie Gene and George. They moved back to Lawrence when Max was in the seventh grade.

As a teenager he worked many odd jobs for spending money. At the age of 17 he enlisted in the US Navy during World War II. He served on the USS Duluth and the USS Bremerton in the South Pacific.

Max was employed by Morton Building Company for over 37 years until his retirement.

Max had a wonderful sense of humor and enjoyed a good laugh. He often reminisced about the years he spent delivering blocks and the places he had been to around the world.

Max has grandchildren and great grandchildren on the Lingenfelser and Will side of the family that he treasured and numerous friends who will miss him dearly.

In 1983 The Willow Springs Township formed a new fire dept. We sent out a fundraising letter. Max was the first to show up with 10 crisp $100 bills. That’s who Max was. Enjoy the memories.

Our whole family loved Max. He was Delmar’s neighbor and close friend, and I would laugh hearing them arguing over who was better…The Navy or Marines. Max was good council when it came to real questions, and he had decades of experience. My family will miss him, but Max and Del will be able to continue their conversations over the fence uninterrupted now.

My condolences to classmate, Gloria, Max’s daughter. May the Lord Jesus Christ comfort all who mourn, and give them His peace, which passes understanding.

I didn’t get to spend a lot of time with Max but he always welcomed me with a big grin and open arms. He was full of life and loved everyone.

Marilyn I am so sorry for your loss. May all the memories bring you comfort.

RIP Mr.Lingenfelser. When I lived in Baldwin I enjoyed coming out to your farm with Dorothy who was and still is my best friend. You and Dorothy’s mom was so hospitable to me. Your farm was amazing. It made me miss my farm life growing up in West Virginia. Have peace in eternity.

From Debby and Tom Lowe...

Max was such an awesome person. He meant a lot to our family. There wasn’t anything he wouldn’t do to help someone out while he struggled with issues of his own. I wish we had kept in touch after we moved from Lawrence. May you find peace and comfort in your memories of Max.

Max was an ornery, hilarious, and fun loving, big-hearted man. Everyone loved him and loved spending time with him. He lived a long and happy life and we’re all going to miss him. RIP Max ❤️