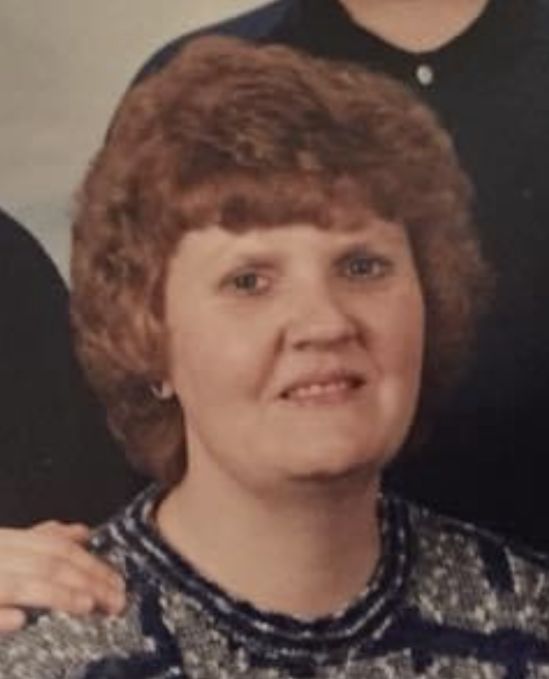 Memorial services for Linda Kay Wymore, 70, Lawrence, will be at 2 pm Sunday at Rumsey-Yost Funeral Home & Crematory, with Chaplain Paul Reed officiating. A visitation will be held from 1 pm until service time. Linda passed away Monday, April 25, 2022, at her home with her husband by her side.

She was born June 13, 1951, in Marshall, Mo., the daughter of Fred Leroy Brandon and Mary Frances Carr Brandon. She graduated from Washington High School in KCK and later attended Emporia State University. Linda worked for the Oskaloosa School District for several years as a baker and later as a school bus driver. She was an accomplished tie-dye’er, and enjoyed horses, chickens, and camping. She and her husband were members of the Carriage Travel Club.

In lieu of flowers, memorial contributions are suggested to the American Cancer Society, or Douglas County Visiting Nurses, in care of the funeral home, 601 Indiana St., Lawrence, KS, 66044.

Clarence so sorry to here of Linda’s passing we will be praying for you. If there is anything we can do let us know. I have fond memories of our time spent together in the Oskaloosa Ball Association. Joe and JoEtta Bellinger

From Scott and Tina Lybarger...

Jamie Jodi, Jadyn, and Kelsey
I’m so sorry about your loss. She was a wonderful person. I always remember her being so nice to me when she seen us. I know where my brother gets that from.

From Tom and Vicky Ouellette...

Prayers to Linda’s family and friends for your loss!

From Jack and Debbie Curtis...

Sorry for your loss, Linda was such a kind person and just fun to hang out with. PRAYERS for you and the family.

Clancy, Susan & family, we’re so sorry for your loss. Linda was always a bright light and good friend. All of our thoughts go with you and your families.

Clarence,
I am sorry for your loss. I pray that the Father will give you comfort at this time. Blessings Clarence to you and your family.

So sorry for your loss. Linda was an amazing lady. She will be greatly missed!

So Sorry for Your Loss Clancy!

We are so sorry for your families loss. I was so lucky meet to Linda while RV’ing and working with her on craft projects, developing a special friendship. Oh those t shirt tie dying sessions! So much fun. A remarkable, fun, caring, gentle sole. I will always be her “Queen of Hearts ♥️ “. Sending love and hugs to Clancy and family.

I will be sending prayers for all the family to get through this. I thought the world of Linda and am so sad. Love to all!