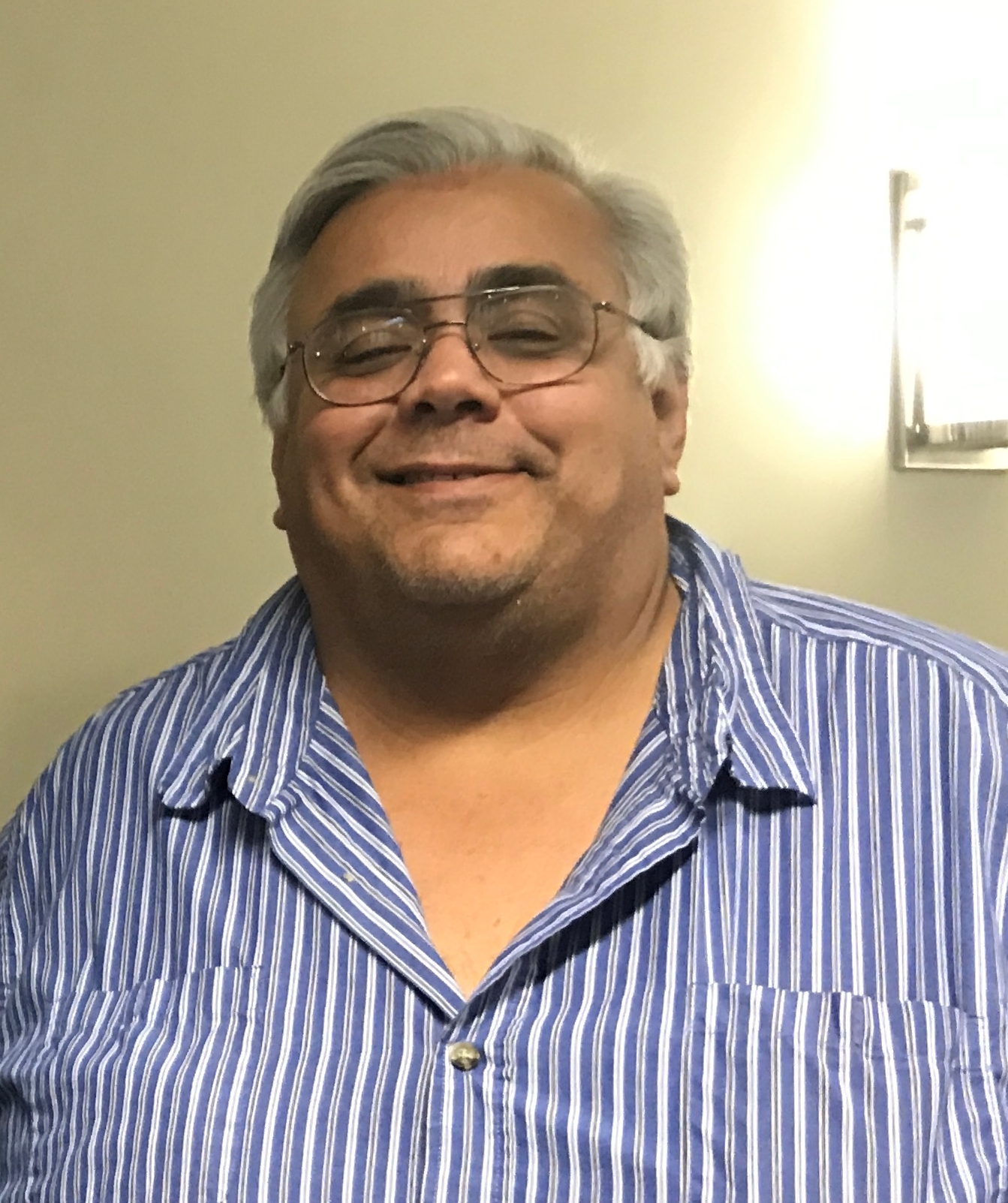 Francisco (Frank) Leyva Calderón, age 54, passed away in Cedar City, UT, on May 21, 2022. Frank was born on November 20, 1967, in Mexico City. He was a graduate of Santa Paula High School in California and he went on from there to attend Ventura Community College, where he played football. He was later recruited to play football at Tabor College in Hillsboro, KS, where he obtained a Bachelor of Science in Animal Sciences and met his future wife, Donna (Rice) Calderón. They got married on August 1, 1992, in Hutchinson, KS, and started a family in Liberal, KS. Over the course of his career, he worked at DeKalb in Plains, KS, and then later Seaboard Foods and Qvest Sanitation in Guymon, OK, before moving to Lawrence, Kansas.

Frank was an avid fan and recreational player of many sports, but especially football, golf, and baseball. He enjoyed supporting his children at their various school activities, such as band concerts and sports matches. He had a passion for learning about anything and everything, and would constantly be researching the local history of Kansas and other places he has traveled to. He had an eclectic music taste and an even more eclectic sense of humor. His favorite movies included The Big Lebowski, the Godfather movies, A Christmas Story, and Little Miss Sunshine.

Visitation will be held on Sunday, May 29 at 3 pm at Rumsey-Yost Funeral Home in Lawrence. The funeral service will be held on Monday, May 30 at 10 am. A memorial fund in Frank’s name is being set up for the Calderón Children’s Educational Fund. Donations can be sent in care of the funeral home, PO Box 1260, Lawrence, KS 66044.

Porterville, California- A visitation will be held at 4pm Wednesday, June 1, at Porterville Funeral & Cremation Center, Porterville, CA with a rosary to follow at 6pm.

Donna and kids,
So sorry to hear of Frank’s passing.
Always enjoyed seeing you all at events in Liberal. Didn’t know you relocated to Lawrence area also. It’s sad to lose a close family member but our God can help us and they will never be gone. Keep those great memories close to you.

Donna please know that you are in my thoughts and prayers.

Dear Calderon Family,
I am so sorry to hear about Frank’s homegoing. He was so very dear and kind. My thoughts and prayers are with you during this very difficult time.

From Betty and gabe and kids...

Sorry for your loss condolences to all the family

Frank it was a pleasure knowing you in my life Time.You we’re not only know as a great friend but a wonderful Father and Husband to your loved ones.We will dearly miss you here at Seaboard Foods where you made great friends and great smiles every time you were present.God has a Special place for you my friend where some day we will all meet in heaven some day.God bless you and your Wonderful will miss you Johnny G

Although we were cousins growing up I always thought of you as my big brother. You were my role model you were the one I wanted to be like. From you I pick up my love of sports and love of music . I remember going to Barbara Webster to play basketball or football depending on what was in season or cruising in your truck and listening to U2 Joshua Tree . As adults you move to Kansas and just the business of life we didn’t see each other that often, but on those occasions we got to hang out it was a joy and pleasure to be around you. I am heart broken but I just want you to know that I love you and you will always be in my heart and never forgotten til we meet again .

From treatement and procedures...

Praying for you and your family. Our thoughts are with you. We enjoyed our time with Frank. May you find confront in the precious memories you will cherish forever in your heart.

Gonna miss you cousin we had some great conversation debates and disagreements between kansas football and USC football. Memories of growing up with you as a little kid being I spent a lot time at your house from having you toss me around all over your water bed to hanging with your pig in the backyard man gonna miss you Paco all us cousins loved you and admired you rest up and if you see my sister you know what to tell her 😉 🙏🏼

Can’t believe you are gone brother. You left us to be with dad and I know you are very happy now. I’m missing you so much brother and I so hope this is a dream, but it’s not. Love you so much and please give dad a big hug with a kiss from me.

RIP FRANKIE YOU WILL BE MISSED BY MANY. IT WAS A PLEASURE TO CALL YOU MY FRIEND. GOD BLESS YOUR FAMILY

Damnit, Frank, you left us too soon. You were fun to work with and a good mentor for sanitation. Love you, my friend, rest in peace.