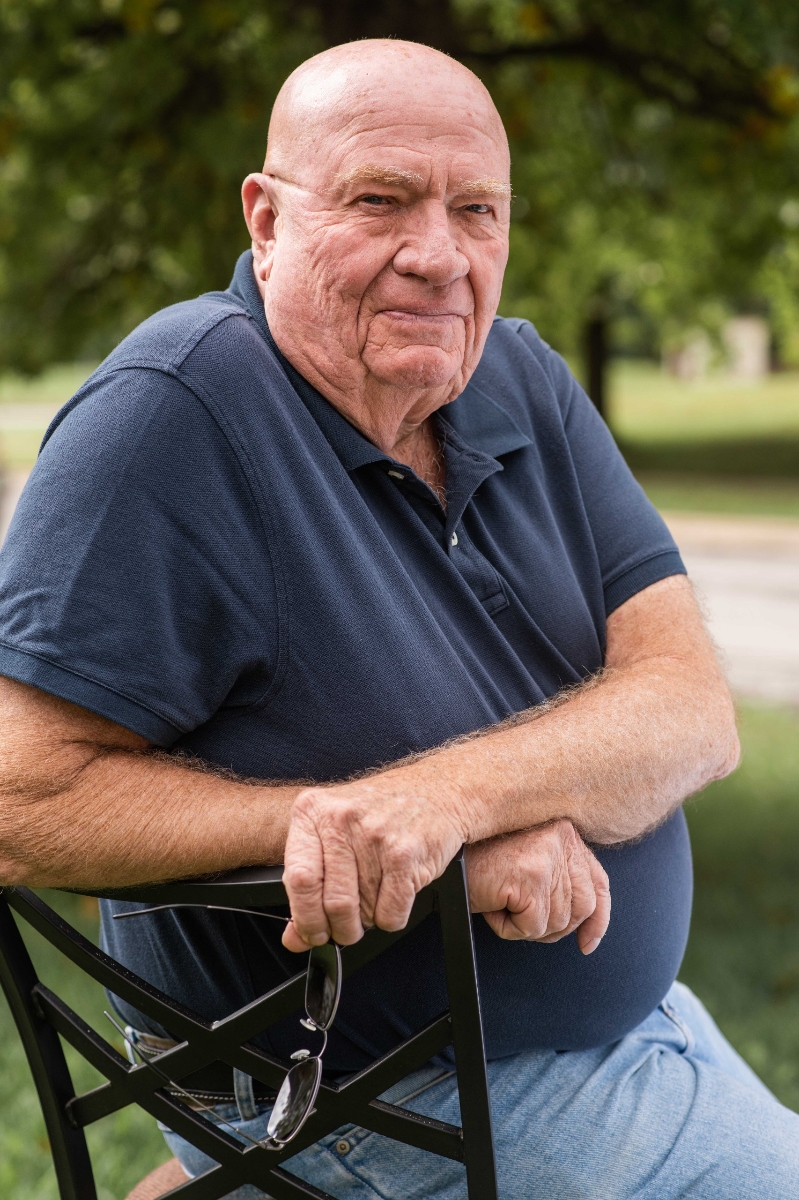 John was born in La Junta, CO on April 24, 1944 to Casey and Ann Butter. He was later followed by younger brother Jack Butter. While the bothers were in elementary school, the family moved to Atchison, KS and the boys attended Trinity Lutheran School and developed friendships that lasted a lifetime. After John finished his junior year, the family moved to Leavenworth, KS where John graduated High School in 1962.

John later moved to Lawrence, KS where he worked as a butcher and started his family. He married Sherry Michael in 1971, they later divorced. He welcomed Tonya Denise into his heart in 1978.

In 1993 John reconnected with his high school sweetheart, Barbara Ann Denton and they later married in 1997. The couple Married in New Mexico, thus expanding his family even more, adding Gregory Alan and Jennifer Lynn Dixon. Barbara passed away in 2007 after a battle with leukemia.

He is preceded in death by both parents, Casey and Ann Butter, and bother Jack Butter, by granddaughter Miranda Ami (Tonya Torrez) Roberts and wife, Barbara Denton.

He is also celebrated by his companion Sandra Whitehead, Lawrence, KS as well as extended family and friends.

A graveside service will be held at Memorial Park Cemetery at 2 pm on Friday May 13. Celebration of life following at Eagles Lodge, 309. Friends and family are welcome.

The family humbly requests memorial in the form of donation to Lawrence Boys and Girls Club, or Eagles Lodge 309 sent in care of the funeral home.

John was one of my favorite cousins. I loved his sense of humor and he could always make me laugh. He will be sadly missed by all who knew him. Rest in Peace John.

John, our longtime friend, many good times, laughs and memories. You will be missed Butter. RIP. Tony & Patty.

I will miss our conversations outside as you and Sandy always made me feel so welcome. My dog, Molly, and you became fine buddies, and I hope you’re enjoying each other on the other side. Fly high, John. My sincere condolences to his family, and especially to Sandy.

John, you just got back from Texas. We had not had a chance to sit outside and chit chat like we have done so many times over the past 8 years. Most all of our family knew you and loved you and Sandy. You will be sorely missed, John. May your family be comforted.

There was none better than Butter to make you laugh, and enjoy the fun times around him…he was always a wise crack from the word go. Our circle of friends, found us around each other often times in the late 60’s and 70’s, as I remember. I’m sure John will be missed by all. So sorry to hear of his death. GT

From Bob and Shirley Brandt...

We are so shocked and saddened to hear of John’s passing. He and Bob’s friendship started many years ago and he will be missed. Sandy, our hearts go out to you. What a blessing to have your nieces with you at this very hard time.

I am so sorry for your loss Sandy. My thoughts and prayers will be with you and John’s family.

LD
You will be missed

I was so sorry to see that John had passed away. It has been decades since I last saw him when he picked up his daughter at LaPetite, but each time, he was always very friendly and soft-spoken with a ready smile. My condolences.

I will always remember his infectious laugh and smile. He was a kind and caring man and will be missed. Rest easy my friend.

John was my sweet cousin who I grew up looking up to; he always made me feel special. He had a wonderful sense of humor; the kind that made you want to spend more time with him because you knew you were going to have such fun. John, I will miss you!
Pam Deal

From nley and Linda Hayden...

JB was my friend and will be sadly missed by both me and my wife Linda. We both say him at Walmart Friday, he was well and had just returned from Texas He gave her a kiss and hug as he usually did when he saw her. Rest in peace JB.