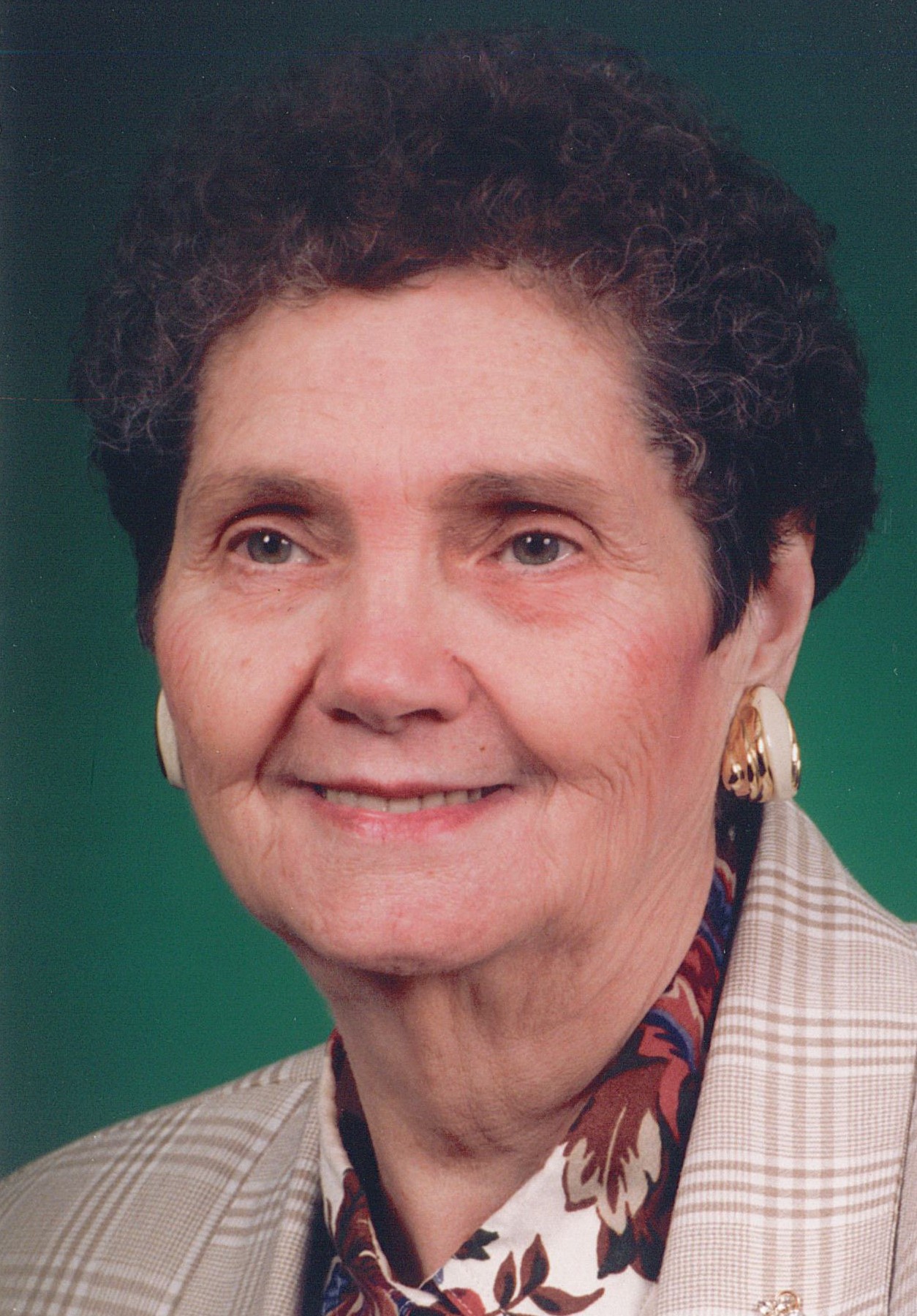 Marie Thompson, 92, of Lawrence, Kansas passed on May 20, 2022, at Pioneer Ridge Skilled Nursing Facility, surrounded by family. Marie was born on September 13, 1929, in Harlan, Kentucky. She was the daughter of Clay and Ollie Ward. Marie went to Harlan Kentucky schools and married Quentin Thompson on December 22, 1945. The family moved to Lawrence, Kansas in 1962 and Lawrence has been her life long home since. Quentin and Marie had seven children, Jim Thompson (Linda), Darla Beebe (David), Regina Stultz (Howard), Barbara Young (Rick), Ted Thompson (Cindy), Ollie Wenger (Chris) and Tom Thompson (Angela Ellison). Marie has 17 grandchildren and 34 great-grandchildren. She was a mother, housewife and friend to many. She made friends wherever she went. She loved to garden and spend time with her family.

She worked various jobs throughout the years including being the manager of the Velvet Freeze in her early days. She worked several years at The University of Kansas Student Housing Food Services and after that she worked more than five years at Furrs Cafeteria. Marie was a faithful Christian and attended many churches throughout her life. She has been a member of Plymouth Congregational Church for many years. She was preceded in death by her parents, her sister, Bessie Saylor and her husband, Quentin Thompson.

A private family service will be held at a later date.

From Monica Roberts and all of us at Pioneer Ridge...

Marie touched all who knew her. She was an earth angel with a kind and beautiful soul, and a very special lady. She was adored by all of us at Pioneer Ridge and we miss her dearly. She was more than a resident, she was my friend and I will never forget her. We love you Marie. It was a blessing to have you in our lives.

I was blessed to have known Marie through my good friend Ollie. When my daughter Maya was born and I eventually went back to work at the county, Ollie and I would take Maya to visit Marie when she was a baby. Those visits meant so much to me and are still some of my favorite memories. It’s not hard to see where Ollie got her kindness from. Marie was gentle, kind, and just a wee bit sassy. I’ll miss her. Jesus is blessed to have Marie with him!

Rest In Peace Marie. I know that your family will always miss you but they will take care of each other and always remember your love. You were always so sweet! Tell my Mom Hi!

I worked with Marie at the El Matador Cafe when she was dating Grandpa Ray she was Grandma Marie to me . I still have to get some Mama Maries dipwhen i go over there. She is an Angel that will be missed VERY DEARLY! 😢 Peace , and lot of prayers to the whole Family!!!!!

I knew Marie from pool exercise class at NEU Physical Therapy. She was such a nice person and always had that sweet smile for everyone. She was a friend of my mom’s (Katherine Zinn) and became mine also as we got to know each other. After my husband and I retired to Colorado Springs, to be near family, Marie and I kept in touch through Christmas and birthday cards and notes. We were back in Lawrence yearly. I would always set up a lunch for those of us remaining, so we could enjoy an afternoon together. I had made up lists of names, addresses, phone numbers and birthdays and gave copies to everyone. Was glad to still have mine so I could stay in touch. I have some great pictures of the group.
I hadn’t heard back from her these last several years. The last time I saw and talked with her was at Arbor Court. We moved my brother there almost three years ago. While having lunch with him one day, I looked across the room and saw Marie. I went over to talk with her. She sort of remembered who I was. Definitely remembered some of the things I talked about. While there is sadness here on earth, there is rejoicing in heaven as she is welcomed home by our Lord and family and friends who passed before her. Keep her alive through all the wonderful memories you have of her. Know that she did a lot of good in her corner of the world, for a lot of people. You were all blessed to have her in your lives.
Shirley Sapp

Loved your mom. Such an amazing friend for my mom, Betty, especially as Mom
got older. Your mom also babysat me when I was little and lived just down the street from you when she lived on Illinois. Marie will be missed so much, but I know my mom will be welcoming her in her new home. God bless your family.

Marie was a wonder roommate and I will miss her.God bless her.