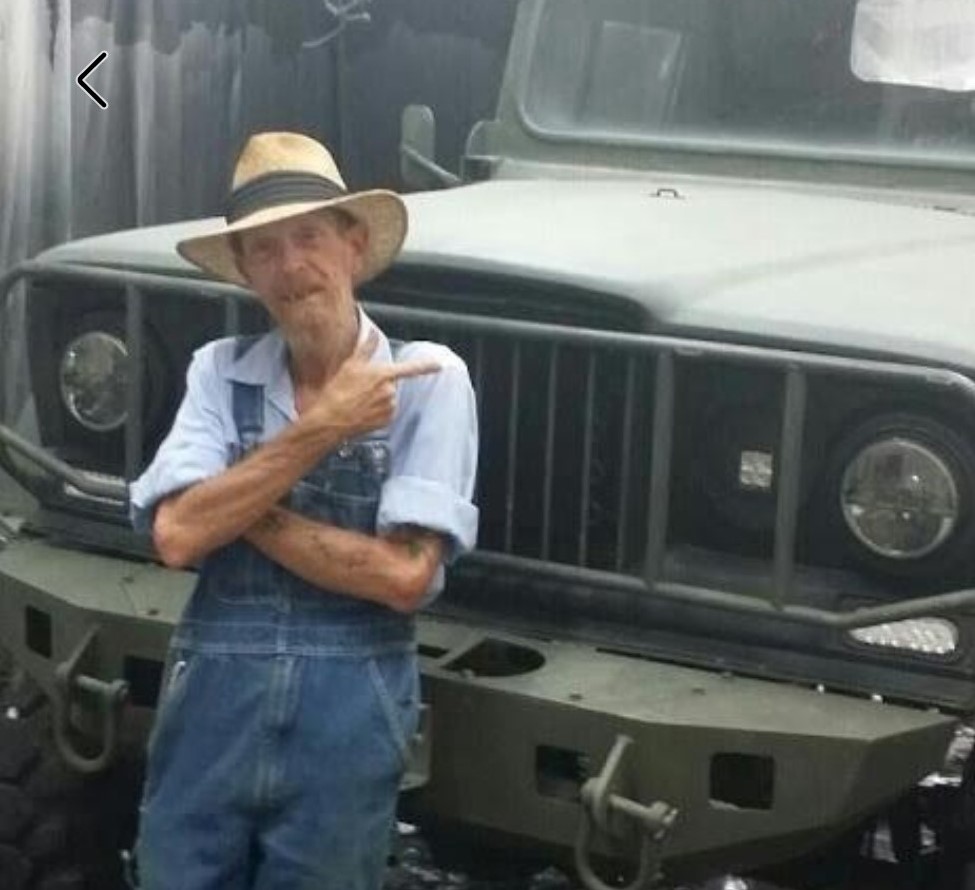 A Celebration of Life memorial service for Terrence Patrick “Bones“ Morris, 60, Lawrence, Kansas is being planned for June 26, 2022, from 2-4 pm at

We welcome all family and friends to pay their respects and join us in celebrating the life of our dearly departed loved one.

Known affectionately by friends and colleagues as “Bones“, Terry passed away Tuesday, February 22, 2022. He was born February 21, 1962, in Excelsior Springs Missouri to parents, Donald A. and Rosemary L. Morris. He attended Wyman Elementary for 1st through 5th grades, where he was promoted past the second grade for academic achievement. He finished his primary education after moving to Lawrence, Kansas in 1972, at Deerfield Elementary School.

West Junior High School, and Lawrence High School were stopping points, along the way to completing his 1-12 education, in the United States Navy, where he served as a U.S. Navy Seabee, throughout Operation Desert Storm, in addition to deployments in Italy and Haiti.  As a young adult, prior to enlisting, Terry and his wife at the time, Donna, brought their son, Jesse James into the world and both took great pride in him.

Having worked previously in food service elsewhere and for the University of Kansas, after returning home from Desert Storm, Terry returned to work at KU where he ultimately became an electrician, working in that role and others for 25 years until the time of his passing.

He enjoyed his leisure time honing his craft at his two primary pastimes: smoking of a wide variety of meats and other foods and performing live blues music. Terry was very well known and loved in both realms, having an active presence and participation with BBQ enthusiasts online and around the country, as well as being a very active part of the local music scene for many years.  Deeply loved by his son, his siblings, and family as a whole, Terry was, by all accounts a gentle and loving, kind and generous soul.  He shared his gained knowledge and passion for the things that he loved to help anyone he could to feel welcomed, appreciated and loved. Terry was number seven of eleven siblings who have shared a common love and regular practice of great humor, quick wit, as well as unapologetically silly tomfoolery whenever the occasion called for it.

We are all filled with and comforted by many great memories of the times of love and laughter, music and merriment we were able to share with our “blues” brother.

Terry was preceded in death by both parents and a sister, Tricia Howard.

He is survived by his son, Jesse Morris, also of Lawrence, as well as nine siblings and their spouses, Donnie and Mary Lou Morris of Willits, CA, Lynne and Warren “Woody” Barlow, Eureka Springs, AR, Barb Hachey, Parkville, MO, Mark and Shelia McCanon, Lawrence, KS, Brian and Brenda McCanon of Lexington, VA, Shawn Morris, Dawn and Roy Rountree, all of Lawrence, KS, Shale and Chelly Morris of Comstock Park, MI and Rogue and Kayli Morris, of Buckner, MO, and no less than 31 nieces and nephews and a multitude of cousins.

Though we are united in mourning the loss of our brother too soon, we commonly carry with us the love and kindness he brought into our lives.

I knew Mr. Bones from the Pitmaster Club forum on AmazingRibs.com. He seemed to always be one of the first to welcome new members and was always encouraging to us less than expert smokers. I learned of his love of music and “guitfiddle” like myself and traded advice about gear etc. I sure miss him on the forum.
Peace and comfort to his family and friends.

So sorry for your loss, I enjoyed working with him. Bones will truly be missed.

RIP our good friend Bones. You will be missed, from all the members of the Squier-talk .

Mr. Bones was one of the first people to welcome me to the Amazingribs forum.
His authenticity and colorful way of wording made him unique.
No matter what was on his mind, there was always good advice and opinions from him. And he had many stories to tell.
He has also experienced what life can offer for better or worse. And he unfortunately had his problems after his military service.
Mr. Bones had a musical originality. A good guitar player who knew his fender guitar.
I talked to him about wanting to learn to play the harmonica and he gave me good advice on which harmonica I should go for and he would mentor me and teach me how to play .. Unfortunately this did not happen because his sudden and unexpected deaths.
Mr. Bones is the best friend I never had the honor of meeting.
Rest in peace Brother!
Elton’s BBQ-pit Norway

My brother George eoannou. Sister in law Debbie knew mom dad WORK ed packers my brother said dad taught him mold change and mom worked for ever there put up with people . wonder ful mom she talked alot about kids I took her home little house north Lawrence and said kids some lived on maple around. From her house by tracks and one this took home up 9th street hill turn. A son helped build hab ta homes spell. And son in Kansas sure his name. My brother loved dad

I worked with Bones at KU. He was great person too set and talk with. Very knowledgeable in many ways. Know he will be missed by many. Bones RIP my brother.

I was shocked to hear of his passing,everyone who met bones, always came away with a smile.we will miss you, on a personal level, I will miss you, goodbye my friend

It was a true pleasure to have Terry as a coworker. He was always so nice and upbeat. Heaven received an earthly angel the day the Lord called him home to become a heavenly angel. My condolences go out to his family and friends. RIHP Bones. You are already missed by many…..

Mr. Bones was an individual that displayed at all times what I like the most about Amazingribs and the pitmaster club. We are all searching for someone to take up the mantle. We never will of course because he was a unique individual that many of us found inspiring. I miss him on the site and share your sorrow at his passing. All the best going forward and lets keep him in our hearts so that his memory will live on. Again my condolences at your loss.

Mr. Bones is deeply missed. He was a bright light who could always be counted on to make you smile. When I learned he had left us I was heartbroken. The only remedy was going back to some of his writings and he made me smile again. Thank you Mr. Bones.

As a member of the Pitmaster Club Amazing Ribs, there is not a day that goes by where I do not miss kind and helpful comments from “Mr Bones”. To all of us in the pit, he was a man of honor and integrity and was someone who would go out of there way to help, no matter what. Rest in peace “Mr Bones” and my condolences to all of his friends and family.

Mr. Bones had a way making this world a better place. I am glad I had the privilege of meeting him (even if it was just online). He is truly missed. My condolences to his family, and all of his friends.

Terrance is still missed every day. Buried not too far beneath the accented typing of Mr. Bones, there was a keen intellect and a nature that was always supportive, always helpful and never failed to lift up a friend or a stranger. Those of us who were never able to eat, sing and laugh with him in person are so very happy for you friends and family who were so blessed.

I have known Mr. Bones for almost three years here on the Amazing Ribs Pitmaster Club at Amazingribs.com. We have a great organization, but it is not the same now and never will be the same since Terry left us. He was always building up those around him, who in most cases knew far less about BBQ and the art of smoking truly great meat than he did. He was humble, friendly and he made it seem easy to feel like I had known him all of my life. I wish I could have met and known him personally as I am sure he would have been a blast to know on a more personal level. None the less, I feel truly blessed to have known and conversed with him through our organization where he shared freely so much of his knowledge regarding the smoking of meat as well as simply hanging out and being online friends. We all really miss Mr. Bones.

Terry, or as we in the AmazingRibs.com Pitmaster Club knew him, “Mr Bones”, was special for sure. He was to us a kind soul who was always there to give a note of optimism and an attaboy when someone shared a BBQ story or picture. We’ll always remember how he spoke to us in his trademark typed accent. We always loved reading his many kind words and talking BBQ. It was a shock to hear the news, he’s irreplaceable. Condolences to his family reading this.

Mr Bones meant the world to us over on AmazingRibs. He was always quick to offer support, both virtual and physical. Such an amazing man, thank you so much for sharing him with us.

I knew Terrence for about 5 years as “Mr. Bones” on the online Amazing Ribs Postmaster club, and feel from many of our private musings that we were likely long lost cousins. I know from family tree research that part of the Morris clan I descend from left the hills of East Tennessee and went west to Missouri and areas farther west, and he looked so much like some of my relatives.

Regardless of whether we were related by blood, I felt a friendship and bond to Terrence, and he is sorely missed by myself and so many others around the world.

I wish nothing but the best to you, his close friends and family, and know that my condolences mean little, but please know they come from the heart, and I’ve been lifting you in prayer since first learning of his passing.

While I only knew Terry from the online Pitmasters forum, I for one, will truly miss him. His sense of community marked him as a truly kind and generous person. He always had a kind word for everyone and his humour and bonhomie shown through every post he made. All he had to do was comment on one of your posts and you knew that you had a friend for life. My condolences to Terry’s family and I hope that the fact that he was known and loved by a disparate “family” from around the world is some small comfort.

Mr. Bones had had a far reaching impact on people, including many who had never met him in person. I being one of them from halfway across the globe and I feel truly privileged to having been connected with the special individual Mr. Bones. You will be missed but always with us.

Never met Mr. Bones but found him a kindred spirit in the smoking and music community.
His humor and wit are only surpassed by his humanity
With my condolences, RIP Mr. Bones

Rest in Peace Mr. Bones. You are and will continue to be greatly missed by your friends in the smoking community. Prayers for peace and comfort for your family.

Rest in peace Terry. Deepest condolences to your family.