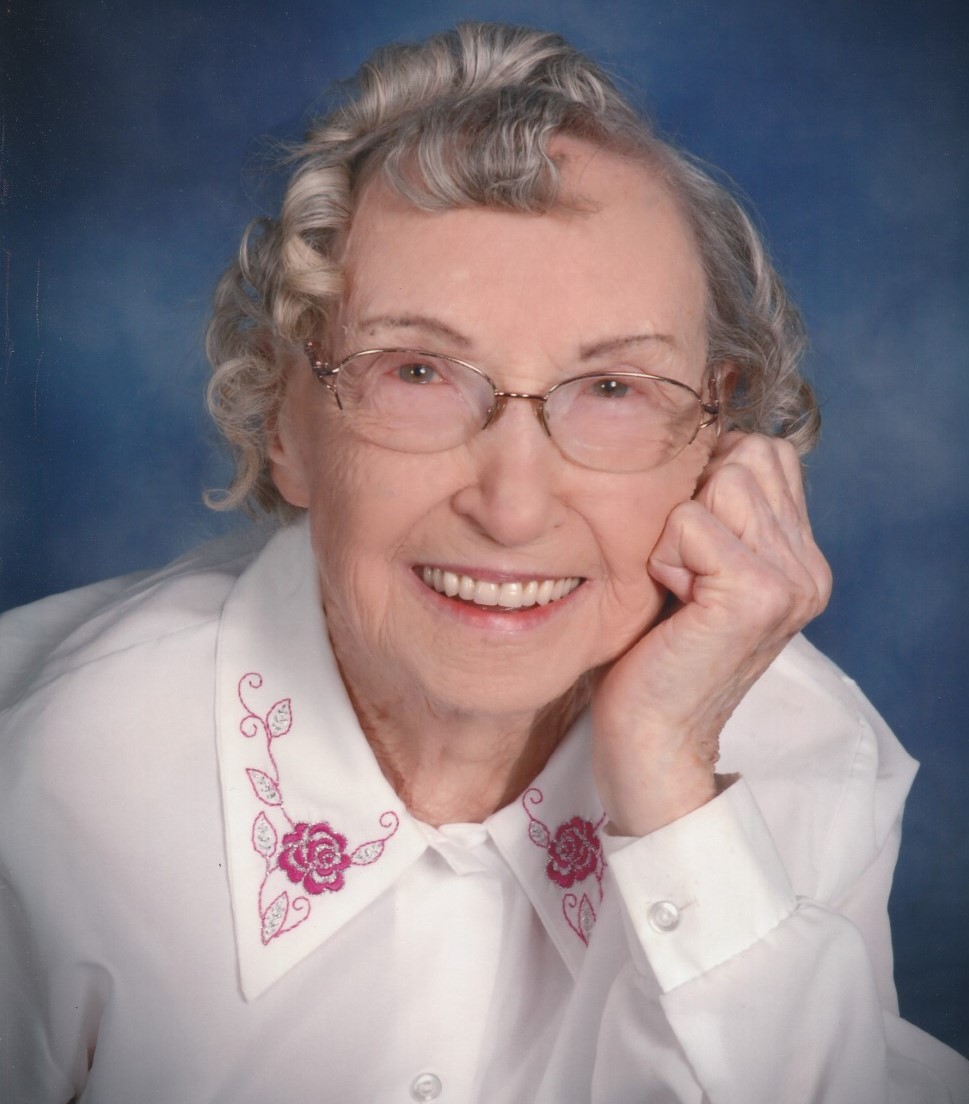 Alice Elizabeth Leonard died peacefully on the afternoon of July 14th, 2022, at Neuvant House Assisted Living Facility in Lawrence, KS. She was 106 years old. Alice, an only child, was born in Carnegie, Oklahoma on April 1st, 1916. When she was two, the family moved to Lawrence where her paternal grandparents had a big farm. Her father, Wesley Smith, worked as a barber and her mother, Ola, worked as a seam-stress.

Alice attended Quincy Grade School (at 11th & Massachusetts), Lawrence Junior High School (then at 9th and Kentucky). She graduated from Liberty Memorial High School at 1400 Massachusetts Street in 1933. She went on to Kansas University, receiving a BA in biology in 1937. In 1939, she added a Master’s degree with a dissertation on parasites in rabbits. While at KU she fell in love with her zoology teacher, A. Byron Leonard. They married in 1939. In 1941, they moved into a two-story frame house on Louisiana Street, where their three sons were born.

Alice was a talented artist creating fine jewelry and many paintings, as well as quilts and crocheted pieces. She also liked collecting things and had extensive col-lections of dolls, teddy bears and souvenirs from her many world travels. Alice loved music and was a great fan of Elvis Presley, visiting Graceland twice. She and her husband often went dancing at local clubs. She continued dancing until she was 104!–every Thursday night at the American Legion when the Junkyard Jazz swing band played.

Alice’s husband died in 1987. Her youngest son, Steve, died in 2006. She is survived by two sons (Byron Leonard and David Yunuba), three grandchildren, five great-grandchildren and two great-great-grandchildren. A memorial service is planned for sometime in September.

Years ago, Alice and I were members of the Lawrence Doll Collectors Club. Even though she wasn’t very talkative at the club meetings, she was always very sweet, kind and it was very interesting to listen to her. I had no idea she had been so active in her lifetime but am thrilled to think of all the things she did and places she’d been. She will be missed and I will always think of myself as being lucky to have known her and being able to spend a little time with her.

She will be missed. So enjoyed serving her at the American Legion.

Alice is remembered as a very kind lady. Nancy Leak and I spoke of her often. My father went to dances also and would always dance a few with Alice. You had to be proud to call her mom with so many accomplishments!