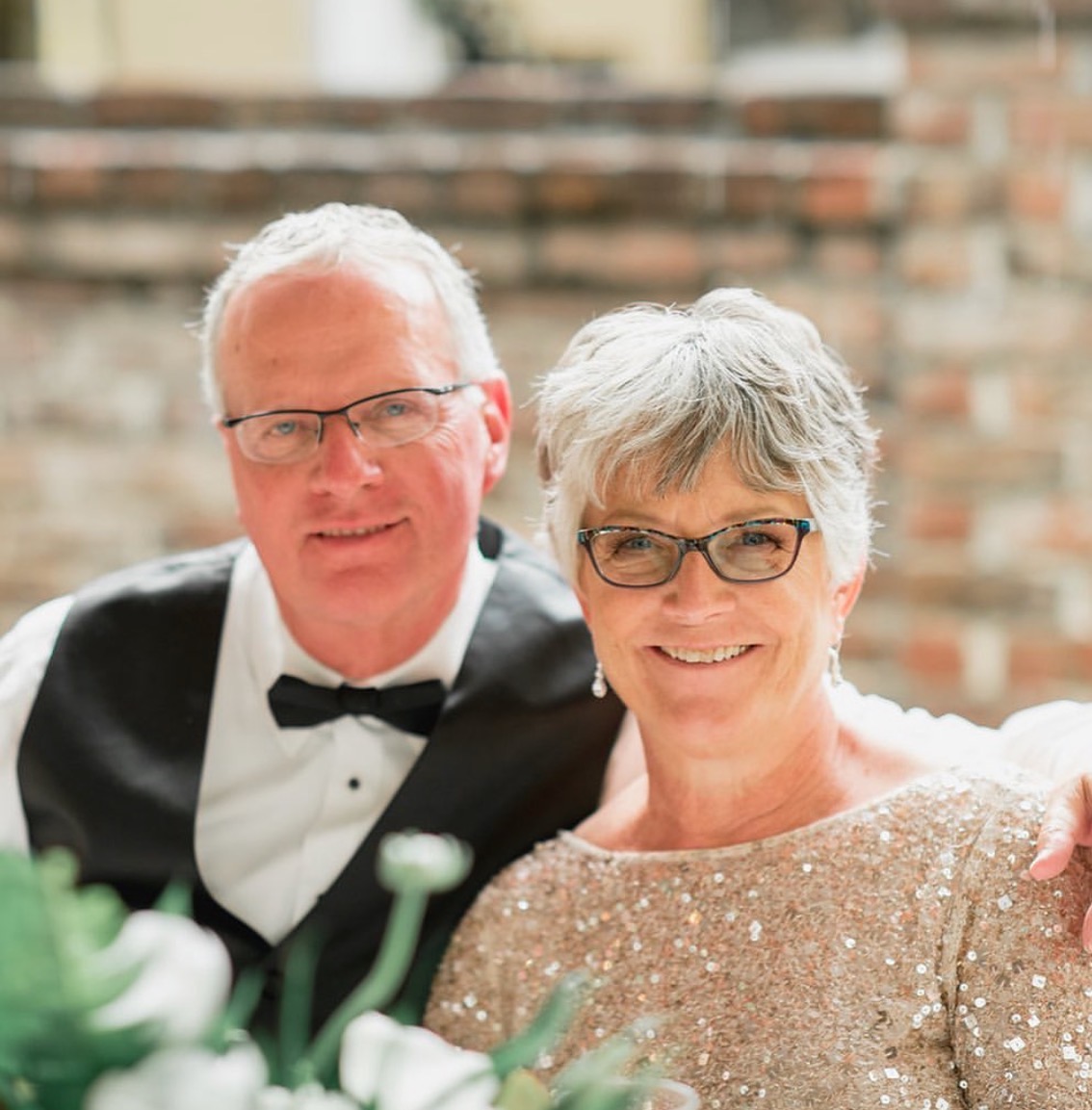 Martin Douglas “Doug” McCurley died at home on July 14, 2022 surrounded by his wife and daughters.

Doug was born on June 3, 1951 in Fort Scott, Kansas. Doug grew up in Fort Scott and eventually moved to Denver, Colorado, where he would meet his future wife Kathleen “Kathy” Overton.

Doug and Kathy were married on November 25, 1978 in Denver. Doug and Kathy welcomed four daughters into their lives in Denver but then soon moved back to Fort Scott to raise their young family. When two of their daughters later settled in Lawrence to start raising families of their own, Doug and Kathy quickly followed and made Lawrence their new home. Doug was an avid KU basketball fan and loved living in the city home to the cathedral of college basketball.

Doug’s greatest joy in life was being a devoted “Papa” to his four grandsons. His four boys were his best friends and his world circled around them. No rain, sleet, snow, or excessive heat could keep him from sitting on the sidelines of any and every event or game the boys were in. Not even Glioblastoma could keep Papa away from anything involving his boys. Until the very end, you would find Papa Doug in the stands cheering on every play.

Doug was a happy warrior-patient, kind, humble, and oh so funny. He was unabashedly patriotic and a grateful servant in every aspect of life. To know Doug was to love Doug and his absence will be felt always.

Doug is proceeded in death by his parents Louise and Hubert McCurley, his sisters Lucille Langdon and Elaine Ropp and his life long best friend Dave Regan. He is survived by his wife Kathy, his four daughters Alissa McCurley Vogel, Vanessa Tourtillott, Lindsay McCurley and Krista McCurley, his two son-in-laws Richard Vogel and Justin Tourtillott, his four grandsons Maxtin McCurley and Everett, Benjamin, and Leo Tourtillott, and his siblings Cedric McCurley, Bernie Simmons, and Anne Johnston.

Celebration of life services will be announced at a later date. Doug has requested that in lieu of flowers, any memorials be sent to the Corpus Christi CYO Saints basketball team for their drive to purchase new basketball uniforms. Corpus Christi Catholic School, 6001 Bob Billings Pkwy, Lawrence, KS 66049

So sad to hear of my old classmate and friend. Had lost touch over the years but Doug and the entire McCurley clan meant more than you know. Such a good guy and especially enjoyed watching and playing sports wit Doug. I can only imagine what a great family man he was.

Kathy, Vanessa, Krista, and all the family:
I am so sorry to hear of Papa Doug’s passing. My heart is breaking thinking of how much he will be missed. He was such an awesome man. I never saw him without a smile. I will be praying for you all. If you ever need anything, I’m a phone call away. All my love and prayers,
Shelly

From Kristy and Gary Bolden...

Doug and Kathy are some of the best people we have ever known. Doug was kind to everyone and had a bright smile he enjoyed sharing, and so funny. No doubt he was the best papa ever. We feel blessed to have known them. Our prayers are with Kathy and the whole family. Rest in peace.

May you find all the care and peace to get you through this toughest time of your life. You and your family are in my prayers.

Kathy, I hurt for you and your family. Doug’s passing is a huge loss. Knowing your faith and your optimism, I can hear you rejoicing about Doug’s glorious Home. May God comfort you as only He can.

Krista and Vanessa,
I’m so sorry for the loss of your Dad. He was one of my very favorite Papa’s at preschool. I loved seeing how happy his boys were when they were with him. Thoughts and prayers to all of your family. Miss Cathy

I am so sorry to read of Doug’s passing. I worked with Doug in Pittsburg and he was a great person. He was funny and kind. Sending prayers to your family.

Kathy, I’m so sad to hear of Doug’s passing from this earth. May God wrap his loving arms around you and your family as you grieve his loss in your lives. May you be wrapped in prayers and know you are loved and cared for during this difficult time. My deepest empathy for the loss of Doug in your life. May the awesome memories you shared together give you comfort, peace and joy.

Kathy I am so sorry for your loss, and am holding you and your family in prayer.

I feel honored that I got to know Doug. What a special man! My love and prayers are with you and your family.

Kathy, I was so sorry to hear about Doug’s passing. You had such a joyful marriage and together created a loving and close knit family. I hope your memories of happy times with Doug will sustain you in the days to come. You and your family are in my thoughts and prayers.

From Leta and Steve Strom...

Kathy, Krista and family, we are very sorry to hear of your loss. You have always been a beautiful example of a loving couple and family. We are praying for the Lord’s comfort and love to surround you.

Kathy,
I am so sorry for your loss. May all those memories bring you some comfort.

I’m so sorry for your loss. My heart goes out to all of you.

One of the nicest guys I’ve ever met! Loved him. So sorry to hear he is gone. Rest well my friend

Krista— I’m sorry. I hope you feel some comfort from good memories, the love and care of family and friends, and the tender compassion of our God. Michael Miller

Surrounding your family with thoughts, prayers and hugs – so honored I was able to meet Doug at Alissa and Rick’s wedding.

Kathy, I can’t find the words to tell you how sorry I am to hear this. Offering prayers to you and your family. Hugs.

Kathy, I am sorry for your loss and praying for the God of all comfort to envelop you and your family with His love. Thankful I had the privilege of knowing Doug. He was such a kind and thoughtful man. Sending love with prayers.

Will never forget he and David on the chain gang. I’ll have to have a snicker in their honor! One incredible man.

Kathy,
I am sorry for your loss. I’ve known him for over 50 years due to my years on Eddy Street. He was kind,caring and loved his family. I will be praying for you,your daughters and those precious grandchildren.

I don’t know when Doug and I met, probably at Winfield Scott. There are so many common memories shared when you go fromK-to College, sports, social events, teenage rambling with Regan, Stoughton, Garrett. Doug had great athletic skill. In 1972 we were teammates on Shepherd Motors Fast pitch team. (Best fast pitch team I was ever on and 15-1 in the League at the peak of fp in the Fort) Regan on the mound, Doug at Third. I was on first. I had to be specially alert cause Doug’s awesome arm. His throws, especially when he threw hard, could move like a Regan curveball…Special man, special memories……

Kathy and family,
I am so sorry for this great loss in your life. I’m glad he is in no more pain and in God’s loving arms. Praying for you.

Kathy, All my memories of Doug over the past 50+ yrs, have always brought a smile to my face. He was kind, gentile, funny, he had a certain innocence about him, he was a fierce competitor, and most of all, he had a really good kind heart, I couldn’t have asked for a better Brother -In-Law. I loved Doug dearly and l’m so blessed to have had him in my life! All my love to you, Kathy and the Girls, and those beautiful Grandsons! Please know that we’re here for you in any way possible! Love always Uncle Doug ❤️

My heart hurts for you, Kathy, and all of his loved ones and friends. Doug was such a good neighbor and man.