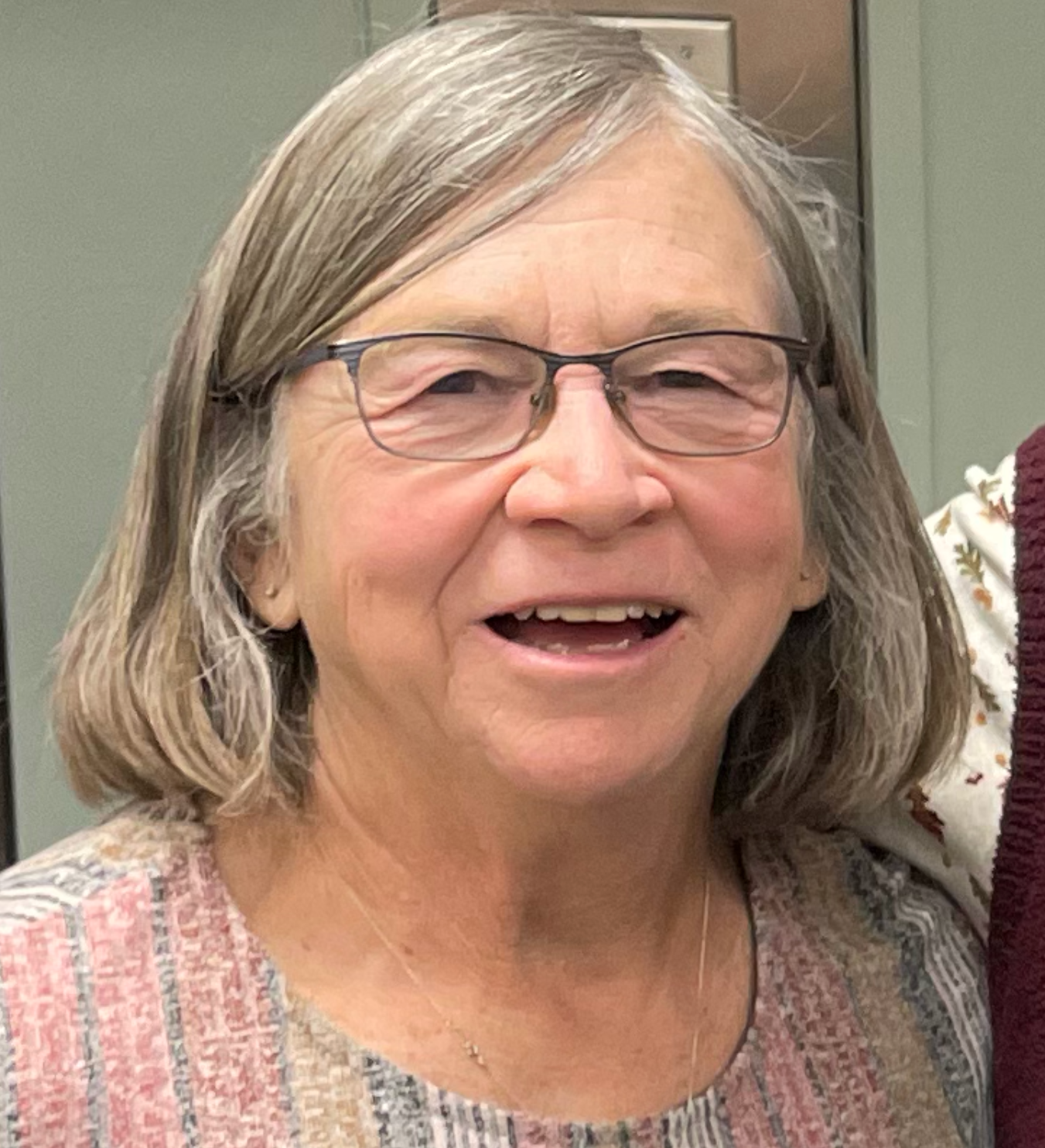 Joanne Kirkpatrick was born on February 23, 1945 in Oswego, KS, the daughter of Wilbur and Esther (Strickland) Kirkpatrick.

She attended Oswego schools and following graduation from high school she attended Stormont Vail Nursing School, Topeka, KS and graduated as a registered nurse. She started her nursing career at Lawrence Memorial Hospital and later joined a private practice where she worked until she retired.

On July 24, 1965, she married the love of her life Lloyd Dean Hoobler at the First Methodist Church in Oswego, KS. Last month they celebrated their 57th wedding anniversary. Lloyd survives of the home. They raised two sons in Lawrence Kansas. Her greatest joy came from spending time with her family, taking care of her many plants, camping out with their camping group, enjoying winters in Arizona. and visiting with friends and neighbors.

In Lieu of flowers, memorial contributions can be made in Joanne’s name to the Lawrence Humane Society and may be sent in care of Rumsey-Yost Funeral Home, PO Box 1260 Lawrence, KS 66044.

Lloyd and Family, Joanne’s memorial was a grand tribute to a wonderful lady, friend and neighbor for over 40 years. Tony and I will miss her and our chats. 🌻

Our thoughts & condolences are with you & your family, Lloyd.
Joanne was a special person. I’ve always appreciated our friendship and, in recent years, enjoyed getting together with you during your time in AZ.

From Darrell and Debbie Huff...

Sending prayers and comfort to you, Lloyd and your family! May you peace in the memories you hold dear to your heart! Darrell and I are so sorry to miss Joanne’s celebration of life as we will be out of town! Our hearts and prayers are with you sweet friend!

From Kevin and Lori Markley...

Lloyd, Chad and Family. We are very sorry for your loss. Our thoughts and prayers go out to you guys during this time.

Lloyd- I am so sorry for your loss. Though I’ve not been part of the family for a long time, neither you or Joann ever treated me any different and I still feel like I lost a mother in law. Joann was an amazing lady that I had the privilege of knowing for almost 35 years. She will definitely be missed.

Lloyd, Chad, and family – I’m so sorry for your loss. Thinking of you all.

So sorry for the loss of JoAnne. She was a bright light in everyone’s life. We have many wonderful memories of her and the family too.

From Julie and Bryan Wyatt...

Lloyd and family, so sorry to hear of JoAnn’s passing. She was always so pleasant to visit with and had that infectious glowing smile. Our sincere condolences to you all during this difficult time.

From Anita and Richard Meyer...

Dear Lloyd and family.
We are so sorry for your loss. We enjoyed Joanne’s company so very much. She was always happy, kind, thoughtful, and a joy to spend time with. We will miss her as will so many others. Rich and I have you in our thoughts and prayers.

Lloyd and family so sorry just heard of Joanne’s passing. So, so sorry. God bless our thoughts and prayers are with you.

Lloyd and Family, we are very sorry about Joanne’s passing. Our prayers and thoughts are with all of you. We have many wonderful memories.

My prayers are with you all.

I’ll miss seeing Joanne’s smiling face when I come for visits. She was a great person She’ll be missed

Lloyd my condolences to you and your family at this time. May you find peace and comfort at this time of sorrow.

I loved Joanne’s laugh so much! I have so many wonderful memories with her. Lloyd, I’m so sorry this has happened. I loved her so much. Sending you comfort and prayers.

From Donna Ikenberry and Mike Vining...

Lloyd, one of our most memorable moments in Alaska in 2014 was meeting you and Joanne and becoming dear friends. So glad we got to see you in Kansas and Arizona. Our thoughts and prayers are with you and your family.

Lloyd sorry to hear of your loss. You are in our prayers. I agree with Linda it’s been a long time since city hall.

So sorry to hear about Joanne’s passing. My thoughts and prayers are with your family.

Lloyd, we had no idea Joanne was ill. What a tremendous loss for you and your family. Our prayers and heartfelt sympathies to you and your family. I always enjoyed seeing Joanna whenever we happened upon one another. Seems like eons ago since “city hall” days! Take care of yourself.

From Martha and Richard Roberts...

So very sorry to hear of Joanne’s passing. Know she will be greatly missed by family and friends. Know you have beautiful memories. Prayers are with you all.

Should have said Loyd – so sorry phone changed it.

Loud & Family, we are still in shock over the rapid passing of Joanne. You two have been great neighbors & our camping club family. Joanne will be truly missed from her bright smile, keen wit, to her helpful & positive attitude. What can Dale & I do for you now & down the road. With prayers & loving memories.

Chad, we are so very sorry for your loss. Please know we are saying prayers for comfort and strength for you and your family.